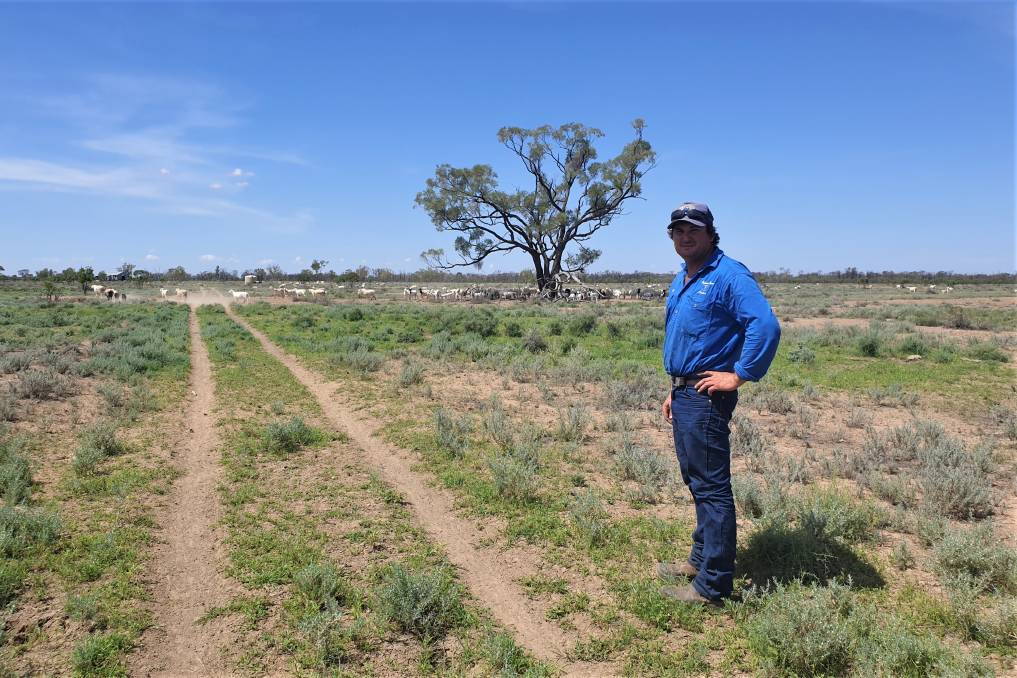 Feeding out: Some 150mm of rain since Christmas has grown plenty of herbage for Scott and Alison Todd's Aussie White/Dorper flock currently lambing at Bollon. Pictures: Sally Gall.

Southern Queensland is fast regaining ground lost in the sheepmeat industry, thanks largely to wild dogs, and one couple helping boost numbers are Scott and Alison Todd at Brigalow Downs, south of Bollon.

Southern Queensland is fast regaining ground lost in the sheepmeat industry, thanks largely to wild dogs, and one couple helping boost numbers are Scott and Alison Todd at Brigalow Downs, south of Bollon.

Along with a rangeland goat operation, the Todds decided in the middle of the last decade that they needed to diversify into small animals to remain viable.

Their choice of Aussie Whites for the sheepmeat side of the operation was based on doability and temperament but above all, eating quality.

"I looked at all the pros and cons and I couldn't find a reason not to try them," Mr Todd said.

"If there was going to be a Wagyu of the sheep industry, it's hit the nail on the head.

"No-one can argue with it when you eat it, it's just so far in front of anything."

His philosophy is that when markets inevitably come back, it will be the most sought-after breed internationally that will give operators a more level playing field, which he believed Aussie Whites would offer.

The Todds are playing the numbers game at the moment, putting Australian White rams over Dorper ewes to build up numbers, but are aiming to breed pure Australian White sheep as soon as they can.

"They come out speckled and every colour but they're a better sheep straight away, they eat better," Mr Todd said. Some interesting colour variations are resulting from the Aussie White-Dorper cross that the Todds are using.

He acknowledges his luck in jumping on the Aussie White bandwagon early when they were able to buy top quality rams from NSW's Tattykeel stud for $1500, whereas now they are worth many times more.

"We paid up to $7500 for flock rams last year and I didn't really have too much of a problem with it because of where I think the industry is going to go," he said.

Similarly, the breed was too young and numbers too limited to buy pure Australian White ewe genetics when the Todds started down the path of sheep, hence the need to breed numbers up.

Some Dorper/Australian White-cross ewes were purchased from the Lindsay family at Longreach, which had originated from Cunnamulla.

They double join the ewes, scanning them and rejoining the empty ones.

"We scanned 140 per cent in lamb but weaned 96pc at the first joining after rain," he said. "The trouble is, you can't fence birds out."

They are hoping that as alternate food sources, such as kangaroos and rabbits, return to the landscape, the pressure will come off their stock.

The Todds have a diverse mix of country on their 36,420ha of country, north and south of Bollon - a third of it is pulled brigalow gidyea melonhole country, another third is red mulga country, and the remainder is a box wilga beefwood land type.

At Brigalow Downs they grow Mitchell grass, native grasses and herbage when it rains, while they have buffel grass doing well at Bindebango north of Bollon.

Their second round ewes are lambing now, and the latest ram purchases will be going out for the next joining in a month's time.

Mr Todd said they joined on a strict calendar in order to fit everything in, rather than waiting for green feed.

"You don't know when it might rain so you can't wait for that," he said. "If necessary we'd spike feed." 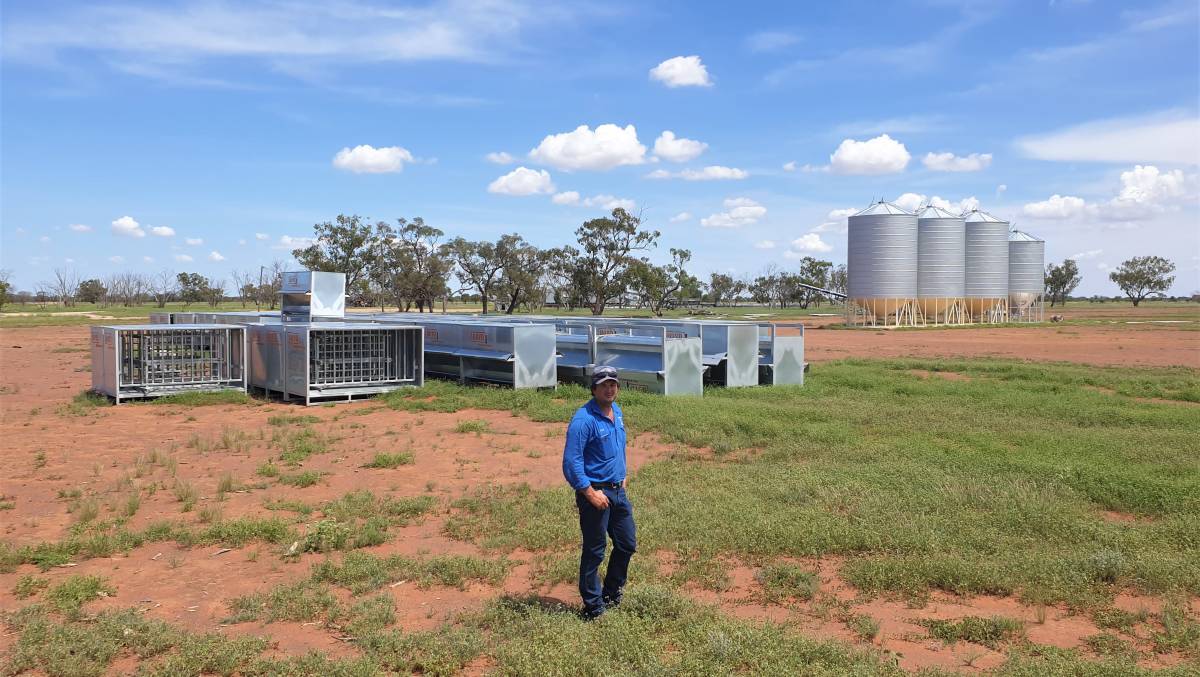 All the parts for an automated drought feeding facility are on property and waiting to be assembled.

Knowing that dry years are more likely than wet ones, they've begun installing an on-farm $700,000 drought feeding facility so that they can turn off a consistent article.

The module from Boyd Metal Works at Cowra, NSW, is going to be fully automated and will have capacity for 6000 sheep.

Although there are a number of companies making them now, thanks to the growth in interest in drought feeding in southern states, Mr Todd said he liked the Boyd set-up because it stored a lot of grain in the feed bins so if there was a technical issue, the sheep would have enough grain in the pens to get by.

"I decided to go that way and spend the money so that when it does get dry and you have to feed large-scale you're not married to it, you can still do your fencing, your development, which is easier to do when it is dry," he explained.

"It'll come out of four silos into a central mixing box and deliver to the feed pens automatically, you can do it on your phone at home.

"The waters are all automatic and clean."

Brigalow Downs was once owned by major NSW Merino operator Dermot Murray, who built an eight-stand shed on the property.

Although it was only used once for that purpose before the property was sold and the Merinos moved on, the Todds have sited the feedlot beside it in case they need weighing and processing facilities.

"We though about running Merinos a couple of times because of the facilities but the return's not there for us," Mr Todd said. "Those who've stuck with it will do OK but we're not chasing fly or crutching now."

He said they had multiple uses planned for the feedlot such as spike feeding ewes to join or finishing lambs.

"We can do feedlot weights out in this country, we'd be doing over 300 grams a day now, but when it gets dry you want to be able to turn off that consistent quality article," he said.

Their lambs are marketed by GDL in St George and have been sold into various markets including AuctionsPlus and Shane Elliott's feedlot and slaughterhouse at Roma.

"At the moment we can get them to kill weight so they're going straight to TFI," Ms Todd said. "When it was drier we'd sell them as store lambs at Dubbo."

They feel confidently situated as far as feed supplies are concerned, being 240km north of the wheat board at Walgett in NSW.

The story Aussie Whites top of the menu at Bollon first appeared on Queensland Country Life.