Tropical cyclone Niran has developed into a Category 2 system.

The system is currently 280 kilometres northeast of Cairns and 255km east northeast of Cooktown, moving north northwest at 7km per hour.

The Bureau of Meteorolgy said Cyclone Niran has sustained winds near the centre of 95km/h with wind gusts to 130km/h..

#CycloneNiran is expected to remain off the north Tropical Coast while intensifying over the next day or two. A coastal crossing is not expected, but gales about coastal and island communities remain possible. #QLDweather - https://t.co/yHwYgxPoBMpic.twitter.com/AMqO81KH5X

Tropical cyclone Niran is expected to remain slow-moving off the north Queensland coast while intensifying further on Wednesday to a Category 3 system.

Coastal crossing of the cyclone is not expected, but BoM said as the cyclone develops, it may extend gales about the coastal and island communities tonight or on Wednesday.

From Thursday onwards, the cyclone is expected to take a southeasterly track, away from the coast. 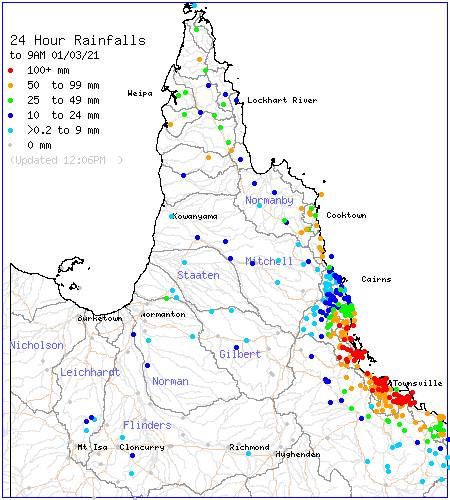 GALES with gusts to 100km/h may develop about coastal and island communities between Cape Flattery and Innisfail late Tuesday evening and Wednesday morning.

It will extend further south to Lucinda later on Wednesday if the system tracks a significant distance to the west and closer to the coast.

A Bureau of Meteorolgy spokesperson said Cyclone Niran's slow development is due to limiting environmental conditions.

"The steering pattern remains weak due to the system being caught in between subtropical highs on either side and an upper trough to the south," BoM spokesperson said.

"This means that the cyclone is likely to remain slow moving just off the Qld coast until the pattern changes.

"A stronger upper trough may develop to the south by Thursday. Global numerical weather prediction models are varying the amplitude of the trough, though.

"Two of the global models have a weaker upper trough, hence suggesting the cyclone may drift closer to the coast on Wednesday or Thursday, before finally begin moving it southeast by Friday.

"Whist other models suggest a sharpening short wave trough to develop over eastern Qld, forcing the cyclone to begin a rapid movement towards the southeast on Thursday."

Localised heavy rainfall may occur around coastal and island communities due to the moist onshore flow. 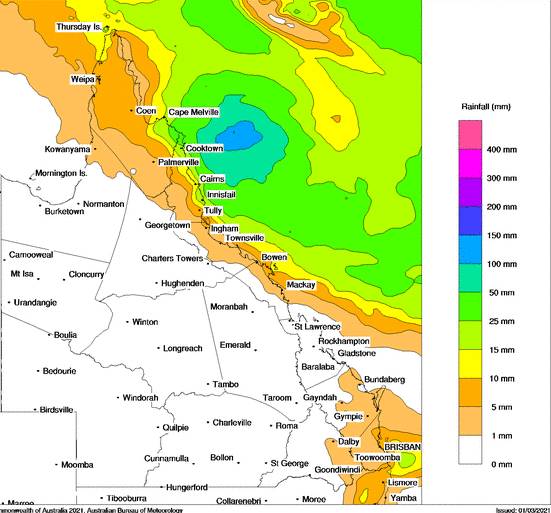 Heavier falls are expected for Wednesday as the cyclone intensifies or if it tracks slightly closer to the coast.

A Flood Watch and several flood warnings remains current for the north tropical coast between Cooktown and Rollingstone.