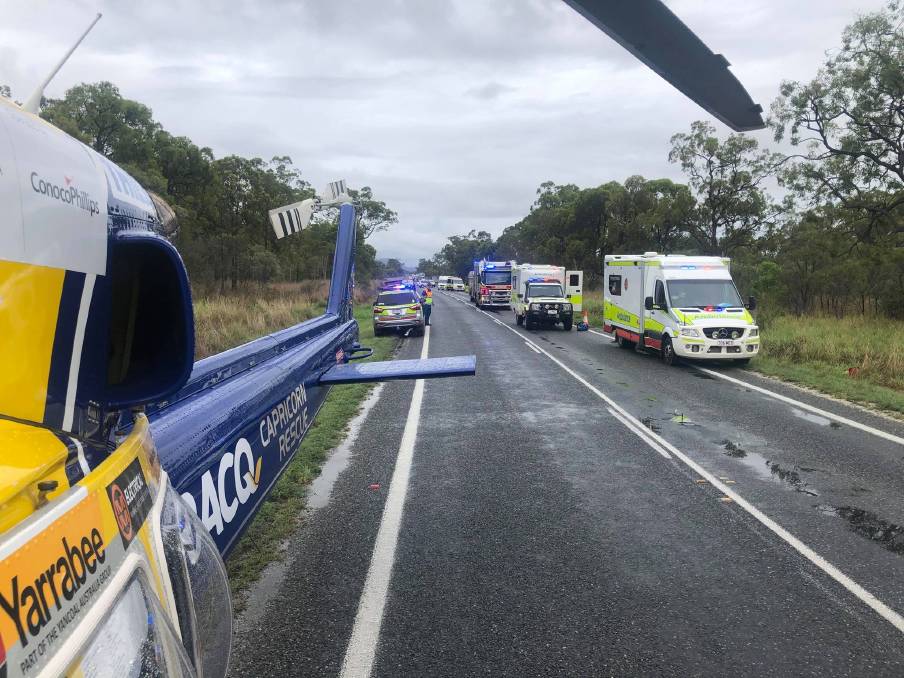 The Bruce Highway is currently closed, 40km north of Rockhampton.

The Bruce Highway between Canoona and Kunwarara is blocked after a head-on collision involving 11 people, earlier this morning.

Emergency services received reports of a of a multi-vehicle accident, 40km north of Rockhampton at 6.46am on Monday morning,

It is reported two vehicles side swiped each other on the highway early this morning, causing a suspected broken leg and pelvis to one of the drivers.

Police are at the scene of a serious two-vehicle crash at Livingstone, North of Rockhampton. The Bruce Highway is closed in both directions. Avoid the area if possible. pic.twitter.com/3Pd94pFnWX

One vehicle heading north bound, containing eight occupants, one of which was heavily pregnant, was transported to Rockhampton Base Hospital by road ambulance as a precautionary measure. 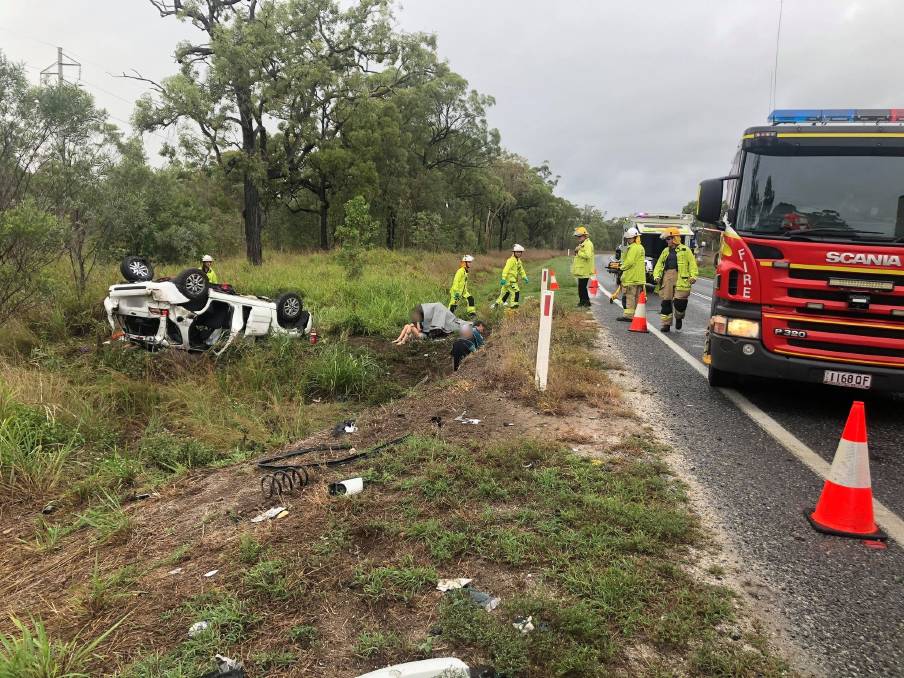 Two teenagers aged 15 and 17 in the vehicle heading south bound were assessed for any possible injuries at the scene, however, were found to be unharmed.

#Kunwarara - Eleven patients are being assessed following a traffic crash on the @Bruce_Hwy involving two vehicles. A rescue helicopter is on scene. pic.twitter.com/giTodNrSrt

A RACQ Capricorn Rescue spokesperson said the particular section of the highway is notorious to motor vehicle accident, often due to fatigued drivers.

"RACQ Capricorn Rescue would like to remind drivers to be mindful of their wellbeing and remember the Fatal Five when travelling on our Queensland roads," the spokesperson said.

All lanes of the Bruce Highway between Canoona and Kunwarara continue to be blocked due to the crash.