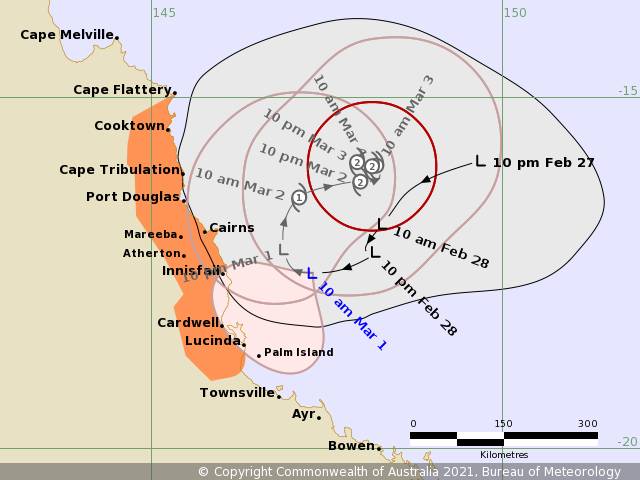 Tropical Cyclone Niran is expected to form off the north tropical coast of Queensland this week.

A MONSOON low building off the coast of Innisfail in Far North Queensland has a high chance of developing into a severe tropical cyclone named Niran on Tuesday.

Heavy rainfall of more than 100mm has fallen along the coast and ranges between Cape Flattery and Lucinda.

A #Cyclone Watch is now current from Cape Flattery to Lucinda, including Cairns, Port Douglas & Innisfail. A low off the coast is expected to reach tropical cyclone strength Tuesday morning. For more check out this video & for updates click here: https://t.co/uV8fLM2rMI@QldFESpic.twitter.com/RLmTHAuDbL

The tropical low will remain off the coast while intensifying over the next two days and is likely to take a south-easterly track away from the coast as a category 3 cyclone.

So far, the low has sustained winds near the centre of 65km/h with wind gusts to 95km/h.

Gales with gusts to 100km/h may develop on Tuesday afternoon depending on the movement and development of the system.

A flood watch is current for the north tropical coast between Mission Beach and Rollingstone.

The Bureau of Meteorology said a tropical low has been near-stationary off the north tropical coast in the past 12 hours, and is expected to remain slow-moving while continuing to develop today and Tuesday. 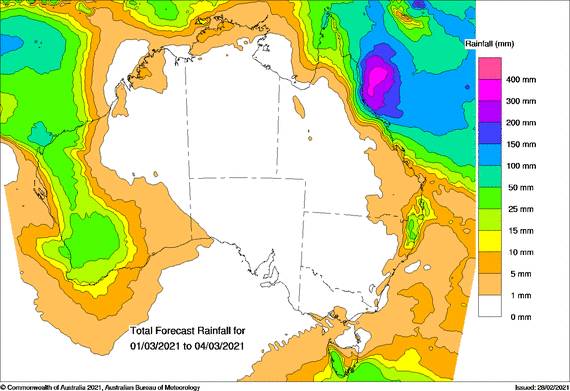 Direct impact from the centre of the cyclone moving onto the coast is unlikely, however the system may remain close enough to the coast to cause gales about exposed coastal fringes and island communities.

The Townsville radar is currently out of service and bureau technicians have identified the cause as radar equipment failure.

A Bureau of Meteorology spokesperson said they are working to bring the Townsville radar back online. 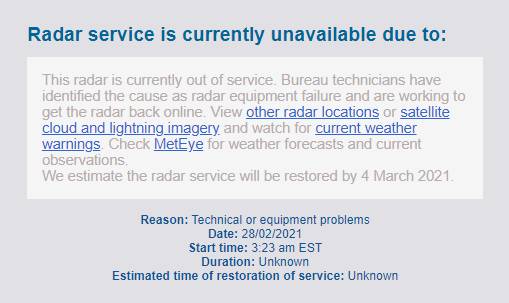 The BoM's Townsville radar is offline due to a technical fault and will remain out of action for days.

"Forecasts and warnings are not impacted as we draw data from a range of sources," the spokesperson said.

"Locals can refer to the Bowen radar for updates."