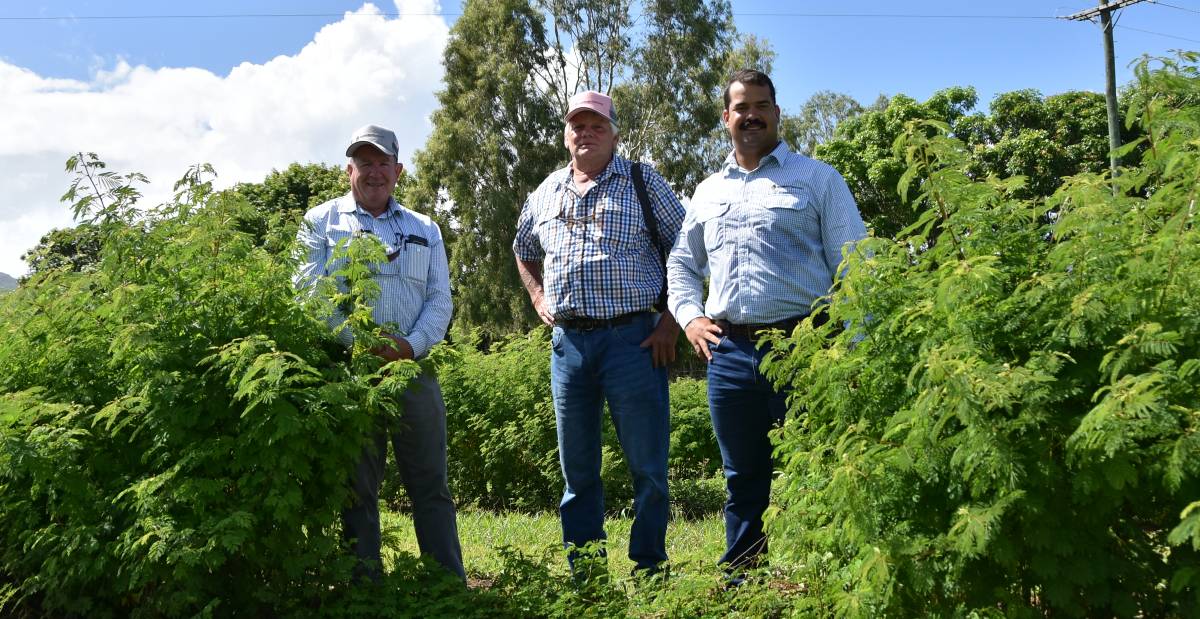 Decades of research has gone into developing the best Desmanthus pastures for northern Australia with graziers now starting to reap the rewards.

DECADES of research has gone into developing the best desmanthus pastures for northern Australia with graziers now starting to reap the rewards.

Agrimix Pastures in conjunction with JCU has established a trial site at Alligator Creek, south of Townsville, where different varieties of the legume have been planted to see how they tolerate the tropical conditions.

Chris Gardiner, a JCU researcher known as the father of desmanthus in Australia, is conducting evaluation trials with more than 140 varieties of different legumes and grasses.

Mr Gardiner said the trials taking place at the Alligator Creek Agrimix Pastures Research Station were a culmination of decades of work.

The story of desmanthus in the north started in the 1970s when teams were sent abroad to collect seeds from plants in areas such as Mexico and Paraguay.

"In northern Australia we were lacking in legumes so the CSIRO and Department of Agriculture sent people around the world to collect desmanthus to see if it might be suitable for Queensland," Mr Gardiner said.

"Desmanthus comes from the Americas, so North America, Central America and South America so it runs from temperate areas to the tropics.

"People travelled through countries and brought back amounts of seed and in places like Lansdown Station started growing out small plots of that seed."

Mr Gardiner said trials were then conducted in six areas around the state including Longreach, Blackall and Julia Creek, which he visited as a student some decades later.

The results spoke for themselves.

"Where they planted trials in the 70s and 80s... at those sights they had planted a whole range of legumes like stylo, forage peanuts, butterfly pea," Mr Gardiner said.

"The only thing that was really still there after a decade or in some cases two decades after they'd been planted was desmanthus."

Mr Gardiner said he then collected seeds from the survivors, or in some case whole plants, to continue with selective trails.

The legumes at the Alligator Creek sight, dubbed cultivators JCU 1-9 are the most resilient relatives of those earliest varieties.

"They've come through things like frost, grazing, flooding, drought, insect attacks, because of that they're a pretty impressive plant."

From there researchers teamed up with Agrimix to go through a plant breeding process to prove the plants are different to other varieties of desmanthus and they're stable in terms of genetics.

The result has been the development of Progardes desmanthus, with trials showing the highly palatable source of protein delivers increased liveweight gain, increased pasture productivity and in turn, increased profitability.

Agrimix Pastures agricultural consultant Heitor Fleury said Progardes desmanthus was the best tropical legume developed in the last decade, and said the company's objective was to assist graziers to successfully capture the benefits by providing them with high quality seed.