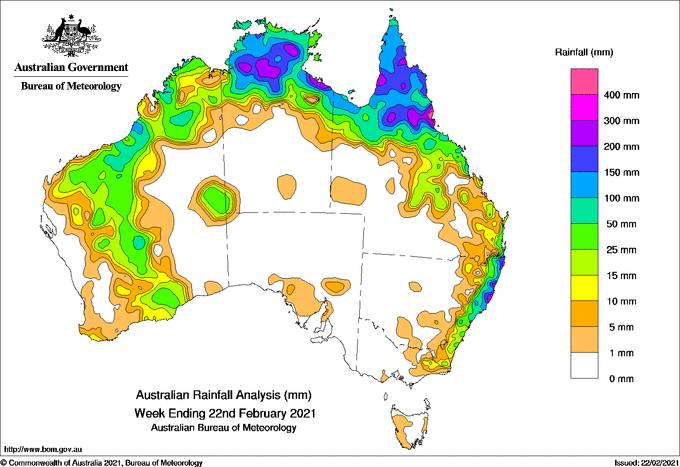 Thunderstorms and showers were mostly confined to northern Australia last week, with moderate falls reported in most of the northern half of Queensland.

The Bureau of Meteorology is predicting below-median rainfall for the remainder of February and into early March for the tropics. 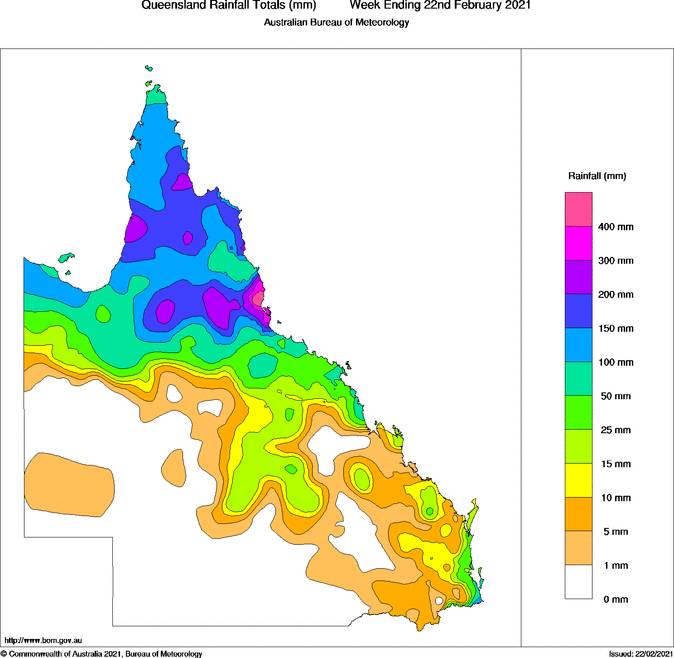 Those lucky to have been blessed with rain in North Queensland shared the news by posting to the Who Got The Rain? Facebook page.

The couple run the 35,612 hectare (88,000 acre) Gilberton Station, 124km south west of Einasleigh, and Gilberton Outback Retreat, on the banks of the Gilbert River, and recorded 79mm on Sunday night.

"Its been absolutely beautiful, we've so far received 10 inches for 2021 and the country is looking good, but in saying that it's very patchy and not all of Gilberton has had that coverage," Ms French said.

"We're very happy with the rain that we have received, the cows are happy and prices are great - what more could we ask for?" 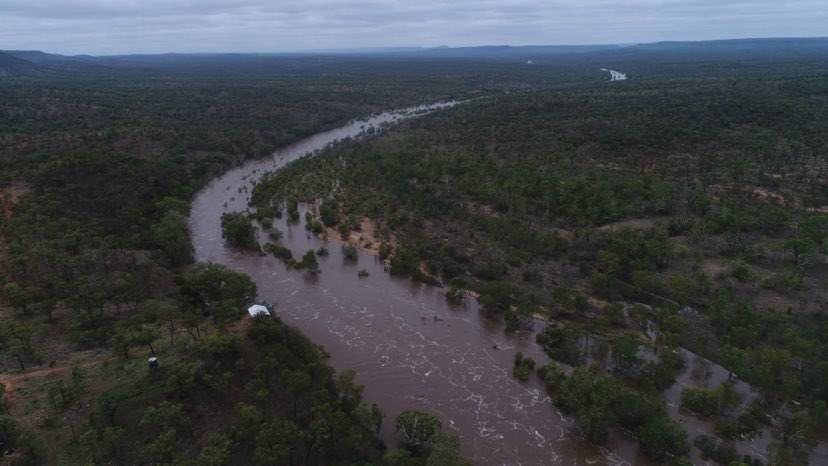 Cattleman Norm Fitchett, Tirrabella, Mount Garnet, 160km south-west of Cairns, received a year's worth of rain since the start of the year.

Mr Fitchett recorded 125mm on Sunday night at his 22,000ha breeder block at Tirrabella, bringing his total rainfall to 700mm.

"In January we received 348mm, which filled all our dams, we then had no rain for 14 days and in the last nine days we have had 364mm," Mr Flitchett said. 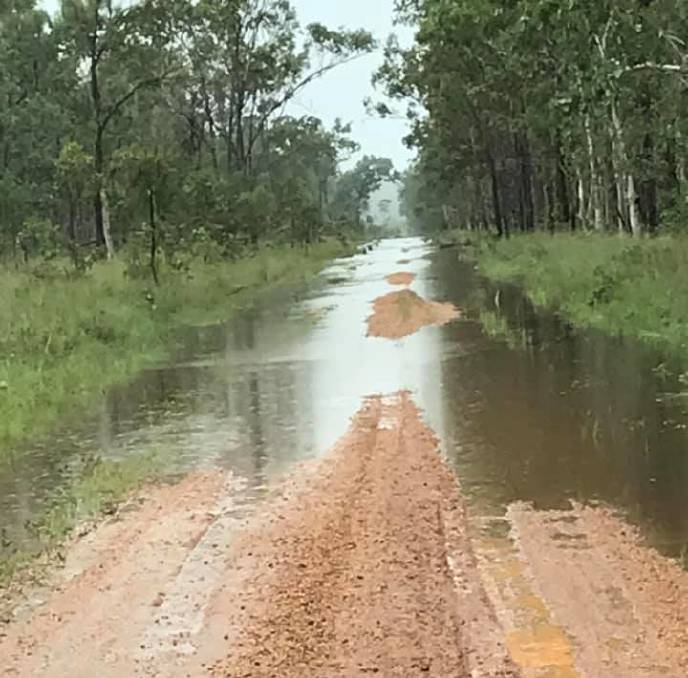 "It'll be a week at least before we can repair the road out to the main road to go to town, but our cattle are still doing good," he said.

BOM is predicting March rainfall is likely to be above average across large parts of eastern Australia, with a greater than 70 per cent chance of exceeding median rainfall in south-west, and central to south-east areas of Queensland. 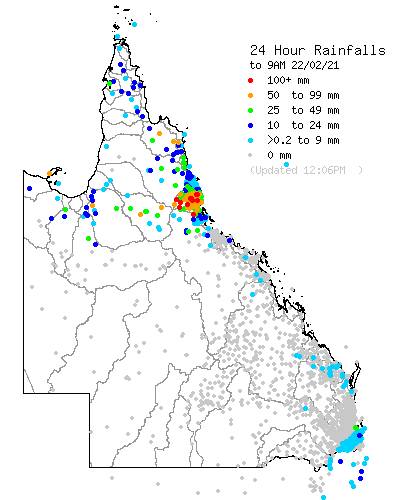 River level rises and major flooding are continuing along the Herbert River to Nash's Crossing.

There are currently no river level observations available for Gleneagle (manual station), but based on the nearby Gleneagle automatic station the river level is expected to be around 11.7 metres and rising, with major flooding. A major peak is likely in the Herbert River at Gleneagle during Monday evening. 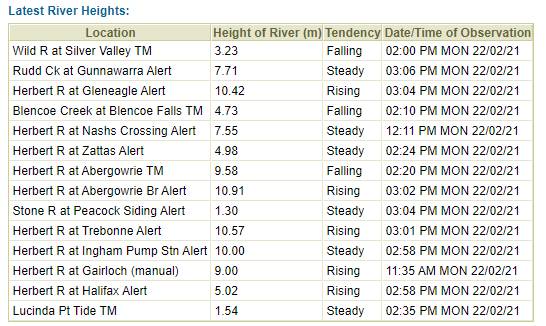 Latest River Heights across affected North Queensland. The next warning will be issued by 10:00 pm EST on Monday 22 February. Graph: BOM

The Herbert River at Gairloch (manual) was at 9.00 metres and rising late Monday morning. Note: The river level at Gairloch manual station is being used in preference to the automatic station as the automatic station may be incorrectly recording. The Herbert River at Gairloch is likely to exceed the minor flood level (9.50 m) Monday afternoon and is likely to exceed the moderate flood level (10.50 m) Monday evening. A peak prediction will be provided once upstream peaks are recorded.