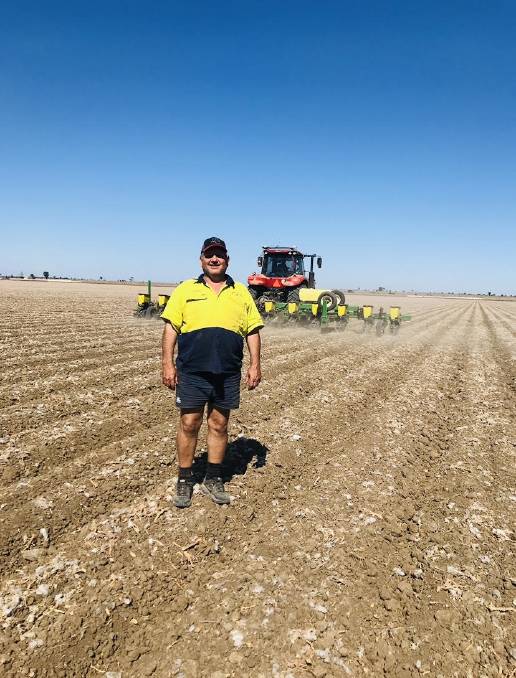 It has been a tough growing season for most cotton producers in the Central Highlands, amid a hot and dry summer.

While prices north of $560 a bale had the potential to make it pay, limited water in on-farm storages and little to no water allocation during the entire growing season have dramatically decreased the region's cotton yield.

Mr Keeley said for the past five years, winter seasons had been reasonable, however the summers had been tough.

Above average rainfall predicted during the summer had raised expectations.

I've only been farming in Emerald for around 11 years and it's definitely been the toughest growing season I've seen. - Andrew Keeley

"The last five years haven't been that good for the Central Highlands region in my experience," Mr Keeley said.

"It's frustrating when forecasters made the prediction mid-last year that we were in for well above average rainfall and haven't seen much yet.

"The most frustrating thing for us farmers is that we've been told by forecasters since last May that we were going to get good rainfall.

"There's been a few pockets of rain, but we haven't received enough and we probably won't be able to pick our cotton this season because of the dry conditions."

"I was probably looking at the dryland side of it and we would get a half reasonable season to push us through, but it's not looking good at the moment," he said.

"We did have some water on-farm but we didn't receive enough water (in allocations) to feed the crop all the way through."

With cotton prices looking good, there is a potential for Mr Keeley to boost his yield.

"We could achieve up to 10 bales to the hectare, which would be a fair outcome."

Mr Keeley is optimistic that more rain for the region would increase allocation and on-farm storage.

"Let's say this crop fails and we received up to 150mm of rain in April/May, we could consider a winter crop," he said. 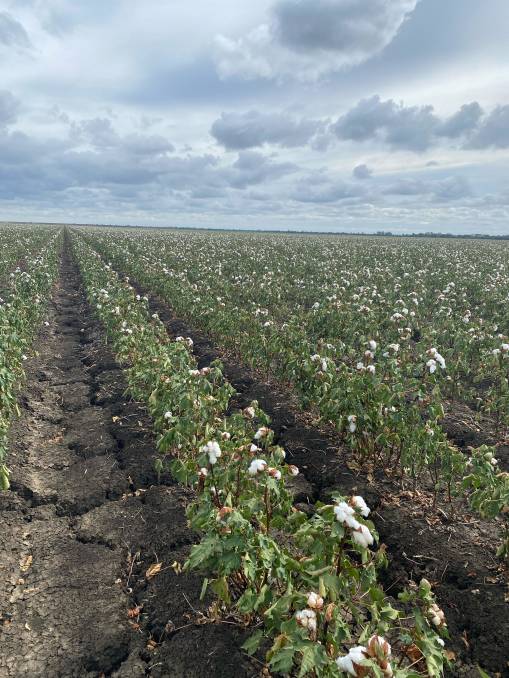 It has been a tough season for those in the Central Highlands growing cotton, with a hot and dry summer. Picture: Molly Keeley

An increasingly common practice in the Central Highlands region in recent years has been 'walk-away' cotton growing.

It's a farming practice where cotton is grown with limited water to build a sustainable root system and is then shut down.

The cotton crop is left for a short period, to water again a few months later when an increase in water is made available.

Andrew Keeley has maintained his cotton crop on a low initial water allocation.

Mr Keeley hopes the region will receive significant rainfall in coming weeks to turn his crops around and effectively increase his yield.

"In the past couple of years, some growers have planted into moisture and over time it will dry up. They go backwards and effectively they get fairly drought-stricken looking crops," he said.

"Our crops are looking withered at the moment but potentially, if it started raining next week, there's a possibility for a very decent yield.

"When the wet season arrives, the cotton farmers will get a bit of water and they'll have a late harvest, but they'll see some very good results out of it."

Mr Keeley is optimistic for more rain for the region to fill his on-farm water storages, but he said if the crop fails he would plough it back into the soil.

"You come to a stage when your crops are failing from dry weather, you have to stay positive and look forward to planning the next season," he said.

We love connecting with our readers and one way is through our daily newsletter, which delivers all the big ag news right to your inbox. Sign up here!