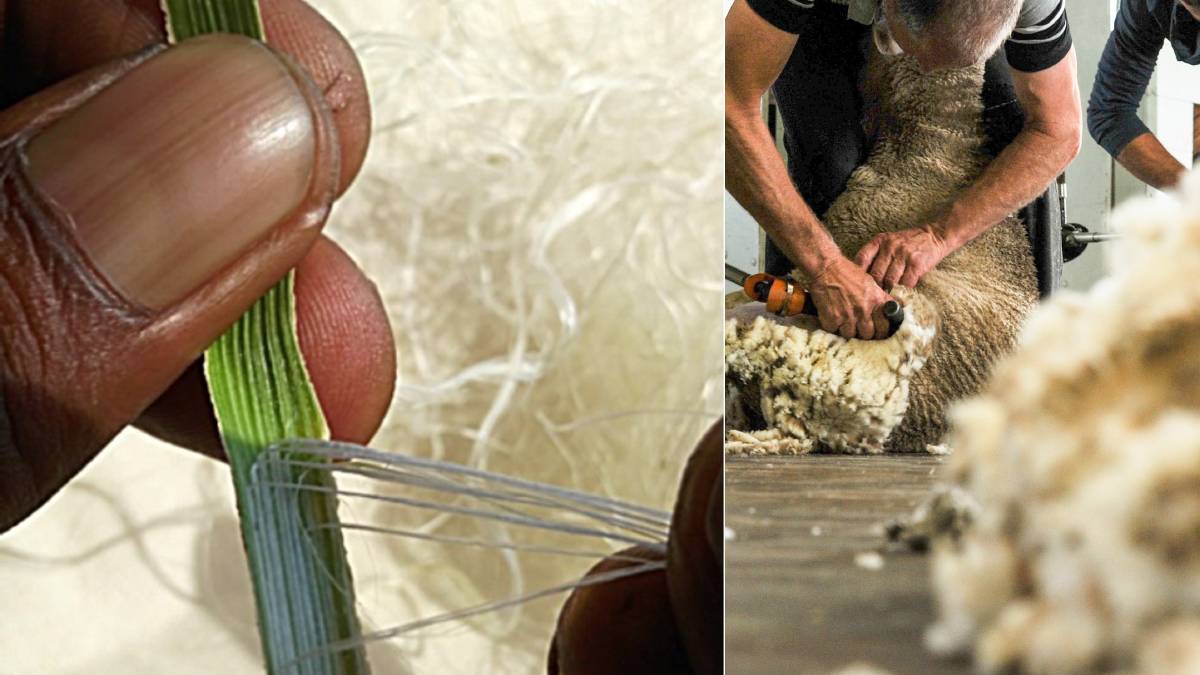 WOOL OR WEED: Fibres taken from a weed on the left are being compared as the vegan equivalent of wool, traditionally shorn from a sheep on the right.

Fibres spun from a poisonous weed are being sold overseas as vegan wool.

Fibres spun from a poisonous weed are being sold overseas as vegan wool.

The fibres of milkweed are blended with cotton in India and marketed as Weganool.

The manufacturer says it is "the first commercially available product made of a cruelty-free, plant-based cashmere wool alternative".

That might be news to the cotton industry which has long positioned itself as a plant-based alternative to wool, while keeping distinct from the wool brand.

The use of "wool" in the description of the new product is certain to rile Australian growers in the same way as "beef" is used to sell plant-based burgers or "milk" is used to describe soy or almond replacements for dairy.

"The fact is wool can only come from a sheep," Mr McCullough said.

"The International Wool Textile Organisation is the global authority for standards in the wool textile industry they will no doubt follow this up."

The emergence of the vegan wool comes as WoolProducers Australia prepares to launch a "trust in Australian wool" campaign early next month.

Sheep wool now comes up against "an innovative fabric is a mix loom of organic cotton and the Calotropis Gigantea plant".

Calotropis, or milkweed, is a declared weed in northern Australia and is toxic to humans and livestock.

Not to be confused with milk thistle, milkweed is a shrub which can grow four metres tall.

WEED OR WOOL: Some of the fabrics being hand spun from a blend of cotton and plant fibres. Picture: Faborg.

It is a native to many parts of Asia and is found in NSW, NT, Qld, SA and WA.

It is also widely found in India.

Weaver Gowri Shankar is from Auroville in southern India and has founded Faborg, based on Calotropis, also a local weed.

Calotropis is not farmed but collected from the wild and hand ginned.

The final garment is still mostly made of cotton.

On his company's website, Mr Shankar said the character and the hollow structure of the Calotropis fibres are closer to sheep's wool than any other plant fibres.

He said garments made with the fibres do not shrink and have antimicrobial properties and does not create an itchy feeling.

Weganool was unveiled at a future fabric expo in London early last year. 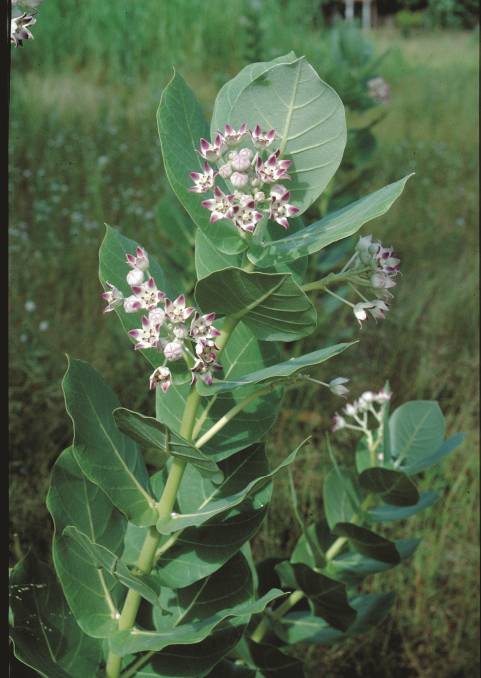 Milkweed is declared as a weed across northern Australia. Picture: WA government.

Mr Shankar said his fabric was gaining attention in Europe "not only from brands who are thriving for sustainability but also by reputed wool manufacturers who are looking for wool alternatives to cater to the need of the growing conscious consumer market".

The Australian wool industry has long been keen to push the environmental credentials of wool.

Sheep are part of the natural carbon cycle, consuming the organic carbon stored in plants and converting it to wool.

Half the weight of wool is pure organic carbon.

Wool products have long lifespans, meaning they are used or worn longer than other textile fibre products.

Attempts have been made to make other plant-based "wool" yarns over the years including from bamboo, nettles, coconuts, wood and hemp.

Mr Shankar said he was initially keen to begin his business based on either banana or hemp fibre before settling on milkweed.