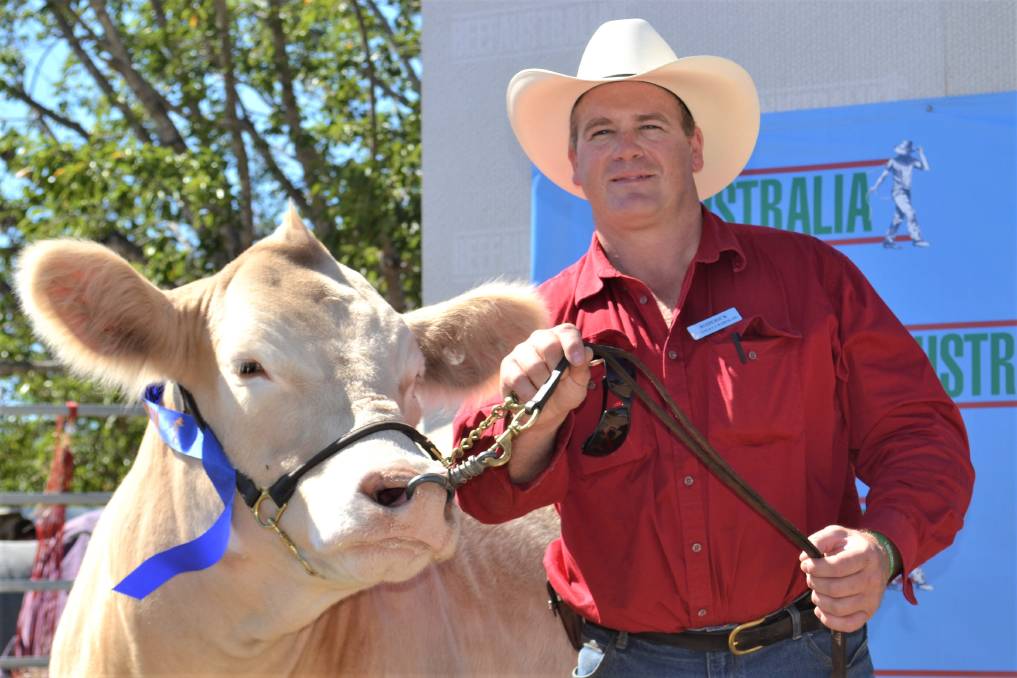 Beef machines: Glenlea Beefs' Roderick Binny (pictured at Beef Australia 2018) said as a sire, to produce extra kilograms, the Charolais has no peer, and that the breed has proven to perform well across a variety of environments.

Since founding the Glenlea Beef herd in Tasmania in 1973, the Binny family have had success with Charolais in stud and commercial capacities across a diverse range of country.

Since founding the Glenlea Beef herd in Tasmania in 1973, the Binny family have had success with Charolais in stud and commercial capacities across a diverse range of country.

These days Roderick Binny runs the herd on properties situated slightly west of Coffs Harbour on the north coast of New South Wales, a change which occurred between 2015 and 2017, after the family previously shifted from Tasmania to Guyra on the NSW Northern Tablelands in 2010.

"Our standard program sees all progeny born on the coast, grown out over the range and prepared for sale either off oats and rye in winter/spring or fed for sale at Pinedock Fitting, Casino, for the Queensland sales."

Mr Binny said, as a sire, to produce extra kilograms, the Charolais has no peer.

"This especially holds true over Bos Indicus-influenced cows in commercial beef production programs, for a terminal cross over smaller herds, and to buy in as replacements to back-cross with another breed from which the heifers are retained." 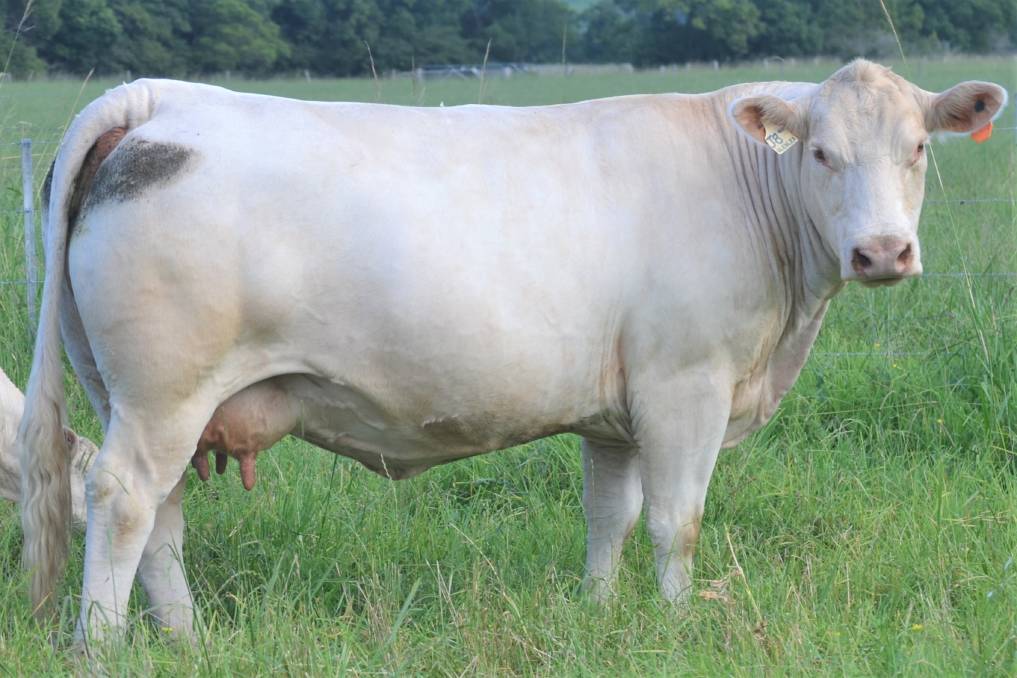 Glenlea Beefs' embro transfer program has produced some of the businesses best sire prospects and Elite Donor females, which continually lift the standard in the Binnys herd.

He said many bloodlines within the Charolais breed are highly maternal and the use of performance recording and Breedplan data help them select the ideal Charolais to suit any herd and environment.

"Doability is the number one requirement for the Charolais females used in the Glenlea Beef herd. Having run the stud herd in three very different environments over the last 11 years, the best doing cattle really do identify themselves. The females that struggle in the tough sub-tropical coastal environment are culled.

"The second priority, and it's directly related to natural doability, is fertility. Then we get into the performance and physical traits, while maintaining calving ease and sensible birth weight.

"As a growth and yield breed we don't need to breed extra low birth weight bulls, many breeds can do that, but when a producer uses a Charolais they want growth and carcase yield as the whole supply chain is then more profitable, and the producer will get rewarded for better performance stock with minimal effort."

Glenlea Beef has a very low cull rate on its bull calves.

"This is a result of culling females that aren't up to the standard required. We receive high demand for our females from the stud herd. We're prepared to sell from the top and middle runs, and the depth of our herd makes this possible."

The operations main joining periods are from June to August and October to January.

"This suits our environment, our bull marketing, and allows us to grow out heifers to a little older in the tropical coastal country."

He said their conception rate from any given joining is at 95 per cent or above.

"A combination of nearly 50 years of selection, good management and the monitoring of trace elements and minerals has given us a fertility level that in the real world equals full conception in the breeding herd."

The Binnys have also been conducting embryo transfer (ET) programs on a regular basis since 1981.

"We went down the ET path to extract extra production out of our Elite Donor herd and to introduce new bloodlines and characteristics. We sell many embryos to stud breeders every year. We also keep a good number to calve out ourselves. The ET program produces some of our best sire prospects and Elite Donor females, which continually lift the standard in our herd.

"We do use overseas sires on a limited basis, mostly heavily proven sires, but the main thrust of our breeding program is based on Australian born bulls, fully performance recorded in Australia, that keep our chances of matings taking us backwards to a minimum. We have a world wide gene poll in Australia in the Charolais breed and a world standard beef performance recording system, so the superior genetics are easier to find and access."

Glenlea Beef sells 100-plus bulls annually, a figure, which Mr Binny said, will move closer to 200 in the next couple of years.

"We sell across a variety of sales in Qld, and northern NSW, including our own production sale in Clermont in October. A high percentage of our bulls are sold in the paddock, with many sold into northern Qld on a sight unseen basis, using photos, videos and their performance information with a simple guarantee; if they're not as described, send them back."

He said they also do a limited amount of showing.

"It's a useful method of comparing our cattle type with other breeders. And by attending events such as the Charters Towers Beef Expo, Richmond Field Days, and Ag-Grow in Emerald, we've found it's a great way to meet potential clients."

Glenlea Beef will hold the Dawn of the Decade Female Sale online via AuctionsPlus on Thursday, March 25.

"We'll have more than 60 cows and calves included in the sale. It will be the biggest stud Charolais female sale held across Australia in 2021."

Looking ahead, Mr Binny said Glenlea Beef will be continuing to expand its joint venture program with other stud breeders.

"Our combined experience and expertise is helping to produce greater numbers of superior bulls to market to the commercial crossbreeding market, while providing great value for money for our clients."

"The Ultrablacks are crossed with Charolais and the progeny are grown out to feedlot weights."

He said the Glenlea Beefs' clients have he and his teams' full focus.

"When you buy a Glenlea Beef bull it's an investment that's backed up by our whole program. If there's an issue with a bull, we fix it, all we ask is you call us first to solve problems."