Bald Blair is synonymous with Angus breeding in Australia, and with more than 110 years and three generations of knowledge and enthusiasm for the breed the White family are helping beef producers, up and down the eastern seaboard, improve their herds. 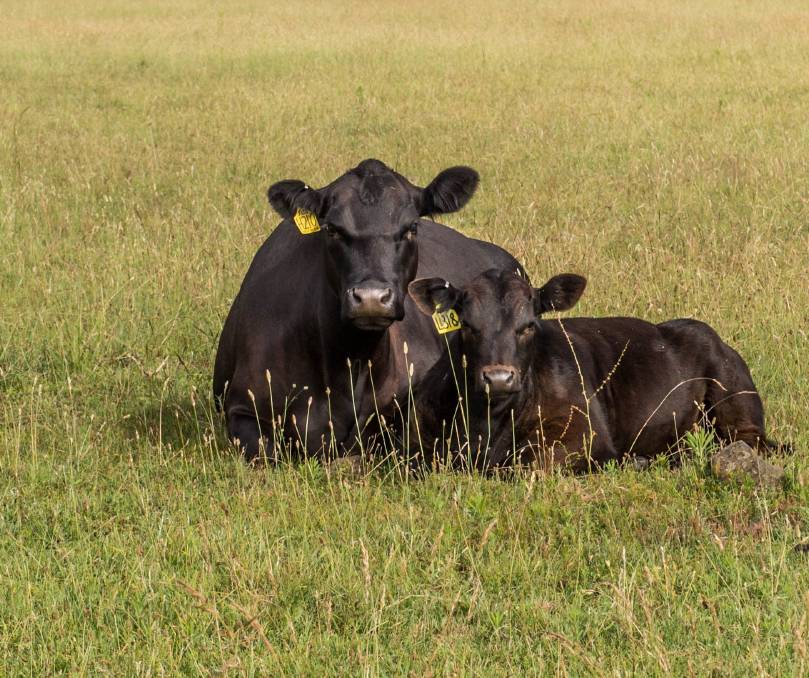 In relation to their female selection, Mr White said a cows ability to fall in calf, deliver a calf unassisted, and raise the calf to weaning every 12 months, are all crucial factors. Photo: Al Mabin.

Bald Blair is synonymous with Angus breeding in Australia, and with more than 110 years and three generations of knowledge and enthusiasm for the breed the White family are helping beef producers, up and down the eastern seaboard, improve their herds.

With assistance from their school-aged children Abbott and Arthur, stockman Tom Cleaver, and contractor Jonathon Woods, Sam and Kirsty White run their operations from Bald Blair (1307ha), situated 10km east of Guyra, on the Northern Tablelands of New South Wales. Mr Whites mother, Elizabeth, also lives at the homestead there. The Whites other holdings include Kolora, 263ha, Gatwood, 450ha, and Aberfoyle, 263ha, which are respectively located 7km, 25km, and 35km east of Bald Blair.

Bald Blair was purchased in 1898 by FJ White of Samarez and his son HF White, with Richard and Graham White, Sams father and uncle, taking over until 1985. Through family succession Sam, then took over management of Bald Blair.

Mr White said Angus suited the environment at Bald Blair more than a century ago and they still do to this day.

"They're a beautiful breed - the cows are still evolving - and in drought they've proven highly resilient. We're forever grateful for being able to own them," he said.

"The competition between Angus producers drives us to produce a high quality article possible, which makes them extremely marketable.

"The Angus female is an excellent mother, and the breed has a terrific carcase. Where needed we can improve traits like marbling genetically as well. They're simply a great breed of cattle. 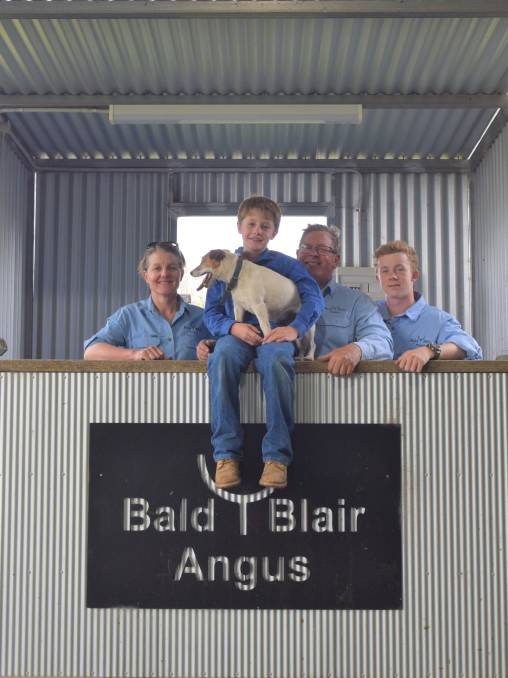 At home: Sam and Kirsty White with their children Abbott and Arthur who represent the fourth generation of the family on Bald Blair. Photo: Al Mabin.

The Bald Blair stud hold their annual bull sale in the first week of August, and has more than 110 years of selection history for traits that create value for commercial producers.

Started in 1908, using a base of cows from the White familys renowned Edinglassie herd in the Hunter Valley the stud at Bald Blair was established to provide bulls for the commercial herds of the family in both the Hunter and the New England, some thousands of cows.

Throughout the 1920s, bloodlines were continually improved with the addition of the best of imported and local bulls and females.

In the 1950s H.F.White started to apply assessment of performance to his own herd. Calves reared on improved pasture were weighed every month until weaning at eight to 10 months. Selection of replacements for the herd were then based on those which were above average for weight gain and then on visual assessment. This meant that the breeding herd was made up of those cattle most likely to make best use of available feed.

"This is still a basic principle of selection for the Bald Blair, albeit using all the modern tools available.

"This means that the herd has more than a century of history of selection for the soundest, best-performing cattle for both grass and supplementary fed production." 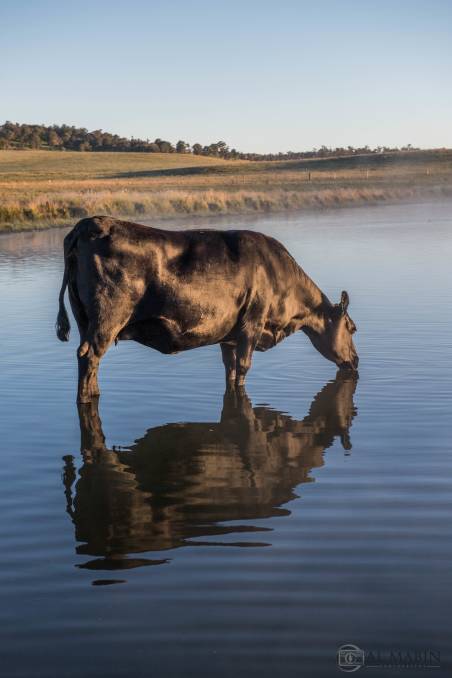 Efficient producers: Selection over time on calving ease, gestation length and birth weight have ensured early light calves that grow well, providing the earliest opportunity for the cow to get back in calf again. Photo: Al Mabin.

The Whites have fully genomically profiled all their stud stock, and every animal is recorded on Breedplan.

"We base our retention of stud bulls, females and their progeny on that information. We're avid collectors of data, and we interpret that to ensure we're keeping our best females. This allows us to then breed bulls that will more than likely end up in a herd where self-replacing Angus are produced."

In relation to their female selection, Mr White said a cows ability to fall in calf, deliver a calf unassisted, and raise the calf to weaning every 12 months, are all crucial factors. While structure, udder, temperament, and days to calving data are also scutinised.

"By focussing on these objectives we're maximising profitability for the business, and longevity and fertility within the herd.

"Selection over time on calving ease, gestation length and birth weight have ensured early light calves that grow well, providing the earliest opportunity for the cow to get back in calf again.

"We AI in October, first and second round and then put out a cover sire. The bulls have in the past come out at Christmas, however that also changed in 2019, as we had to allow cows to recover before joining. We've also Autumn joined our cows to ensure cashflow and calves in the future."

The family have been selling 400kg to 480kg steers into Rangers Valley over the last 30 years.

"We also sell commercial heifers annually via AuctionsPlus in March, April or May. These heifers are surplus to our requirements.

"However, 2019 changed that, as due to the dry we reduced our stud and commercial herds from 900 head to 500 head. Thankfully with our great 2020 season we'll now be rebuilding the cow herd by natural increase over the coming years.

"We conducted an embryo program in November 2020, utilising our reduced commercial herd as recipients. We flushed our donor dams with Peter Brown, Bovine Breeders and implanted embryos with Ced Wise."

The Whites will be hosting their annual on property bull sale on Tuesday, August 3 from 1pm at Bald Blair. The sale will be livestreamed through AuctionsPlus.

A QR code on the ad below will take you to the Bald Blair Angus website and to a free pdf 'Pocket Guide to Buying Bulls'.