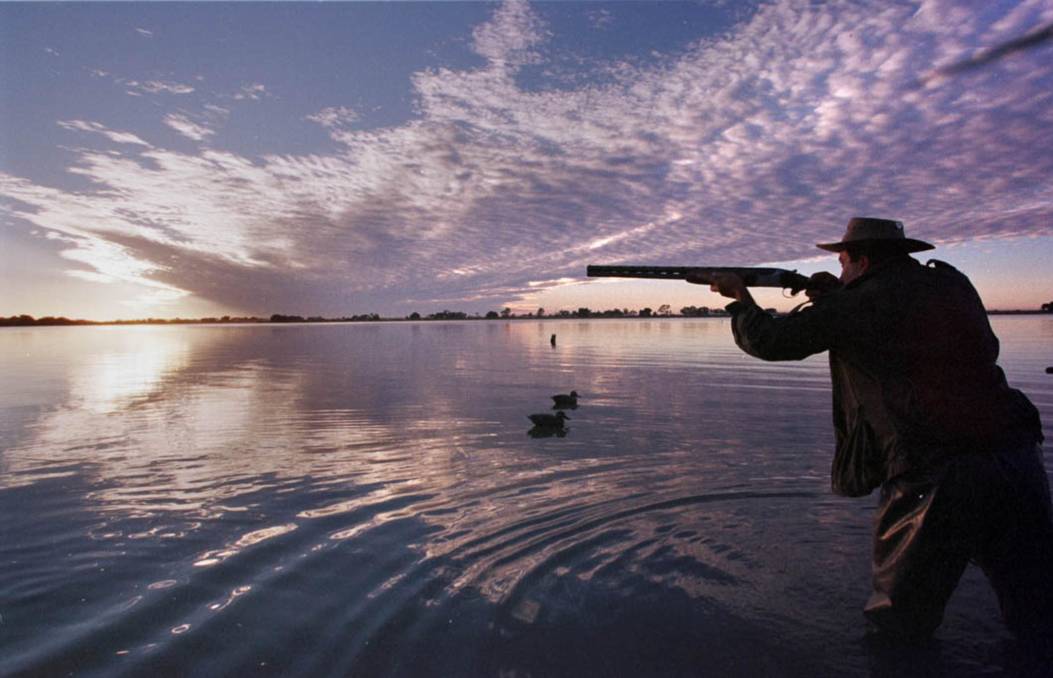 NO ONE HAPPY: Neither shooters or anti-duck season groups are happy with a 20-day duck hunting season in Victoria. Picture: Jason South/ACM.

The outrage was quick to fly after this year's duck hunting season in Victoria was reduced to just 20 days.

The outrage was quick to fly after this year's duck hunting season in Victoria was reduced to just 20 days.

Daily bag limits have been set at two.

Shooters, Fishers and Farmers Party MP Jeff Bourman said the decision was an "insult" to hunters and was "effectively a cancelled season".

State Nationals' leader Peter Walsh said this year's decision has ignored science and was a clear move to end duck hunting "by stealth".

Good rain over the past two years had filled many wetlands and aerial duck counts had buoyed hopes of hunters for a return to a normal 12 week season.

South Australia had already announced a reduced duck hunting season from March 20 until June 27 with a bag limit of four per day.

Victorian hunters and MPs were also angry the decision was announced in what many have called "junk time" with a low-key Saturday announcement.

Duck season protesters were also not happy despite the shortened season and insist it should be banned.

The Victoria duck hunting season will start on Wednesday, May 26 and end on Monday, June 14.

Start times have also been delayed to 8am for the first five days.

Hunters will be prohibited from hunting the Blue- winged Shoveler across Victoria, and both the Grey Teal and Chestnut Teal north of the Princes Highway/Freeway.

The restrictions on hunting Grey Teal are because of reduced numbers and breeding, the authority said.

"Given the similarity in appearance of the Grey Teal and the female Chestnut Teal, both species will be prohibited from being hunted north of the Princes Highway/Freeway."

Hunters have already flagged the GMA will be challenged on its claim the arrangements "are based on analysis of habitat and waterbird surveys conducted across eastern Australia and other data relating to game duck abundance, habitat distribution and climate".

Field and Game Australia said its members were outraged and "includes restrictions we have never faced before".

"For the first time ever, details of the 2021 Victorian duck season were announced on a Saturday, in an attempt to bury this heavily modified season amongst the news of ongoing tennis tournaments," FGA said in a statement.

"The impact of this heavily modified season will be felt far and wide - and not just within the hunting community. Rural and regional Victoria will yet again miss out on significant revenue and investment from the duck hunting community."

FGA has asked the Victorian Government to appoint an "independent body to review the decision-making and season setting process".

A Sporting Shooters Association of Australia spokesman said the organisation "cannot understand how such a decision has been reached".

The association said it would be "a farce of a season".

RSPCA Victoria chief executive officer Dr Liz Walker wants the Government to review the decision "due to animal welfare concerns, declining waterbird abundance, and a lack of support within the community".

Dr Walker said there were "multiple, evidence-based reasons why the 2021 season should not proceed, including concerns around cruelty including duck wounding rates and declines in waterbird populations".

The veteran Coalition Against Duck Shooting campaign director Laurie Levy wants the Victorian Government to launch a Royal Commission into duck shooting including the decision to allow a season this year.

Regional Victorians Opposed to Duck Shooting spokeswoman Kerrie Allen said the decision was made despite rising opposition from regional communities.

All licensed hunters must pass a Waterfowl Identification Test before being permitted to hunt ducks.

The story Duck season outrage - no one is happy first appeared on Farm Online.