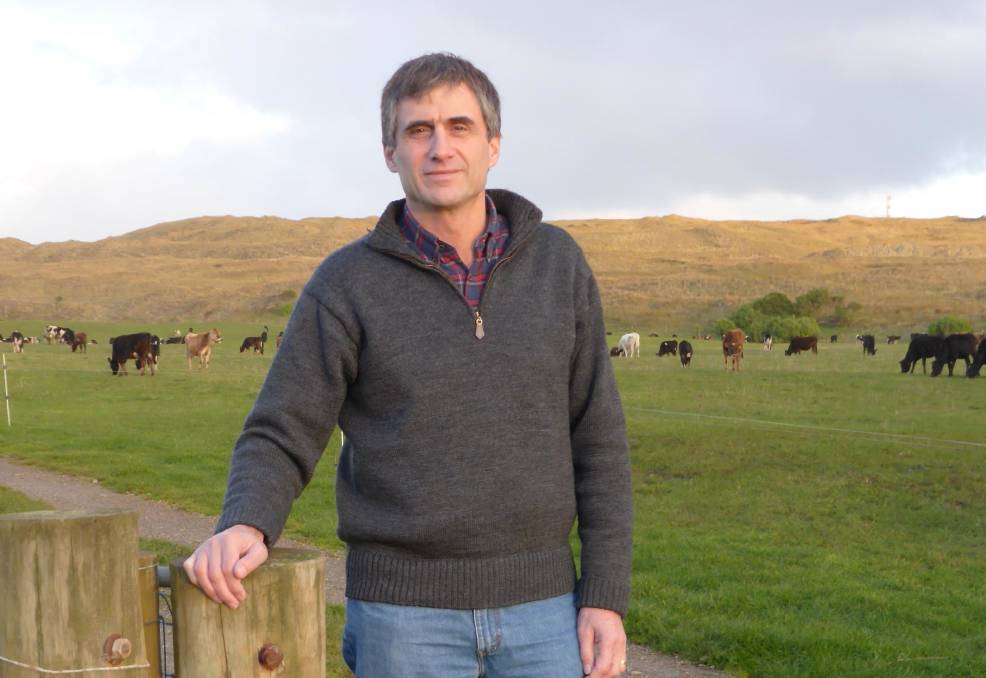 CALL FOR CHANGE: David Beca has called for change in the way DA conducts its board elections.

A call by dairy business analyst David Beca to overhaul the Dairy Australia board election process has been taken on board by the organisation, who will meet with him this month.

The Dairy Australia board election process needs to be overhauled to help the organisation better connect with farmers, according to dairy business analyst David Beca.

Mr Beca, who was unsuccessful in the 2020 board elections, said the elections needed to be more open, more transparent and fairer.

"I believe with a passion if you have more democratic and open processes that you will get more engagement," he said.

A DA spokesperson said the organisation was open to Mr Beca's views and had invited him to meet with the board HR committee later this month to discuss his recommendations.

"We thank David Beca for sharing his perspective on Dairy Australia's constitution and processes after standing as a board director candidate," the spokesperson said.

"We are in contact with him and open to his views."

Mr Beca, in a paper Improving democracy at Dairy Australia and increasing engagement with dairy farmers, proposes an overhaul of the process, including changing the candidate selection committee membership, reducing the number of signatures candidates need to nominate and proposing two selected candidates be put forward for each position.

He also wants the election timeline extended to give other candidates more time to nominate and for DA to do more to ensure all candidates have an equal opportunity to present themselves to levy payers.

Mr Beca said although the paper had been driven by his own experience in standing for the board, it was not a case of sour grapes.

"If I had been elected, this was going to be something I raised immediately," he said.

"If people don't recognise there's an issue here to address, then this is not for me to decide; this is for the industry to decide."

Mr Beca pointed to the low voter turnout and that not all levy payers were members of DA as evidence of the lack of engagement in the election process.

The first step in getting it right was to set targets for both of these, with the New Zealand industry organisation, DairyNZ, providing a benchmark.

DA should set a target to have greater than 85 per cent of levy-paying farm businesses and greater than 85pc of national milk supply registered as Group A members, up from the current level of 60-65pc.

The target for voter turnout should be 25pc of members and 30pc of milk supply.

This would be a considerable leap on the current levels, which Mr Beca estimates in most years were 4-6pc of milk supply - representing just 2-3pc of all dairy farmers in Australia.

"The actions to date indicate they are comfortable with having this very low turnout and that it is very easy for the status quo, selected candidates to be successful," he said.

Mr Beca said there was something fundamentally wrong in most Dairy Australia elections being uncontested.

He wants the board to commit in its charter to running open, fair and transparent elections for director appointments, as well as committing the board to limiting its involvement in the election process to nominating some candidates and developing a format that ensures Group A members can familiarise themselves with all candidates so that they had an opportunity of making an informed decision.

He wants to see processor representatives removed from the committee that selects recommended board candidates.

He also wants to see Australian Dairy Farmers representation on that committee cut from two to one, with two independent successful farmers who have not held industry organisational leadership positions and someone from an international director recruitment firm appointed instead.

He also wants the selection committee to make two nominations for each vacancy rather than just one as at present.

Mr Beca said this would not reduce the quality of board members - given Dairy Australia itself had said it had had a wealth of people applying for positions.

"They've knocked back people who have been interviewed by the selection committee who are leaders of significant farming organisations," he said.

He also wants to beef up the selection criteria for directors to include for farmer directors an ability to develop and grow a profitable dairy farming business and for non-farmer directors an understanding of the profitability and productivity drivers of pasture and livestock production.

"The requirement for a farmer-nominated candidate to secure 100 nominations is a significant barrier for any potential candidate," he said.

"The requirement for 100 farmer nominations is unchanged since DA's inception in 2003.

"Since deregulation of the industry in 2000, the number of dairy farmers in Australia has reduced from 12,896 to around 5000, resulting in the percentage of farmers required to sign a nomination increasing by around 160pc."

Mr Beca said the most critical change required was for DA to provide equal opportunity for all candidates to present themselves to levy payers so members could make an informed election decision.

"Once you've got your candidates locked in, do something to inform the electorate," he said.

"It's inexcusable, the idea you can have the election process where Dairy Australia makes no serious effort to inform the electorate about them, which any reasonable person knows is advantaging the board-selected candidates.

"It's so straightforward in this day and age to fix this.

"Over two months with two mail outs and/or associated emails and have a couple of online town hall meetings."

DA should also be welcoming those farmer-nominated candidates from the field.

"If, in fact, DA wants more engagement, they need to have contested elections," Mr Beca said.

Mr Beca also called for more information to be provided before and after the election about the votes received.

"Before any voting is undertaken at the AGM, the total number of proxies the chair holds should be disclosed, as well as the number of open (non-directed) proxies and how these open proxies will be cast," he said.

"After voting is undertaken at the AGM, the meeting should be informed of the results once these are available, with this including the number of votes cast for each option and the number of invalid votes."

The story Call to overhaul DA board elections first appeared on Farm Online.