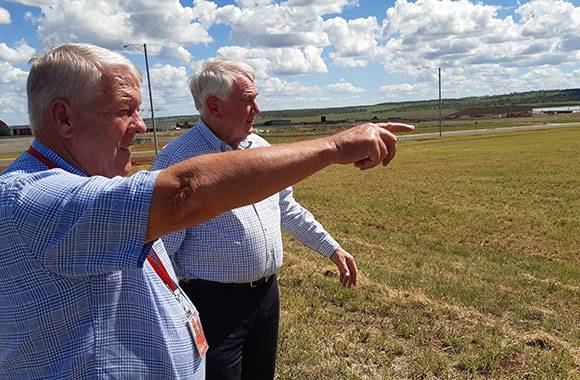 Plans for a purpose built COVID quarantine facility to be established at Toowoomba's Wellcamp Airport are gaining traction, as local leaders seek reassurance that community safety would be maintained.

PLANS for a purpose built COVID quarantine facility to be established at Toowoomba's Wellcamp Airport are gaining traction, as local leaders seek reassurance that community safety would be maintained.

It comes after Premier Annastacia Palaszczuk last week declared Toowoomba, alongside Gladstone, was being assessed as a potential quarantine hub to house returned international travellers rather than relying solely on Brisbane hotels.

Queensland Country Life on Friday exclusively revealed a purpose built facility at Wellcamp Airport was being considered as a viable alternative.

Cr Antonio said while proposed details were to be finalised by Ms Palaszczuk this week, before being presented to the Prime Minister, the briefing was most reassuring.

The facility would initially include 1000 rooms for travellers, and 300 rooms for staff, who would be required to live on site to reduce the risk of community transmission.

"I have great confidence in the Wagners' capacity to deliver a secure and comfortable facility for returning overseas travellers," Cr Antonio said.

"The briefing made it very clear that returning travellers would not enter the terminal building or have contact with airport staff. They would be transported by buses straight from the tarmac to the quarantine facility where all immigration and health checks will be performed, as well as the collection of baggage.

"People in quarantine will not be allowed to leave their room at the secure facility during their period of isolation and staff will not interact with them during this time. Staff will live and be catered for at the site for the duration of their shifts, which further reduces contact with the community. Health checks will be conducted at the site."

Cr Antonio said he expected to speak with officials from the Premier's office this week and would seek reassurances around the protocols they plan to enforce if the site was ultimately selected for a quarantine facility.

He said he would also raise the prospect of Toowoomba being considered as an early vaccination centre, with the first coronavirus vaccinations expected to be rolled out in Australia next month.

"I think this will offer a greater level of confidence for our residents. While I understand some people will have reservations, I see this quarantine proposal as a safer option that transporting travellers to multiple hotels in capital city CBDs."