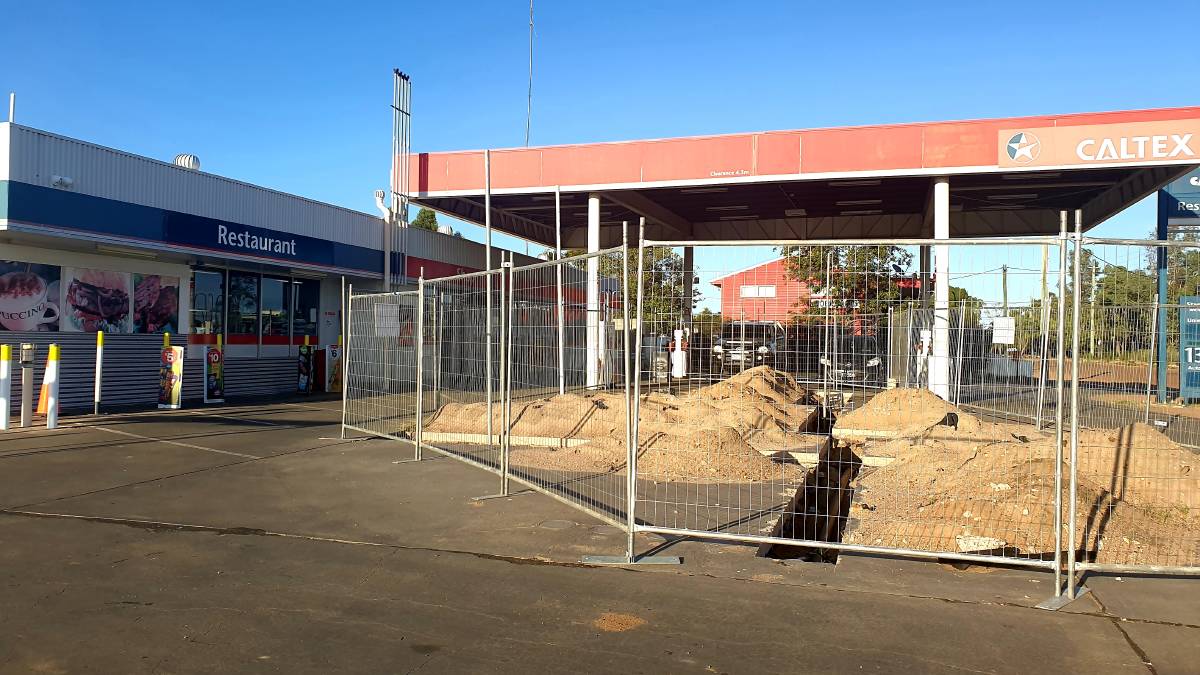 Only the diesel bowser is in operation at the Ilfracombe Road Caltex outlet in Longreach at present.

Longreach Regional Council Mayor Tony Rayner says there's not lot his council can do to resolve an emerging issue with a lack of meal and shower options for truck drivers in Longreach.

Longreach Regional Council Mayor Tony Rayner says there's not lot his council can do to resolve an emerging issue with a lack of meal and shower options for truck drivers in Longreach.

The Caltex roadhouse on Ilfracombe Road is set to close on January 31 and it's unknown whether the site's owner has plans to let it to another operator after that.

The landlord, Hoa Sen Pty Ltd, based in the ACT, was unable to be contacted.

A Caltex spokesperson said it was unable to continue operating due to unresolved maintenance issues with fuel infrastructure on the site.

While the spokesperson said customers could instead use the Caltex store elsewhere in town, which has 24-hour access to fuel, the impending void in combined fuel/shower/meal amenities with roadtrain parking access in Longreach has lit up social media in recent days.

When the news was shared on trucking company Facebook pages, people responded by noting that truck drivers would have nowhere between Winton and Blackall, a 400km stretch, that could service all their needs.

Read more: Highway to hell for truckies on the Landsborough

Cr Rayner said the council was hoping the landlord was negotiating to overcome and fix the necessary infrastructure.

"It could be a large job to remediate, we don't know the technical aspects," he said.

Cr Rayner said it was important that truck drivers had a safe place to rest though and so they were looking at making the showers and amenities at the Longreach Showgrounds available for them to use.

"Food outlets in town have mobiles services that could cater for them, and other fuel outlets aren't far away, but we know that ideally you want everything within walking distance," he said.

"The best outcome would be to see the road house up and running again, particularly as we come into our busy period."

Similar concerns erupted in the latter half of 2018 when the shop attached to fuel facilities at McKinlay were closed, along with a roadhouse leased by BP at Winton, due to a fuel storage issue.

That situation at Winton was remedied 10 months later when new fuel tanks were installed.