Biodynamic producers on the Atherton Tablelands harvest their most successful garlic crop in over 20 years. 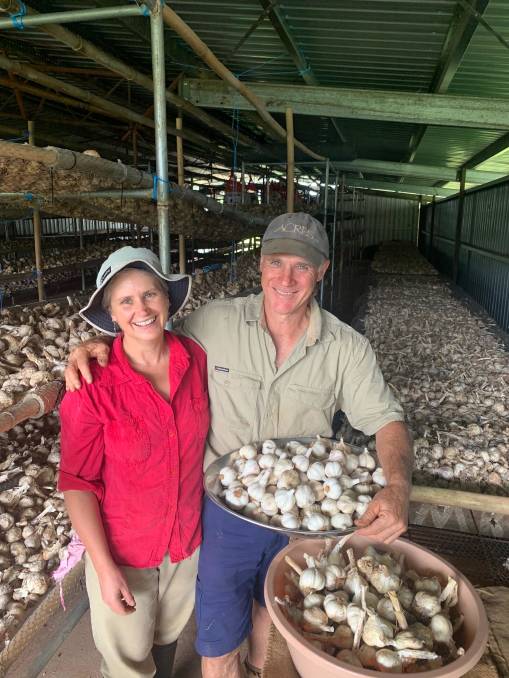 Along with his father John Collins, they grow Australian Certified Organic garlic at Kaban, 10 minutes from Ravenshoe, in the heartland of the region's rich, red volcanic soil.

Harvesting just before the wet season arrived in earnest, the Collins' crops of Russian and True garlic varieties yielded more than 10 tonnes.

"Your yield is not always just on a hectare basis, it's actually to do with the sizing of your bulbs and they've grown well this year," Mr Collins said.

The Collins' sell their biodynamic certified garlic at $30/kg, to retailers in Longreach, Townsville and Cooktown, but the majority is sold locally.

Mr Collins said the pandemic had made consumers realise the importance of buying locally produced food.

"We've always had this situation with cheap imports coming predominately from China and a lot coming from South America and now with COVID, people are becoming more conscious of buying local," he said. 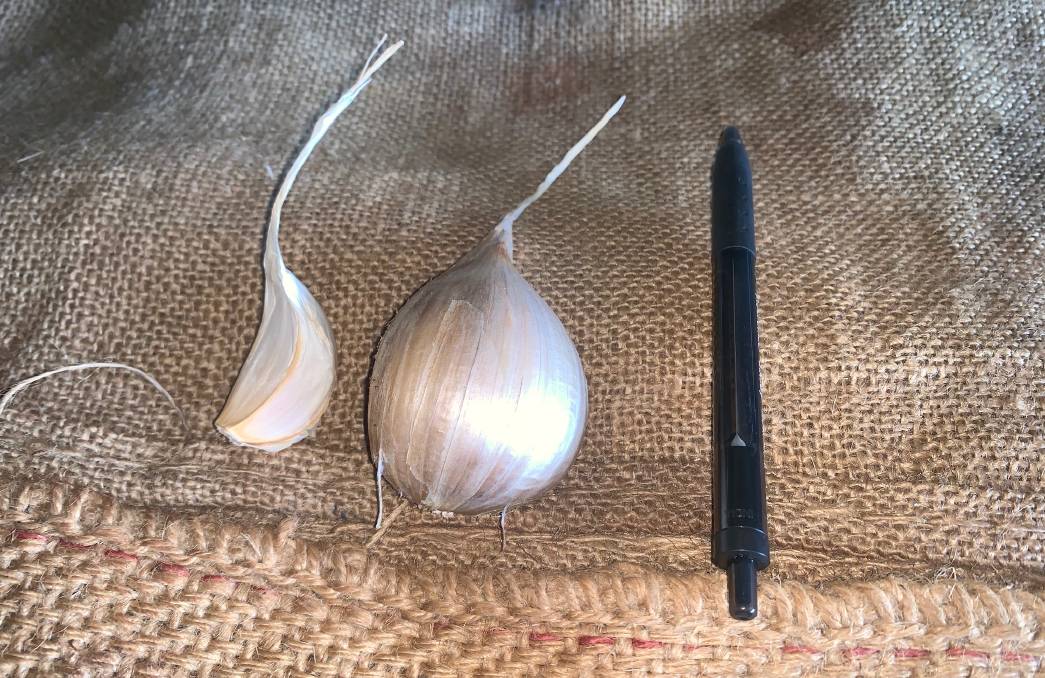 Size comparison between a pen, the True Purple (Left) and Russian Garlic (Right), which the Collins' say has grown bigger in recent years.

Despite the strong demand for locally produced Australian garlic, the Collins' are not intending to expand but instead are focused on producing a higher quality product.

"We never intended to be particularly big and we didn't want to become slaves to it, we're not just about production, we want our produce to be of the highest quality," he said.

"Growing garlic is a lot of physical work and the machinery used in the garlic industry is expensive to buy, because it's specialised and not something you can just buy off the shelf in Australia.

"For us to expand we would have to get a harvester and to buy a harvester we'd actually have to grow another five to 10 times what we're growing now."

The family's foray into the varieties they are currently using began 15 years ago. Russian garlic is from the leek family but has all the flavours of garlic, with the added bonus of larger bulbs.

Mr Collins said building up the environment is the pinnacle to a successful biodynamic garlic crop.

He said curing garlic was a delicate process.

"It takes time and it has to dry from the inside out and if you dry too quickly, you can seal the outside, trapping moisture and it rots," he said.

"We were very lucky that we got it all out of the paddock before it started raining and we actually had two weeks of drying before the rains arrived." 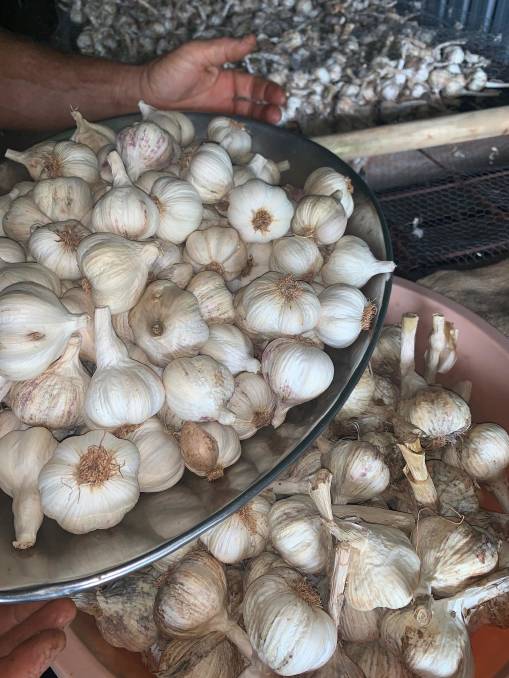 The Collins are very lucky to have community help and people wanting to come harvest their garlic varieties, which Mr Collins said he is thankful for.

"Not only was it the fact is they helped us harvest, but we had this great community spirit, this great sharing, which is what we were trying to promote more of where it's not just about wages and production," he said.

Adam and Gwen belong to a group of biodynamic/organic farmers on the Atherton Tablelands that have set up a local Organic Farmers' Co-op which they sell their produce direct to the customer.