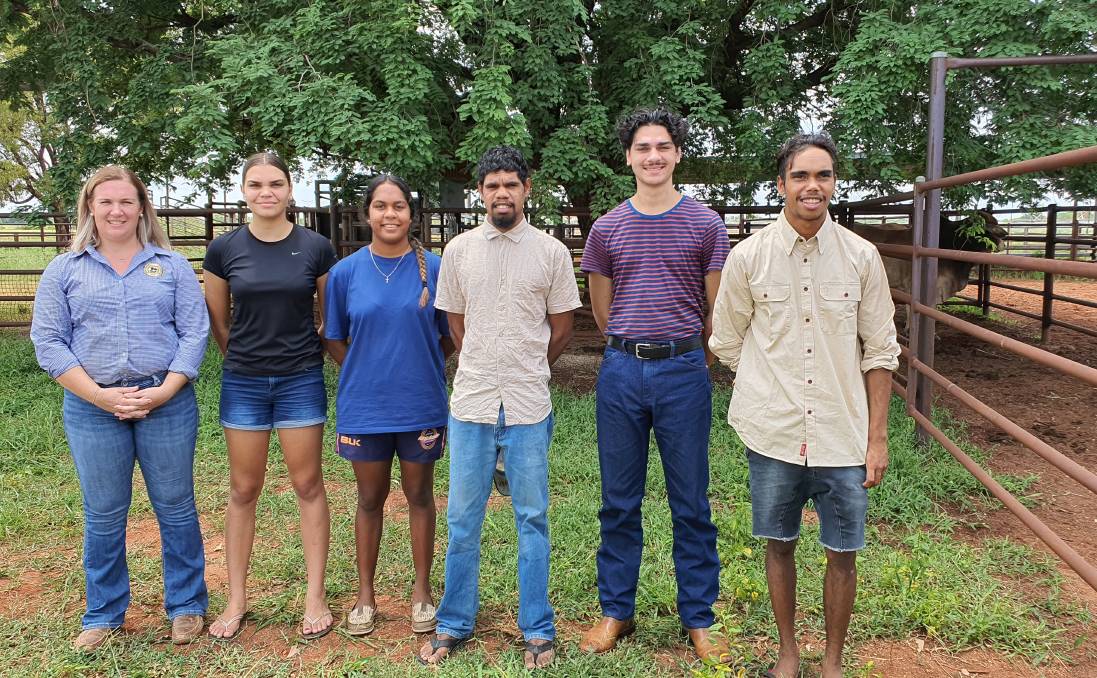 A local employment program that engages, trains and supports young Aboriginal and Torres Strait Islander people for employment in the Northern Territory pastoral industry, is starting its 13th year, with a new intake of participants about to begin their training.

Ten Indigenous men and women from across the NT will be travelling to Alice Springs in the last week of January to begin their pastoral industry training as part of the progressive and innovative Pastoral Real Jobs Program which is operated by the Northern Territory Cattlemen's Association in partnership with the Indigenous Land and Sea Corporation.

New participant Kayla Costello, who was raised at Alexandria Station, said she couldn't wait to learn more about the job she was "born into".

"My pop is a truck driver at Alexandria and when I was twelve or 13, I got to help him chase a few cattle up the ramp to be loaded on the truck. It was so exciting, and it made me realise that I wanted to make a career in this line of work," she said.

Ms Costello said after completing a Certificate II in Rural Operation through Katherine High School's Vet program, she was hoping to enroll in her Certificate III via the RJP Program.

"I want to learn lots, and I am hoping to get a good placement," she said. "I love working with animals and good mates on a station."

The 17-year-old said she could have chosen the easy way into station work, but instead she joined the RJP program to increase her knowledge and skillset as well as her career opportunities.

"Both my pops and my dad are still at Alexandria, and I could easily go there and be dad's wingman, but I want to make a name for myself in the industry. I want to learn as much as I can while I'm on the program, and one day I want to run my own stock camp," she said.

Kununurra-born Alec Bidwee, who graduated from the program last month, said he would recommend RJP to every young Indigenous person.

"I started in July 2018 and I wasn't sure about station work, but I gave it a good shot as I had nothing else to do in my life. My placement was at Brunette Downs Station and it was a life-changer," he said.

The 23-year-old said for the first month he struggled with the new environment, the unfamiliar work and a lack of confidence, but in the second month the "wow factor" set in.

"I made new friends, I became more confident, and then you suddenly realise you've found your place and you know what you're doing. Suddenly you don't need someone to give you hand anymore," he said.

In a meeting with the new intake for the 2021 RJP Program, Mr Bidwee encouraged the new participants to put in their best effort.

Northern Territory Cattlemen's Association RJP Program Manager Casey Ellis said she was proud to present certificates to recent graduates from the last intake of young Indigenous people who "have come out of their shells, become confident, grown into knowledgeable and skilled stockmen and women, and have become great leaders for the next generation".

"The RJP program provides a pathway into a genuine and rewarding career for our participants," Ms Ellis said.

"Seeing those men and women make themselves and their families proud and go into full-time employment in a profession they love, is fantastic and rewarding for everyone involved."

The new RJP intake is starting a pre-employment course in Alice Springs on January 29, including intensive and multi-faceted learning comprising industry-recognised accredited training, along with workplace and cultural guidance.

Anyone interested in the RJP Program can contact NTCA Program Coordinator Casey Ellis 0407 568 451 or via email to project.coordinator@ntca.org.au.