A North Queensland museum's mission is to see the mining heritage preserved for the benefit of future generations. Historians on the Atherton Tablelands are on a mission to conserve and document the provenance of the rich mining history of Northern Queensland.

Volunteers at the Herberton Mining Museum are collecting documents and preserving old machinery used during a tin-rush at the historic Great Northern Mine site in 1880.

More than 150 mines were being worked in North Queensland and Herberton became the first town to mine tin on the Atherton Tablelands.

Mr Searston said the museum's desire is to see the mining heritage preserved for the benefit of future generations.

"We intend to further document the provenance of anything that is regarded as significant and also to make sure that it is assessed, or how much work has to be done to it in regards to its conservation," Mr Searston said.

"A significant study was completed in 1992 and the museum was recognised as being one of the most significant heritage mine sites in Queensland, with a large amount of machinery still intact on the site."

Mr Searston said the museum has received overwhelming support, with people wanting to donate documents, particularly maps and boards that people had during the tin rush.

"They didn't want them to disappear into the Brisbane archives and be lost to the local community, because even though Brisbane looks after them very very well, it's still a struggle to get down there and do any research," he said.

"We're linked to the archives and John Oxley Library and we now have a major archival storage area for local community histories."

Ms Searston, a former Herberton Shire councillor, said the council moved to acquire the privately held mine site when it became available following the death of the owner.

"Rather than just having it as a disused site, the council was aware of its significance and historical value, which led to the mining museum concept which has now been built," he said.

"It's a huge group effort, it's a huge effort by all the volunteers that are just non-stop all the time." 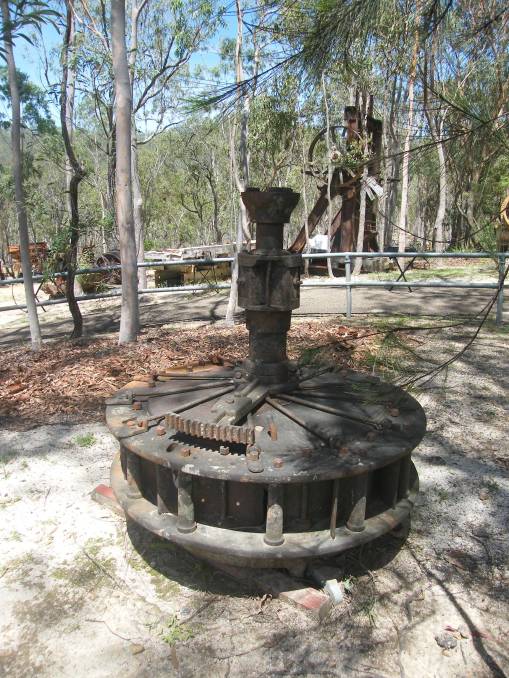 The museum holds in possession a rare surviving Lafell water turbine, which was used in the mines duirng the tin rush.

The museum holds in possession a surviving Lafell water turbine, which is dated from 1876.

Mr Searston said the rare turbine could have been the first attempt at water power being used in North Queensland at the time.

"It was used in a processing plant to drive a battery for crushing ore, not terribly successfully," he said.

"Wright State University in Ohio is trying to track down the provenance on when it was sent to Australia from America."

The museum recently received a funding boost of just over $5000 from the National Library of Australia's Community Heritage Grants program.

Tablelands councillor Annette Haydon said the money will be used to conduct a significant assessment of the museum's collection.

"This will give us greater clarity around the meaning and value of our collection, and provide context for its management, interpretation, preservation and presentation," Cr Haydon said.

James Cook University senior lecturer Dr Janice Wegner is expected to conduct the assessment, which will commence at the end of February and take about a week to complete.