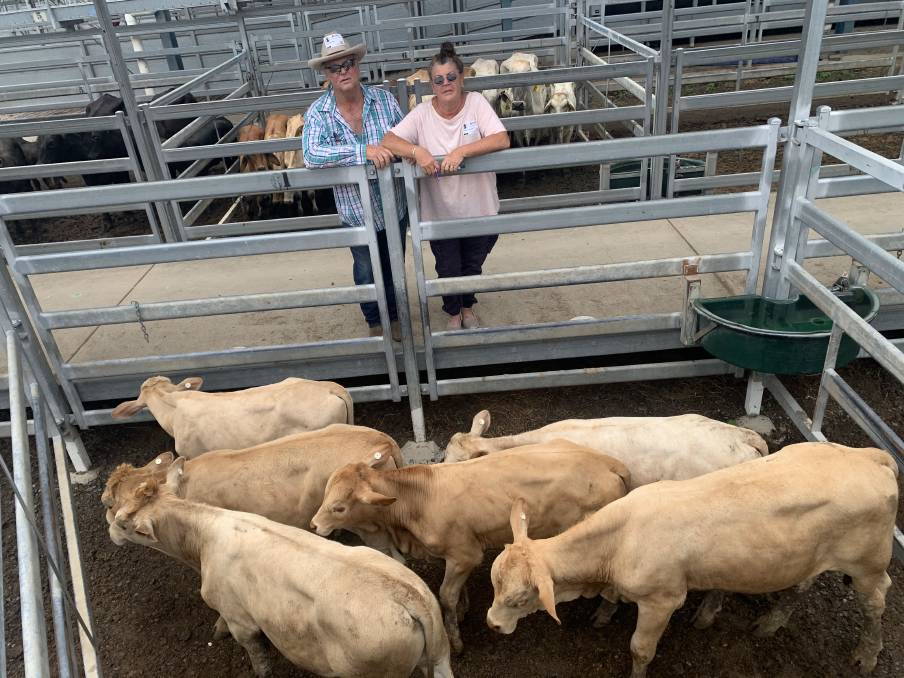 Jack and Paula Sammon, Beaudesert, with their quality pen of weaner steers they bought at the CQLX sale for 558.2c/kg. Weighing 175kg, the cattle made a return of $976/head for the vendor, S and M Hartwig.

There was a large panel of buyers at Gracemere on Wednesday.

Morgan Harris, TopX, Gracemere, described the sale as an optimistic start to the year.

"Prices were very strong, and all cattle fit to go back to the paddock were in high demand," Mr Harris said.

"There was definitely a lot more eyes on the auction at this sale," Mr Harris said.

"Our usual buyers were there, as well as a few new faces, and buyers we haven't seen in a few years' time."

The brothers of the top pen of heifers were snapped up by Beaudesert buyers Jack and Paula Sammon for 558.2c/kg. The nine head weighed 175kg to return $976/head.

Mr Harris said the cow market, which peaked at 337.2c/kg, was also a highlight of the auction.

With great positivity from the widespread rainfall and demand strong for cattle, Mr Harris predicted next week's sale would have a larger yarding and maintain similar strong prices.