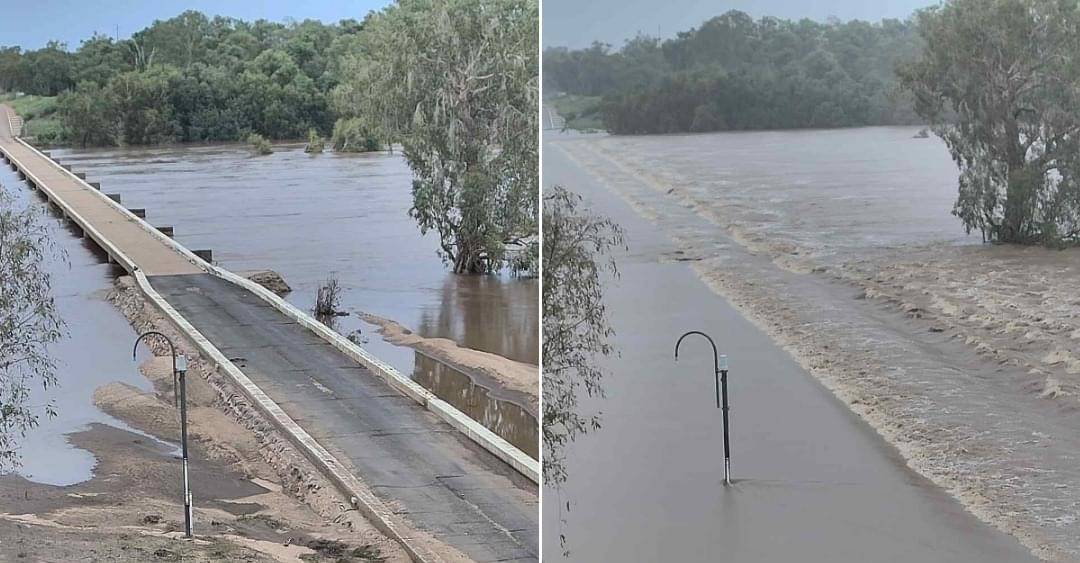 The Gilbert River Bridge on the Gulf Developmental Road in the Etheridge Shire. Picture: Department of Transport and Main Roads.

With recent heavy rain impacting various parts of Queensland and stranding travellers, messages are coming out from various levels of government about the need to be aware of conditions and make preparations.

With recent heavy rain impacting various parts of Queensland and stranding travellers, messages are coming out from various levels of government about the need to be aware of conditions and make preparations.

Federal Assistant Minister for Road Safety Scott Buchholz has reminded people planning a trip to check for road closures and conditions before starting out.

"We have had heavy rain in the far north of Queensland following the passage of ex-Tropical Cyclone Imogen, which is leaving many creeks and rivers swollen and roads cut," he said.

"I remind Queenslanders to check for closed roads and the conditions before you leave, put some space between vehicles on wet roads and as always, if it's flooded, forget it."

He was backed up by Etheridge Shire Mayor Barry Hughes, who said even though the monsoon trough had passed, heavy rain and storms were still around.

"After heavy rain the road conditions are very unpredictable, especially in unsealed sections, and I encourage people on the road to drive with caution and be mindful about how quickly conditions can change." This message comes as five western Queensland councils prepare to distribute a disaster preparedness flipbook free of charge to residents and visitors.

It will go out to people in the Barcaldine, Blackall-Tambo and Longreach Regional Councils and the Winton and Barcoo Shire Councils.

The flipbook addresses the most common natural disaster events that occur in the central west, such as flooding, severe storms, bushfires, heatwaves and as of last year, pandemics, and provides information on how to prepare for these events and the steps to take once the event has passed.

At its recent launch in Brisbane, Remote Area Planning and Development Board chairman Tony Rayner said preparedness made a big difference in times of disaster.

"Evidence shows us that communities are able to recover from natural disaster events more effectively when they're fully prepared" he said. "This flipbook supports such preparation."

The flipbook features photographs from the five council areas depicting various disaster events and will be forwarded by mail to all households, both urban and rural, in all five regions for recipients to place on their fridge.

Copies will also be made available for visitors and tourists at Visitor Information Centres in the five areas.

Funding for the flipbook was provided by the Queensland Reconstruction Authority and strengthens the efforts of local governments to prepare their communities for the onset of natural disaster events.