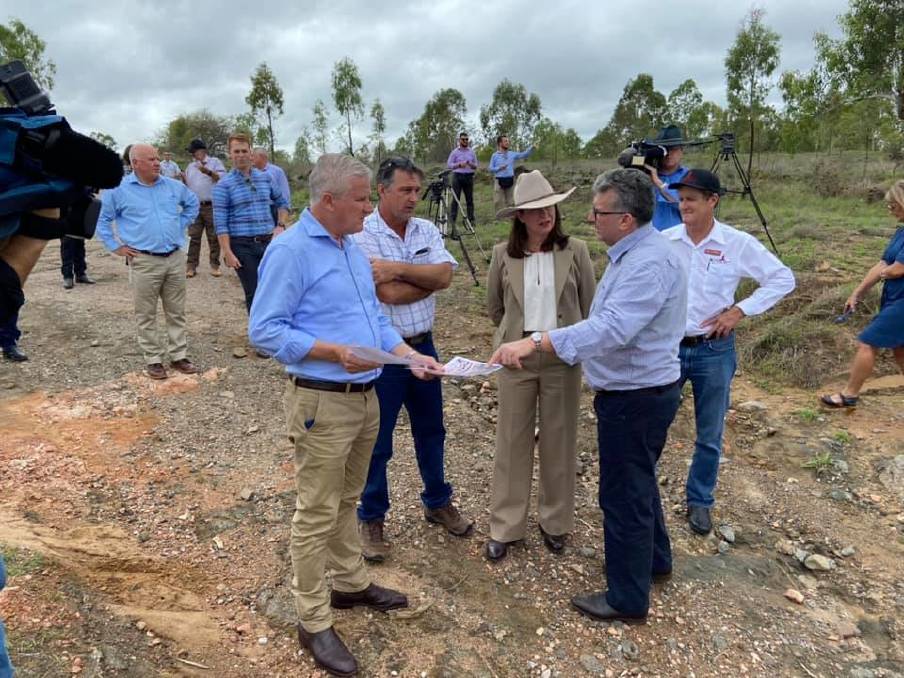 ACTING Prime Minister Michael McCormack has pledged to 'make Charters Towers great again' during a fly-in visit to the North.

ACTING Prime Minister Michael McCormack has pledged to 'make Charters Towers great again' during a fly-in visit to the North.

He said he shared Charters Towers Mayor Frank Beveridge's vision for population growth in the region, and said agriculture was the key.

"We can do it by just adding water, you add water you grow agriculture," Mr McCormack said.

The 10,000 megalitre weir on the Burdekin River, 25km north of Charters Towers, would support 5000 hectares of high value agriculture, including avocados, macadamias and citrus.

Mr McCormack said with the state government committing to match the $30 million of federal government money on the table for Big Rocks Weir, it was time to get on with the job.

"It's now time for the Queensland Government to come on the journey with us and get that first sod turned. Let's get on and build Big Rocks Weir. Because it's been way too long."

Mr McMormack said he had spoken with Queensland Water Minister Glenn Butcher yesterday about getting the job done.

"We spoke about making sure that we get the delivery done on behalf of the people of Charters Towers, great people, resourceful people, doers, builders, workers.

"We want to make sure that we get other builders, doers and resourceful people right here in Charters Towers. You wouldn't find a better place in which to live."

Mr McCormack said he was committed to growing agriculture in the north.

"We're going to build water infrastructure, we're going to make sure that agriculture can lead to this deal... so that we can have an abattoir, not just 100 kilometres away, but here in Charters Towers.