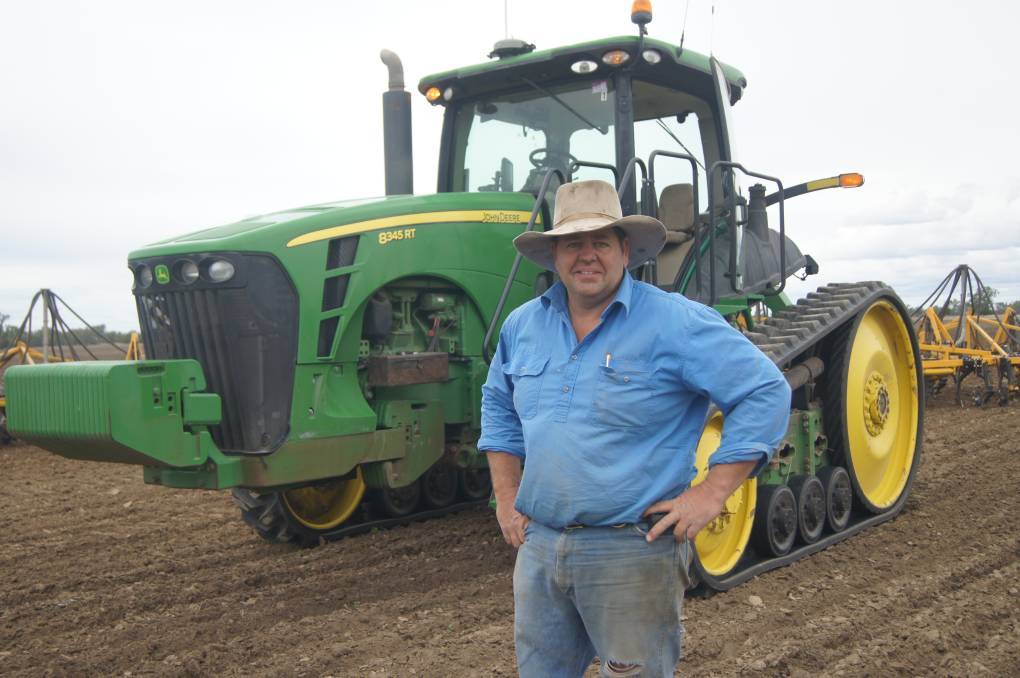 Peter Mailler on his farm outside Goondiwindi.

Comment: If free speech is a right, then there is responsibility to exercise this right with integrity.

Contrary to the insistence of the loud mouths of the political extremes, free speech is not the right to say anything you want.

Free speech is about the right to say the things that truthfully need to be said.

Donald Trump has repeatedly captured global attention in this context.

The brief occupation of the chambers of the United States Congress by an unruly mob highlights the potential cost of untempered courting of extreme rhetoric and blatant lies in the name of freedom of speech.

Scott Morrison has refused to rebuke Trump or members of his own government for their inappropriate commentary in the misguided notion that inaction is somehow key to preserving free speech.

It is not. In reality, Mr Morrison's inaction passively defends the indefensible and only serves to further normalise it.

Acting Prime Minister and leader of The Nationals, Michael McCormack, has doubled down on an equally misguided notion of free speech by suggesting that social media companies are somehow compelled to publish and enable disinformation.

Here is the rub - you can't have rights without responsibilities.

If free speech is a right, then there is necessarily an equal and opposite responsibility for those who wish to exercise that right to do so with integrity.

Having the right to express oneself does not equate to having the right to deliberately deceive, demean or cause harm to others - and probably this applies more so to politicians who hold a key position of trust in our society.

I am a great believer in free speech.

I do not think any government is well equipped to control what people can talk about through legislation or regulation.

But it is vital that the expression of free speech is not purposefully malignant in its content or intent.

This is not to say people shouldn't speak out for fear of making a mistake, or saying something that may later be proven to be incorrect.

It is important, though, to qualify one's statements and to make it clear beyond doubt to a listener or reader when someone is merely expressing an opinion, hearsay or supposition - and on what basis they do so.

We have watched Mr Trump and his enablers insist on election fraud with debunked and disproven suppositions - in other words, without basis - to incite violence and undermine a legitimate election.

While it is easy to pile-on to the most recent US riot, deliberate political and journalistic malfeasance is practiced in Australia under the guise of free speech too.

It is simply unethical for people who hold positions of considerable influence, such as politicians or media, to deliberately and purposefully present opinions, misdirects and even lies as fact.

It should never be excused blithely in the name of free speech.

The preservation of the right to speak freely in a civil society relies on the individual moderating what they say by exercising their conscience and personal integrity.

We now know that not all people have the same kind of internal filters.

Not all people have a conscience, nor do they share the same values in relation to their personal honesty or integrity.

As a result, some people misunderstand their right to free speech and abuse it.

Sadly, humanity is not perfect and the kind of self-censorship that is vital in protecting the premise of free speech is clearly failing.

We cannot protect free speech in our society by tolerating or ignoring deliberate and divisive misinformation and the agendas behind it.

In the face of willful dishonesty and ignorance, promulgated by increasingly normalised political extremism, the silent majority must exercise their right to speak up and call out the bastardisation of the integrity of free speech and our democracy.

That is my opinion anyway.

- Peter Mailler is a third generation livestock and grain farmer from northern NSW. He holds a bachelor's degree in Agricultural Science and founded the Country Minded political party.

The story Farmer calls out leaders who are undermining the integrity of free speech first appeared on Farm Online.