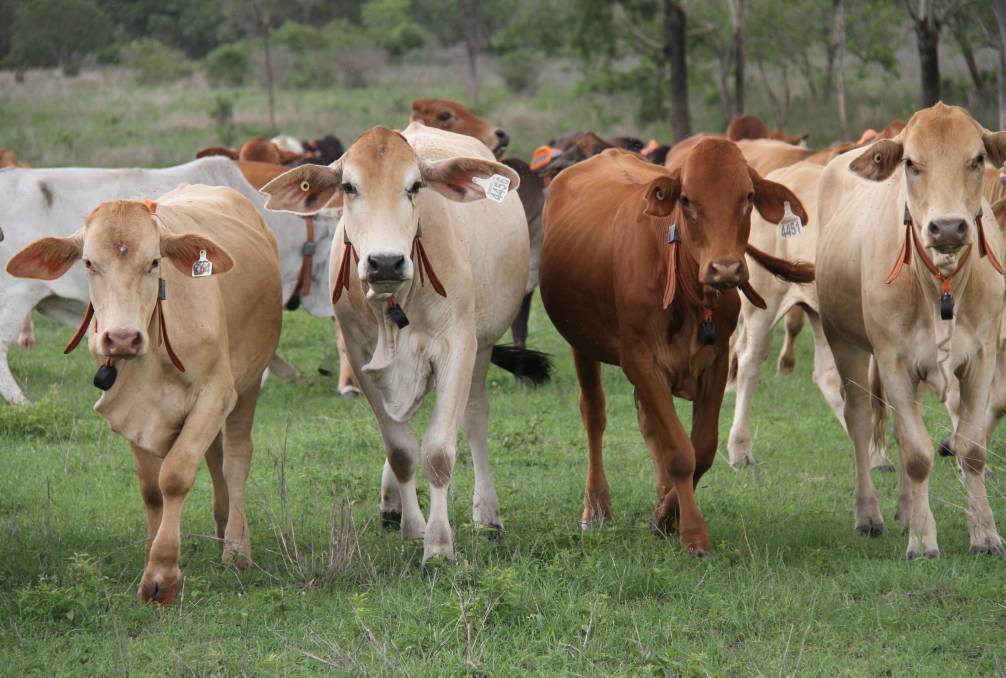 Many benefits: The McArthurs have trialled the eShepherd virtual fencing technology on 450 head of their predominantly Brahman herd and have loved the versatility of the system.

Graziers Rob and Ainsley McArthur have thrown out the strainers and fence posts to test the eShepherd virtual fencing technology to control grazing patterns and increase pasture productivity on their property, Mystery Park, near St Lawrence.

As participants in a three-month trial of the eShepherd system, the McArthurs have experimented with virtually excluding riparian zones, overgrazed pockets, and water courses. They've also integrated the technology as part of their regular rotational grazing system.

Mrs McArthur said the trial, which includes around 10 per cent of the Mystery Park herd, commenced with a 10-day period where stock was initiated to the system in a familiar paddock.

"Cattle will normally 'walk the fence' and test the boundaries if they are somewhere new, so by putting them somewhere they know, they settled in quickly to the technology," she said.

"We started by putting in one invisible line or fence at a time. When they reach that virtual line they receive an audible buzz, followed by an electric pulse if they ignore it, which is much less powerful than an electric fence."

We can absolutely see the potential of rolling it (the eShepherd system) out through our whole herd at some point as it really does help to maximise the healthy grazing of grass, while protecting problematic areas. - Ainsley McArthur, Mystery Park, St Lawrence.

eShepherd is a new agricultural technology to control and move cattle whereby individual animals are fitted with an intelligent neckband that houses a microchip and solar-powered battery. Each device reports to a base station which then feeds back to the owner's computer or tablet device. The fence lines are then 'built' by inputting GPS coordinates into the eShepherd program.

In an average season, Mystery Park supports 5000 head of cattle as part of a breeding and trading enterprise made up of a predominantly Brahman herd, with a mixture of Angus, Brangus, and Belmont Red crosses.

Situated halfway between Rockhampton and Mackay, the property is a stone's throw from the coast, so protecting the Great Barrier Reef and conserving soil by maintaining pasture health has been a long-term priority for the family business.

While cattle collar technology has been used for GPS tracking and behaviour monitoring, virtual fences are a relatively new concept in agricultural production. Fruitful trial: Central Queensland graziers Rob and Ainsley McArthur, are participants in a three-month trial of the eShepherd system.

"We believe we are part of the solution to improving land management practices, both in catchment areas and more broadly across the Australian grazing sector, through virtual fencing," Mr Chaffey said.

Mrs McArthur said the trial on Mystery Park also demonstrated the ability of virtual systems to mould to landscapes and refine the shape of paddocks to protect waterways while maximising grazing area.

"We have paddocks where the cattle need to cross a river, so this allowed us to create an exact pathway and then make use of the pasture between gullies and watercourses that would normally be fenced off because of the convenience of straight lines."

Virtual fencing has also proven effective beyond protection of riparian zones with the McArthurs using eShepherd to support intensive rotational grazing, including splitting a 200ha paddock into 20ha lots.

"Using eShepherd was much easier because you could just draw it, which means you can graze any way you like - in a triangle, along a creek or any shape."

The McArthurs also experimented with exclusion zones, including for the base station.

"If you had a big boggy dam and you would prefer the herd to water at a different point, like a trough for example, you can simply put an exclusion fence around it. We did it for the base station too, to stop the cattle rubbing against it."

Impressed by the technology the McArthurs are now looking to roll eShepherd out across more of their herd.

"We trialled the technology on 450 head and loved the versatility of the system.

"We can absolutely see the potential of rolling it out through our whole herd at some point as it really does help to maximise the healthy grazing of grass, while protecting problematic areas."