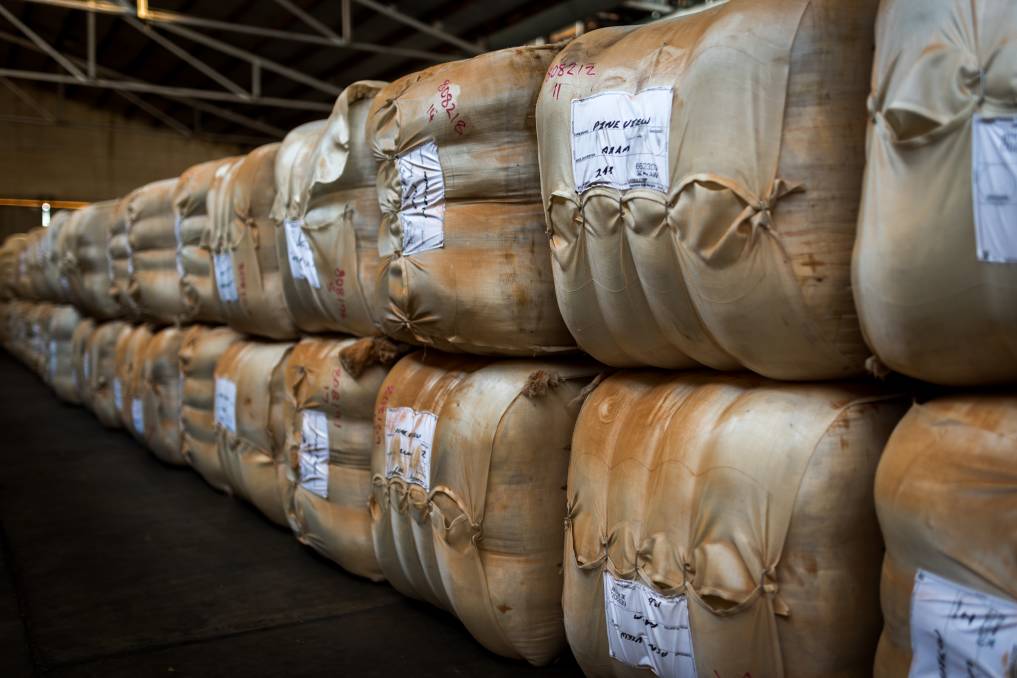 Despite many hurdles experienced by the wool industry in 2020, there have been relatively few casualties and the expectation is that things will improve in the New Year.

The wool industry has jumped many hurdles this year with relatively few casualties.

The last national wool auction sales for the calendar year faced some fairly significant headwinds, but came through with flying colours.

Despite the local currency continuing to climb in value against the US Dollar, a relatively big offering - initially expected to be close to the 50,000-bale mark - and the timing of the sale being so close to the Christmas closure for shipping and dumping facilities, a relatively small decline of 40 cents a kilogram was printed.

In US Dollar terms, the reduction was only 18c/kg, and many in the trade thought good wools - or those in the pockets of current demand - were unchanged in price.

The European buyers experienced a similar reduction in their currency, with 16c/kg Euro being taken-off the overall wool indicator. Although, many of their specific types of interest remained unchanged in value.

So, the industry turns the page on 2020 - thankfully - and with a fair degree of expectation that 2021 will be much better, or certainly nowhere near as traumatic.

Despite some of the hurdles faced and the challenges that needed to be overcome just to keep moving forward, there have been relatively few casualties in the industry to date.

News is starting to filter out about a textile operation in China that may have defaulted on a couple of bond repayments.

So, cash is obviously still tight there, and some Chinese trading companies are saying that their debtor levels have increased recently.

Those early stage processors from China who entered the COVID-19 pandemic with significant forward order books to Europe have largely managed to get everything delivered now, after quite a few delays, according to recent reports.

The big volume of cancellations for greasy wool shipments from a previously reputable Indian buyer has perhaps been the greatest stain on the industry's reputation this year.

Although wool auctions will resume again on January 12 after the Christmas recess, the timing of the Lunar New Year may cast a bit of a shadow over the resumption of sales.

Given the importance of China, Japan, Korea and Vietnam as buyers, processors and customers of Australian wool, the New Year will not officially start for them until February 12.

Only then will they be able to turn the page and move forward with new determination and a clean slate financially and emotionally.

So, while the resumption of sales in January often brings about a flurry of restocking activity - and earlier this year we saw an increase of 100c/kg in the market on the first auction day - many may understandably be a little more hesitant or circumspect this time around.

Exactly how big the offering will be, what is happening on the COVID-19 front across Asia and Europe, shipping rates, the current state of play between Beijing and Canberra - as well as the credit situation in China - will all be factors the trade will consider before placing orders in the first week of sales in January.

Some operators, no doubt, will be hovering and waiting to swoop-in and pick up any cheap stock available for their mill if the masses decide to sit out.

But the tone of the market will be determined by the activity of the collective.

There are certainly some nerves among mill principals as we wind-up the year.

The export demand looked to be picking-up again, with European mills starting to signal an increase in demand as they intended to ramp-up production in early 2021.

Then along came wave number three of the pandemic, and more and more lockdowns were imposed.

Getting people out of lockdown and into vaccination clinics on the way to the mill may be the only way in which the European factories can achieve their intended production targets.

At least the transport routes will be clear for the vaccine distribution.

But Beijing's obsession with fumigation of inbound goods is starting to cause ripples along the transport pipeline.

The backlog at ports while documentation is checked and rechecked, and sanitation carried out, is creating havoc with export processes as well.

Moving a container through the port of Shanghai can take up to two weeks now, rather than two days.

Shipping companies, obviously burning mountains of cash from the delays, have decided they are able to pass this cost on to their customers.

The cost of moving a container of wool top, yarn or fabric from China to Europe has suddenly increased from US$2300 to about US$8400, according to some reports.

Obviously for those mills with 20 or 30 containers booked for shipment in the next month or so, there is some anxiety in shipping departments.

But usually these classic over-reactions correct themselves fairly swiftly in China, and hopefully this shipping impost is no different - as the wool industry certainly doesn't need another impediment to the export side of the equation.

Chinese domestic demand has, to a large degree, 'saved our bacon' in the past six months.

But the domestic market in China is changing, evolving and not without its challenges either.

The trend of next-to-skin active wear is just developing. While products are being manufactured and creating demand for fine and superfine Merino greasy wool here in Australia, uptake by consumers is not as rapid as some would like.

The transition of demand from menswear across to womenswear, already highlighted in other markets, is starting to become apparent in the Chinese domestic market as well.

The crossbred sector in China, however, struggles to maintain any sort of momentum.

Although everyone involved knows that this wool is cheap - in some cases even cheaper than acrylic - finding the right product to soak-up the quantities available is proving very difficult.

So, the general consensus appears to be that there is plenty of upside for wool prices as the world recovers from the COVID-19 pandemic, thanks to the massive stimulus cheques still being handed out.

We do need to overcome the current winter wave of virus sweeping around the Northern Hemisphere and, of course, get Brexit ticked off - and swap teams in the White House. But these look to be more positive this week.

It is hoped 2021 will be better than the year we have just endured.

Things will not change overnight, but probably gather pace and - by the time the Lunar New Year comes around - it should be relative smooth sailing.

The story Wool trade has got through pandemic year relatively unscathed, according to broker first appeared on The Land.