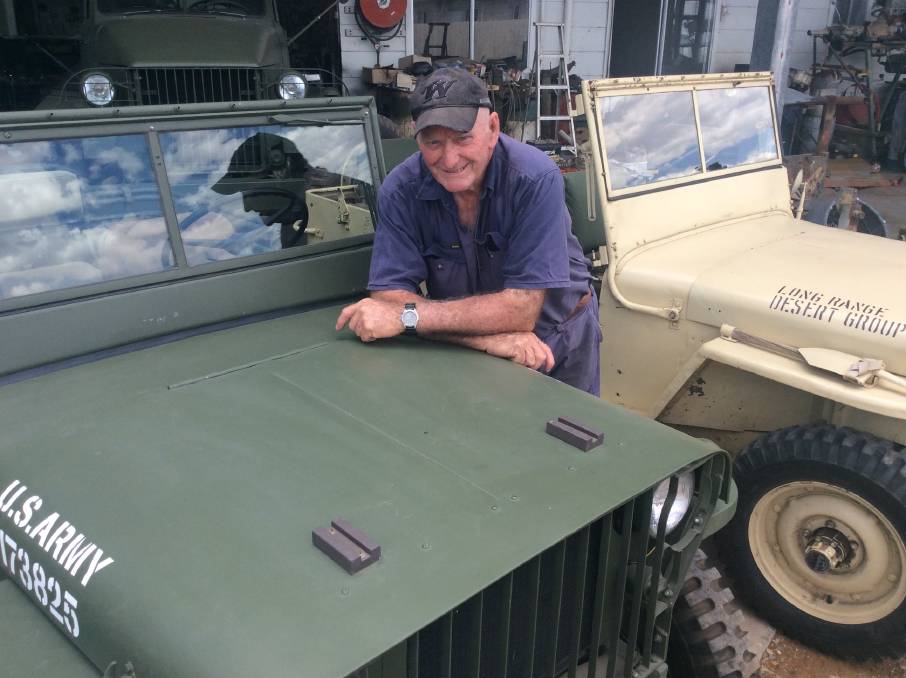 Goondiwindi's Roger North has restored 40 War World II Jeeps. "I just love them," Roger laughed. "They are just such simple and wonderful machines to work on."

ROGER North was just 14 when he bought his first Jeep.

He had dragged his mother down from the family's cattle property at Esk to an army vehicle surplus sale at Banyo, where the popular four wheel drives were lined up one after the other.

Depending on condition, the Jeeps were selling for anything from 250 to 300 pounds. What Roger didn't realise was that it was a 'dealer only' auction. "Some bloke said to me 'you can't bid, it's dealers only'," Roger said. 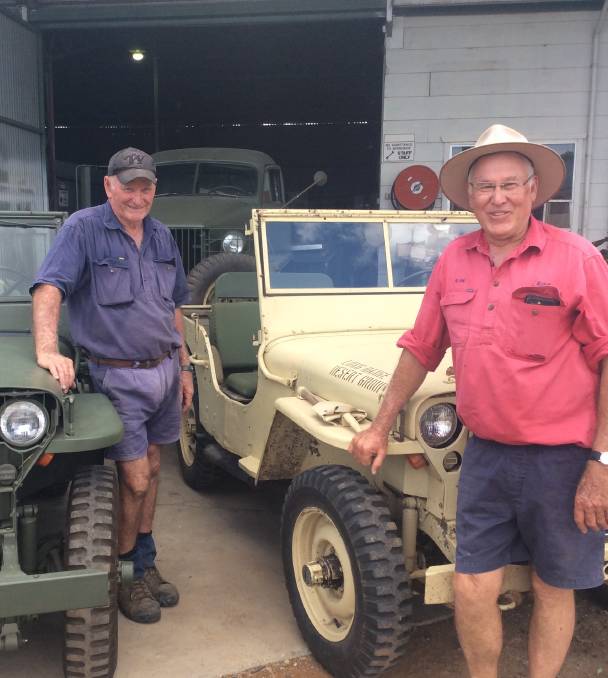 Big for his age and full of cheek, Roger didn't take a backward step. He had made the trip to Brisbane to buy a Jeep and was determined to go home with one.

"I shot back it wasn't advertised that way in the Courier-Mail, so I would be buying a Jeep. The dealers clearly weren't happy, but I wasn't worried."

As luck would have it, Roger had been yarning with one of the army officers, telling him he was keen to buy one Jeep in particular. It turned out it was the officer's own assigned vehicle.

Obviously impressed by Roger's enthusiasm, the officer said he would see what he could do. He spoke to the auctioneer, and a few minutes later the far better than average condition Jeep was knocked down to Roger for just 200 pounds before the dealers had a chance to bid.

Jeeps are noted for their simplicity and incredible endurance.

"Next thing I know is this red faced big bloke - one of the dealers - had me by the shirt front and his fist cocked," Roger said.

"Through his clenched teeth he told me in no uncertain terms to leave the auction and that if I wanted to buy a Jeep, I could go to his car yard and pay 600 pounds for one. He really wanted to punch me. But I had my Jeep so I was too excited and grinning too much to be too worried."

So excited, he proudly drove the vehicle home despite being nowhere near an age where he could have a drivers license. Jump ahead 62 years and the Goondiwindi engineer has now done up 40 of the mighty machines for himself and other enthusiasts. "Millions of them were produced during World War II, but no two are exactly the same," Roger said. One of his favourites is an early 1942 model sourced from a Buderim strawberry farm, but originally in service in Hawaii.

"Going by the dates, it would have been there when Pearl Harbour was bombed by the Japanese," Roger said.

Roger has also reconstructed a version used in the Middle East. That sand-coloured Jeep boasted a radiator overflow tank and had several of the vertical bars cut out of the grill for air flow.

The restored air force Jeep owned by Alan Rae in Goondiwindi has a bar welded above the windscreen to raise the height of the canvas roof.

"The most dangerous thing to these machines are farmers with new bulldozers," Roger laughed.

"They suddenly start getting told by their wives to bury all the rubbish, and they're usually only too willing to oblige.

"That and scrap metal dealers have sadly seen so many old machines lost."