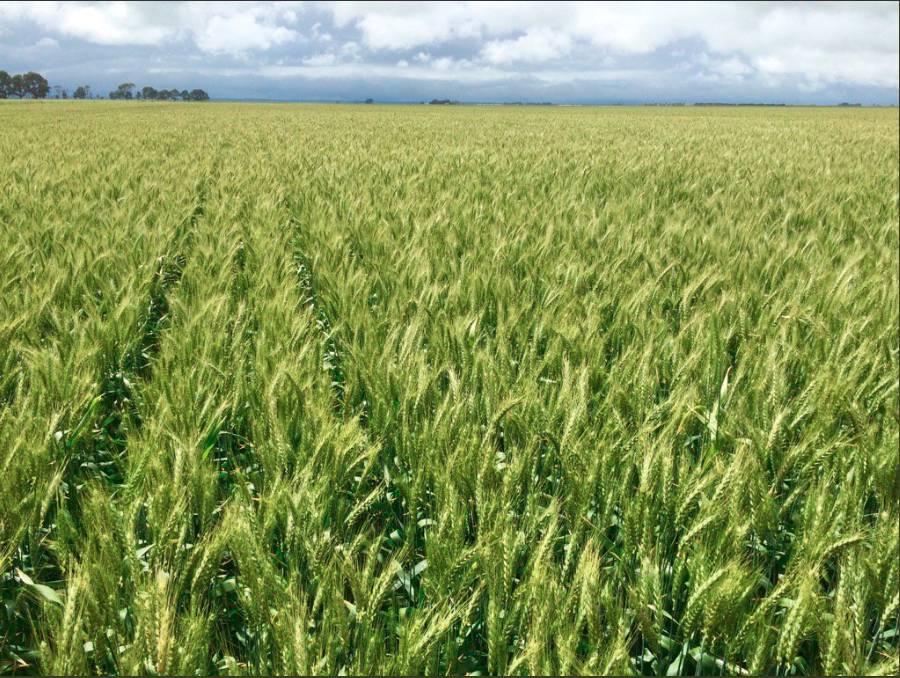 Croppers across much of Europe are optimistic heading into their spring, but drought and poor winter forecasts are causing concern for their US counterparts.

As Christmas approaches and the brutal cold descends on the Northern Hemisphere, the winter crop planting campaign across the European Union and the United States has finished.

Juvenile plants are bracing for the typical weather extremes, and eagerly awaiting a nice white blanket of snow for protection.

Favourable weather conditions across most of Europe in October and November meant that the cereal crop was planted within the traditional sowing window in most regions.

There were early delays due to excessive rainfall in some central and eastern regions, but growers managed to catch up with the drier weather in November.

On the other hand, the rapeseed area is expected to be smaller than last year after October rains caused waterlogging in several regions. The fields only dried out enough for seeding activities just as the planting window was closing.

Some later season varieties were planted in France and Germany, but the many paddocks earmarked for rapeseed were switched to cereals - or not sown at all.

Europe has been warmer than average in recent months, and most of the agricultural regions of northern and eastern parts of the continent have experienced their warmest autumn on record.

Those countries on the Scandinavian Peninsula and surrounding the Baltic Sea have had the most significant variation from average.

The warmer temperatures, coupled with average to above-average soil moisture in most regions of Europe, have been ideal for crop establishment.

Hardening is the bio-physiological process by which winter cereals build low-temperature tolerance to withstand the freezing conditions that occur during the winter dormancy period.

The mild weather conditions mean that this hardening process only started when the cold weather arrived in early December, which was much later than usual.

As a result, frost tolerance remains low in most of the western, southern, south western and central cropping regions of Europe.

France is the biggest winter crop producer in the EU, and the French Ministry for Agriculture and Food had expected a dramatic rebound in the country's planted wheat area this year after rain severely hampered the 2019 sowing campaign.

But its first estimate fell well short of market expectations.

The Ministry pegged the country's soft winter wheat planted area at 4.73 million hectares, which is up 12.4 per cent on the 4.21 million hectares planted in 2019. But it is 1.9 per cent below the five-year average, and significantly lower than the market projections of 5-5.2 million hectares.

The winter barley area was estimated at 1.26 million hectares, which is up 6.6 per cent from the previous year - but 5.7 per cent below the five-year average.

Rapeseed plantings were estimated at 1.13 million hectares, which is an increase of 1 per cent on the area harvested in 2020 - but a massive 17 per cent below the five-year average.

The soft wheat conditions are estimated to be 96 per cent good-to-excellent, compared to 73 per cent at the same time in 2019.

Only 4 per cent of the soft wheat crop was rated as poor, against quite a substantial 26 per cent in mid-December last year.

The winter barley fields are also looking good and 94 per cent of the crop is rated as good-to-excellent, which is up from 75 per cent twelve months earlier.

On the other side of the Atlantic, much of the US winter crop area has been battling drought conditions this fall.

The worst of the dry conditions are primarily affecting the western half of the country - west of a line from the Dakotas south to Texas.

But the moisture deficit has been creeping eastward with each week of below-average rainfall.

About 97 per cent of the High Plains - which encompasses parts of Kansas, Nebraska, Wyoming, Colorado and the Dakotas - is experiencing moderate to severe drought conditions, and 51 per cent is falling into the severe category.

Total state-wide rainfall registrations for North Dakota in the three months to the end of November ranked the third driest on record.

Big parts of the Mid West are starting to feel the pinch, and 39 per cent of the area is dealing with some degree of drought or abnormal dryness.

And almost all of the Southern Plains states are experiencing moderate to extreme drought conditions.

Some much-needed precipitation fell in portions of the US hard red winter wheat growing areas during December.

The ambient temperatures were cold enough for some snow to fall, which will help protect the wheat from potentially damaging cold snaps in coming weeks.

The crop is now in dormancy, but almost the entire hard red wheat area is in moisture deficit and still needs significant moisture before the spring to ensure the crop emerges from dormancy in good condition.

A considerable proportion now has a thin snow cover, and that will be available to the plant in the spring - as long as it doesn't evaporate beforehand due to abnormally high temperatures.

In its final crop progress report for 2020, the United States Department of Agriculture called the winter wheat crop as being 52 per cent good-to-excellent.

This was up from 43 per cent a week earlier, reflecting the rainfall in the past couple of weeks.

The crop was 92 per cent emerged, compared to 89 per cent last week and a five-year average of 91 per cent.

Kansas is the biggest wheat growing state in the US, and the picture is not good for most winter crop farmers there.

Its crop is well behind the national average, at 33 per cent good-to-excellent, and is in desperate need of good rains.

The long-range forecast from the National Weather Service (NWS) suggests above-average temperatures and below-average precipitation across most of the hard red wheat belt for the first quarter of 2021.

The extended outlook remains a concern for this crop in the Southern Plains.

The robustness of the crop will be reduced by the dry conditions, leaving it vulnerable to winter-kill issues if temperatures plunge into negative territory.

Winter crops are made in the spring, and that is still months away for the Northern Hemisphere grower.

The European farmer is rightly optimistic about new crop prospects at this point in the season.

This is offset by drought conditions across much of the US winter crop area.

The one thing that appears common on both continents is the crop's susceptibility to winter-kill should there be sustained cold snaps in regions where the crop has inadequate snow cover.

The story Northern Hemisphere winter crops are made in the spring and while Europe looks good the US is mixed first appeared on Farm Online.