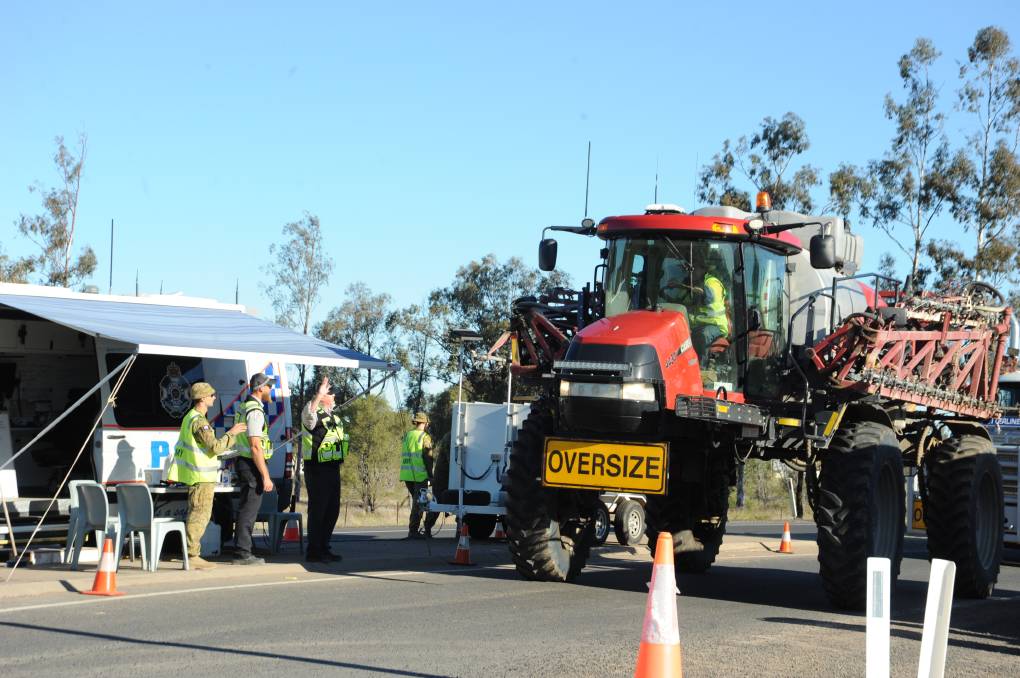 Agricultural businesses stood to lose hundreds of millions of dollars without a worker permit system.

Workforce deployments, educational arrangements and a burgeoning tourism and events economy were all thrown into disarray on March 25 when Queensland closed its borders for the first time in more than 100 years.

Workforce deployments, educational arrangements and a burgeoning tourism and events economy were all thrown into disarray on March 25 when Queensland closed its borders for the first time in more than 100 years.

For the next eight months, a police and defence force presence became commonplace at dozens of checkpoints from Wollogorang Station in the Gulf of Carpentaria to Tweed Heads on the east coast.

The closure meant anyone arriving in Queensland from another state or territory had to self-isolate for 14 days unless they were an exempt person.

It was immediately ascertained that the agriculture and freight sectors were essential services and therefore transcended strict control measures. Road trains were able to continue driving vital produce lifelines, negotiating social distancing rules that at first looked like preventing them from eating and showering.

When the gates were opened on December 1, more than one million vehicles had been intercepted at state road borders since March 27.

However, landholders such as Victoria's John and Michelle Leishman were shut out from checking on the welfare of the 300 cattle on their Wyandra property, thanks to a hard border closure mid-year that also affected the movement of seasonal harvesters until negotiations prevailed.

Among those stung by the restrictions were outback tourist attractions, where it was estimated the industry injected $527.4m into the central west each year. The loss of their main tourist season meant they were staring down the barrel of 18 months with no income.

Confusion surrounding state quarantine rules were rife and even resulted in road users getting bogged on unfamiliar roads around Cunnamulla and walking hours for help after digital mapping technology rerouted them around the Barringun checkpoint.

Those at the frontline of the COVID-19 response had to persevere through freezing cold nights and very hot days, relieved for some such as the 6th Battalion RAR soldiers at Hebel who shared special memories with Tonia Ellis, the mum of SAS soldier Sergeant Hugh Ellis, who died in the Townsville Blackhawk disaster.

And of course, the issue of Queensland's border closure was a big factor in the re-election of the Palaszczuk government on October 31.