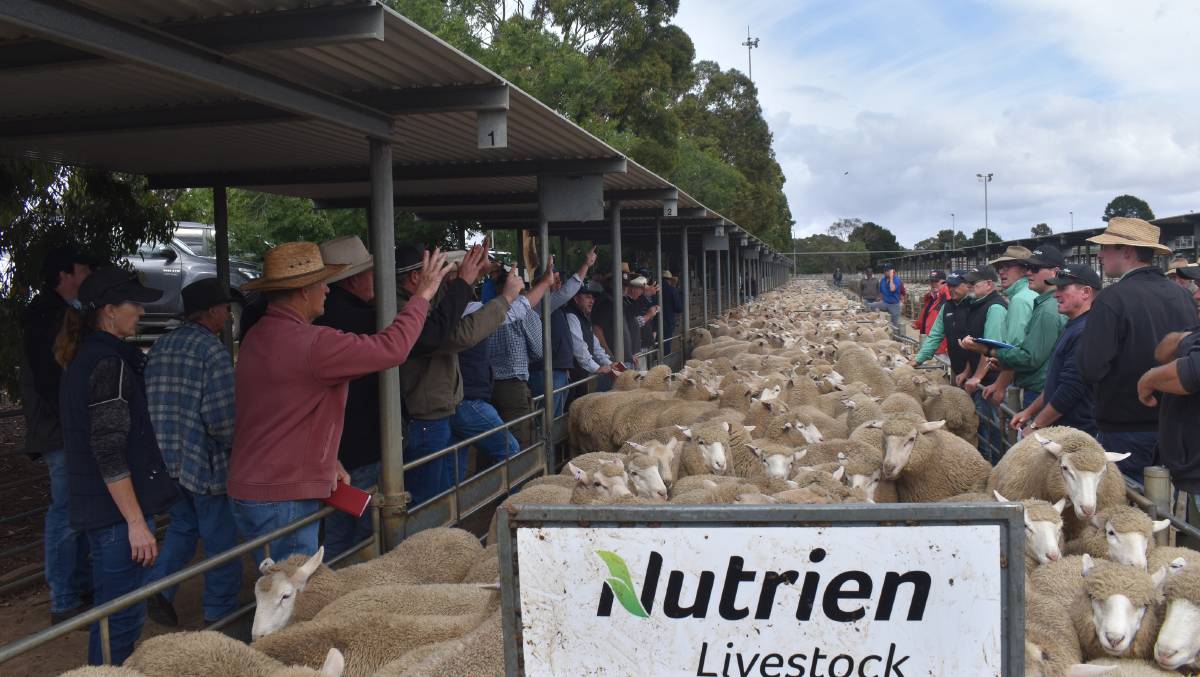 In total, a count of 253,319 head changed hands last week, two per cent above the seasonal average for this week in the year.

A bulk of lambs from south west of Victoria are making their way to the saleyards, but lamb prices remain firm.

A late spring flush of lambs from the south west of Victoria are currently making their way through saleyards, but without the typical negative impact on prices.

Total east coast lamb throughput lifted five per cent week on week thanks to the big numbers through Victorian saleyards, despite the lower numbers in South Australia and NSW.

In total, a count of 253,319 head changed hands, two per cent above the seasonal average for this week in the year.

But the supply boost from Victoria isn't troubling prices, in fact, all categories of lamb in Victoria ended the week with price improvements.

According to Nutrien Ag Solutions Bendigo livestock manager Nick Byrne the main drivers are in the south of the state, with the Bendigo region "backing off".

"Ballarat and Hamilton are in their peak selling season, selling huge numbers in the south for a six week period and that's where all the commentary is coming from at the moment," Mr Byrne said.

It is a little later than other years, but that's due to the season."

"Most of the Bendigo region lambs have been either sold or shorn.

In the month of November, lamb yardings were nine per cent higher than November 2019, but 2pc lower than the five-year average.

It was restocker lambs that lost their stride, with the national indicator dropping 25c to 873c/kg cwt.

But according to Mr Byrne, although not showing any big lift, the market has remained stable.

"From what I've seen in Bendigo, our market has held very firm, with only marginal improvements, if any," Mr Byrne said.

"I haven't noticed any great market improvements, but the extra numbers coming through also haven't made any great difference to prices.

"Probably last week in particular I was expecting it to be softer, but it wasn't."

The drop in eastern lamb slaughter helps to explain some of the price strength, down 2.5pc in November compared to the same month in 2019 and 10pc lower than the five-year average.

The lift in supply of sheep was enough to put some pressure on mutton prices with the national mutton indicator falling 19c to 616 c/kg cwt.

Mr Byrne said expects there will be two more weeks of large volumes before the season winds down for the Christmas recess.