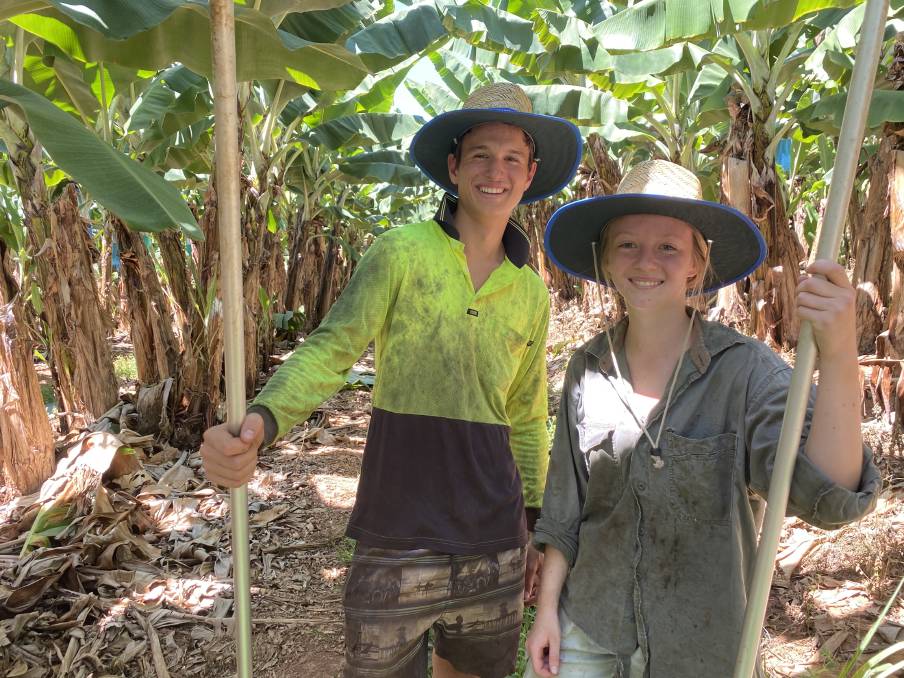 Workers are trickling North to take up seasonal fruit picking jobs, but fears are mounting as to how the horticulture industry will handle labour shortages in 2021.

WORKERS are trickling North to take up seasonal fruit picking jobs, but fears are mounting as to how the horticulture industry will handle labour shortages in 2021.

School leavers and students on university break are filling gaps on farms in the Far North, but an abundance of jobs remain available for people willing to work.

It comes after the state government last week expanded incentive payments up to $1500 for relocation throughout Queensland to fill short-term agriculture jobs, on top of the federal government's $6000 relocation incentive for Australians taking up farm work and $2000 for backpackers.

"There are delays in filling positions, it's not as easy as it used to be, but there's no technical labour shortage at this stage," Mr Moro said.

He said backpackers and eligible visa holders, school leavers, uni students and some locals were filling the bulk of the positions, while they were hopeful more seasonal workers would come to the region in the new year.

Mr Moro encouraged people from across Australia to take up the incentives and move north.

"The relocation assistance will certainly help with people who do want to move for a period of six weeks, we've had a number of enquiries about that," Ms Trout said.

"The majority are Australians and some are backpackers and people interstate wanting to travel after Christmas, but the majority of the crops are done by then. For people willing to move now and travel prior to Christmas, there is definitely work for them."

Ms Trout said while work in Bowen and Ayr was slowing, mango picking jobs would become available on the Tablelands.

She said growers needed to be flexible with their workforce and accept a mix of backpackers and locals, with workers moving from Cairns and Townsville during the season.

"It has been tight, we had a combination of locals and backpackers. There was plenty of people who want to work in the shed but finding enough pickers was difficult.

"We had some Australians travel up from Brisbane and work on our property, they didn't have any work and didn't want to sit at home."

Australian Banana Growers' Council CEO Jim Pekin said few Australians had moved to FNQ to take up jobs on banana farms and they were struggling to fill vacancies.

He said about half the staff on banana farms in past years have been visa holders.

"Current and expected staff shortages on banana farms is caused by COVID and is becoming increasingly critical," Mr Pekin said.

He said ABGC had been actively seeking Australian workers, both using the Harvest Trail and through their own banana jobs noticeboard. "This page was promoted across a range of platforms, targeting school leavers, university students and other local workers, sharing the benefits of working in the banana industry Australia-wide."