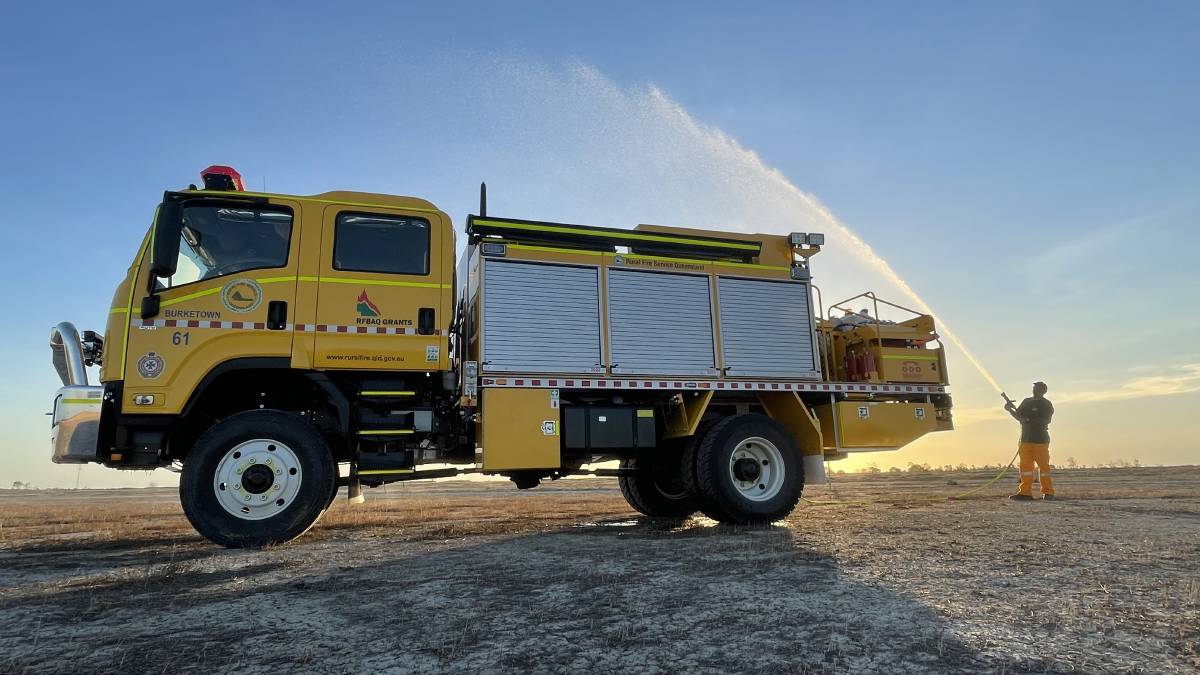 Burketown's new $500,000 fire truck was christened with water upon delivery at the start of December. Pictures supplied.

Equipment that is rare in regular fire brigade trucks is now at the fingertips of the volunteer firies manning the Burketown Rural Fire Brigade, funded totally by public donations.

Equipment that is rare in regular fire brigade trucks is now at the fingertips of the volunteer firies manning the Burketown Rural Fire Brigade, funded totally by public donations.

Christened 'Gangalidda burruluwarra' or 'bushfire' in tribal language, the QR 61 heavy attack prototype was built at a cost of $500,000.

Another, also funded by corporate and private generosity, is scheduled to be delivered to Birdsville next April.

Speaking on behalf of the Burketown RFB, Murrandoo Yanner said while the brigade had always had fire-fighting capability they were now equipped to deal with road crashes, meaning the new equipment had life-saving potential.

According to Rural Fire Brigade Association of Queensland general manager Justin Choveaux, when an accident occurs in remote locations like Burketown or Birdsville, no-one other than the local emergency services are likely to be on the spot to assist for many hours.

"Whatever you find is your problem," he said, explaining the extended capabilities of the new truck. "At the last big road accident in the region, the Rural Fire Brigade guys were there for 30 hours."

As well as battery-operated cutting gear allowing for flexibility, it's equipped with things as simple as a marquee so that a shaded command area can easily be set up.

Features of the truck are its 2700 litre water-holding capacity and a large compressed air foam system, incorporating the latest fire-fighting technology that has better extinguishing properties and means water can go further. 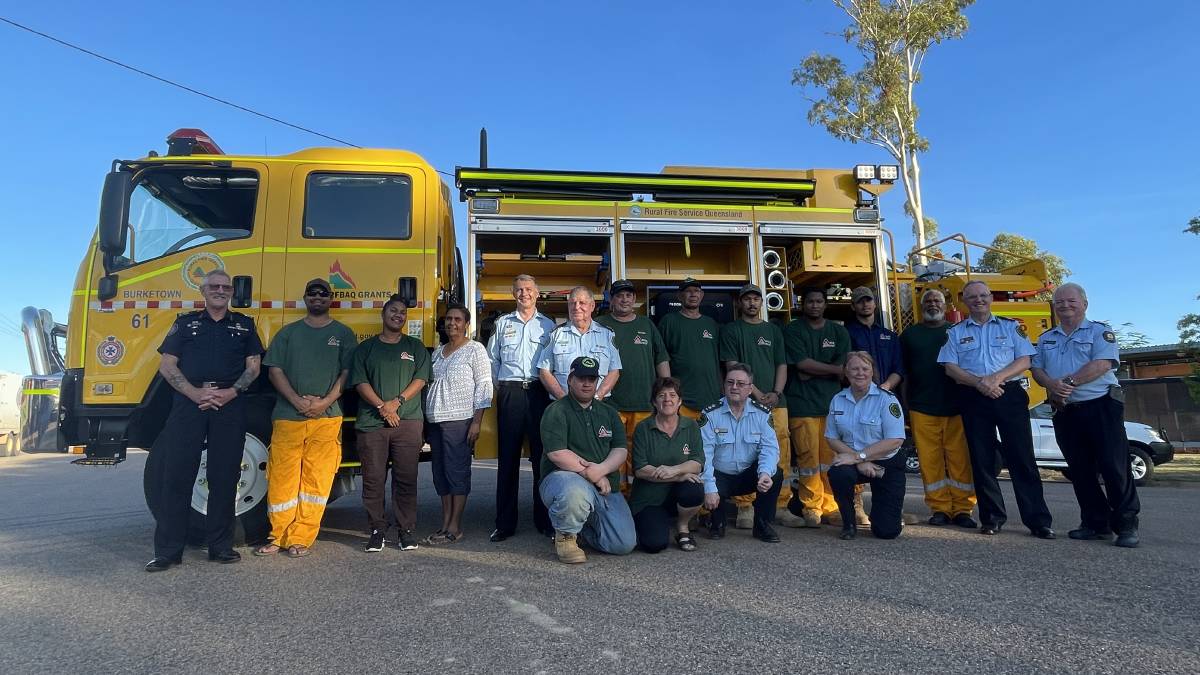 "This half million dollar truck far exceeds what the brigade had previously," Mr Choveaux said. "With an airport, bulk fuel storage, health clinic, school, petrol station and everything else that goes into a remote community, the volunteer firefighters see this new fire truck as a platform that can meet their needs like no other RFSQ truck has in the past."

The new truck is the property of the Burketown Rural Fire Brigade and QFES and the RFSQ have supplied the light bars, radios, stowage and the road crash rescue gear, valued at $50,000, for it and the forthcoming Birdsville truck.

The RFSQ will also be supplying the fuel, maintenance and insurance on the fire truck.

"We have a very successful fire program using a mosaic pattern, which creates animal biodiversity and means there's less chance of a big fire," he said. "More of our work is in prevention than in the cure."

The brigade is currently engaged in aerial burning back along hundreds of kilometres of coastline, in anticipation of wet season lightning strikes.

The RFBAQ's $900,000 fundraising goal for the two trucks was met in less than six months after it opened in January, with donations coming in from around the world.

Mr Choveaux said the severity of the last bushfire season had undoubtedly influenced the desire of people to assist, on top of the capacity for the RFBAQ to raise money.

"People like that we're already tooled up, and we do the job well," he said.

The truck's handover was a milestone moment for Mr Choveaux, who was critical of the previous Palaszczuk government's budget for Rural Fire Service Queensland trucks, describing figures quoted by the previous minister Craig Crawford as "smoke and mirrors political speak".

He questioned the lack of clearly defined state budget priorities for rural firefighting needs earlier in the year, and described the $15 million cash splash on a firefighting aircraft as a response tool that didn't help reduce fuel loads and had eaten into the truck-building budget.

The RFBAQ this year built eight Landcruiser units for brigades without one, funded by the Sunshine Coast Broadcasting Trust, as well as raise enough money for the heavy trucks, and for bushfire mapping tablets.

"So far this year the RFBAQ has gotten further ahead than the RFSQ, and we're a charity," Mr Choveaux said.

Saying the previous minister, Craig Crawford had done nothing for three years, Mr Choveaux was looking forward to a meeting with new minister Mark Ryan next week.

"He did really good things for rural firefighting when he held the portfolio in 2017," he said.