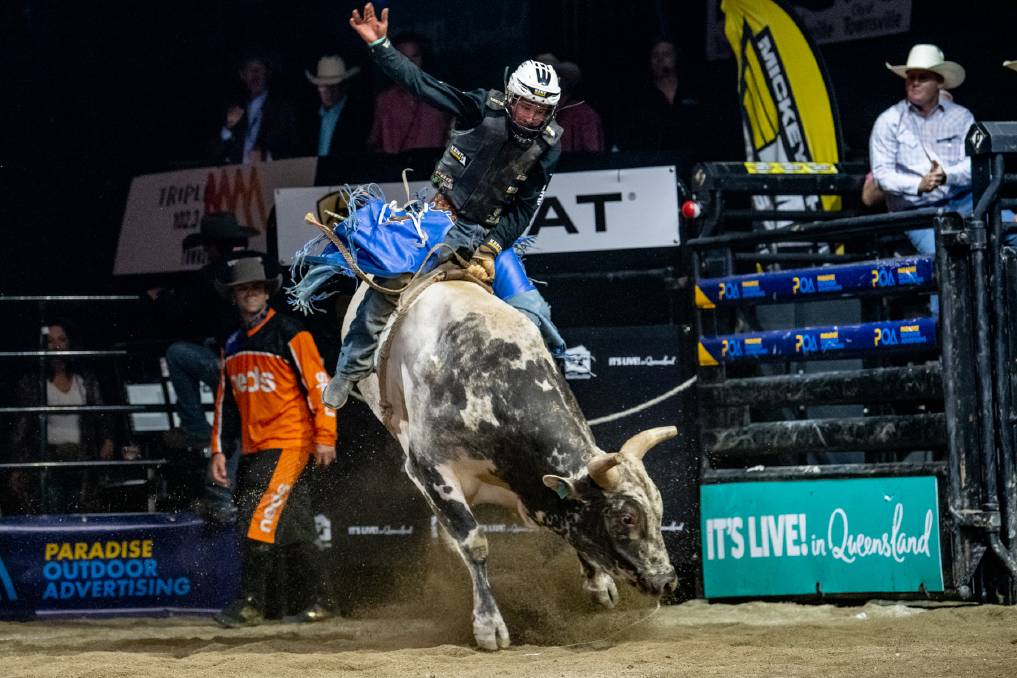 Making the record-breaking win even sweeter, it came after Kleier made the decision to cut short his debut season on the US circuit when the introduction of COVID-19 quarantine rules saw him return to Australia early this year.

"It was exhilarating to see him turn a bad situation into a good one, it's one of the lessons of life," PBR Australia general manager Glen Young said. "He rode with a purpose, to claim another Australian title, when he had to return home, and he realised his goal."

After being named the PBR Australia Rookie of the Year in 2017, Kleier claimed the number one spot on the national standings early in 2018 and maintained it throughout the season to claim his first national buckle.

He defended his title in 2019, fighting off a strong challenge from Gresford rider Lachlan Richardson, and it was the same rider that gave him a run for his money in the grand final rounds this year.

While the 22-year-old Kleier entered the season-culminating event on top in the national standings, his lead was decimated on the opening night of competition when No. 2 Lachlan Richardsonled the field of 22 riders with a perfect 2-for-2 performance.

Seven-time PBR world finals qualifier, Richardson first went the distance aboard Annihilation (Brandenburg Bucking Bulls) for 84.75 points and a runner-up finish in round one.

He then dominated round two, recording the high-marked ride of the night by covering Cattle King Boogers Beach(Dittmann Bucking Bulls) for 87.75 points.

Kleier, who rode Bad Moon(Dunne Bulls) for 84.25 points in round one before being bested by Mighty Whitey(Peter Wallace) in 5.45 seconds in round two, saw his lead shrink from 56 national points to 29 points as a result of Richardson's efforts.

The fierce battle between the nation's two titans of the sport came to a heart-breaking conclusion when Richardson wasn't able to compete on the final night of action due to a back injury.

Kleier inched closer to his third consecutive national title when he recorded his second qualified ride of the event in round three, riding Seek and Destroy(Dunne Bulls) for 76.75 points.

His momentum then continued in round four when he made the requisite eight seconds aboard Forever Amen(Brandenburg Bucking Bulls) for 84.5 points.

While Kleier's fourth consecutive appearance at the Australian grand finals ended in a buck-off, bested in 2.37 seconds by Cattle King Boogers Beach(Dittmann Bucking Bulls), his third place finish at the event earned him a critical 87 national points, allowing him to clinch the 2020 PBR Australia Championship and a pay cheque for $11,700. 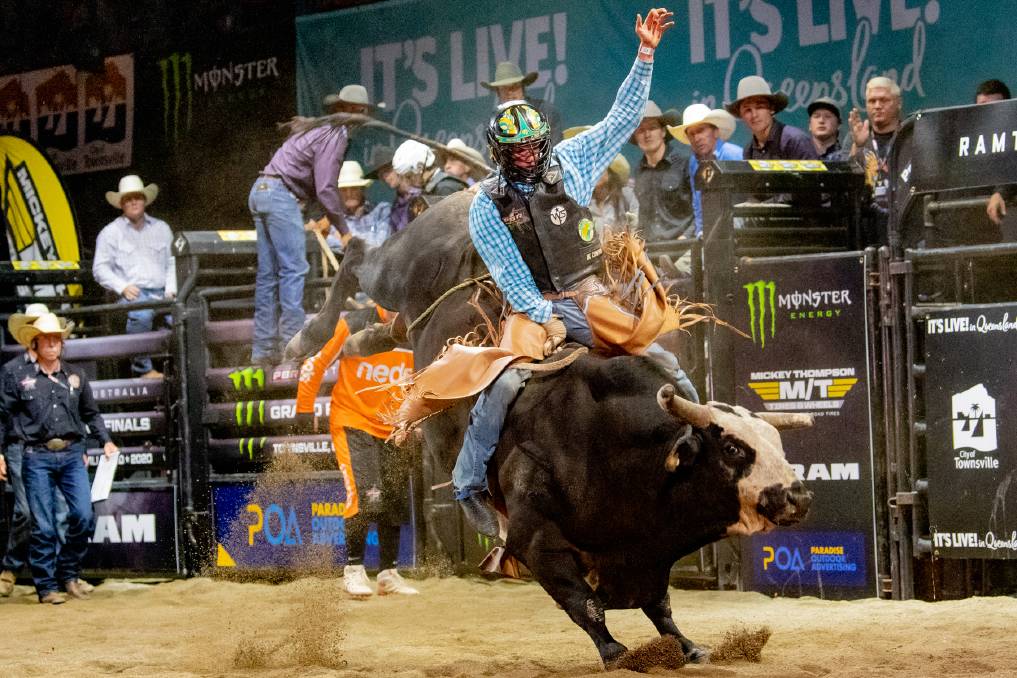 Clermont's Brady Fielder in action in the grand final.

The grand final victory earned him 155 national points and $5150, as well as the overall No. 4 position in the national standings.

Mount Isa's Jake Curr was crowned the 2020 PBR Australia Rookie of the Year at the grand final, outlasting Jackson Gray from Barcaldine.

Marking a career-first appearance at the grand finals, Curr finished 8th in the event, and his 16 national points saw him finish the season at No. 5 in the national standings.

Gray failed to record a qualified ride at the grand final, ending 2020 at No. 9, 191 points behind Curr. 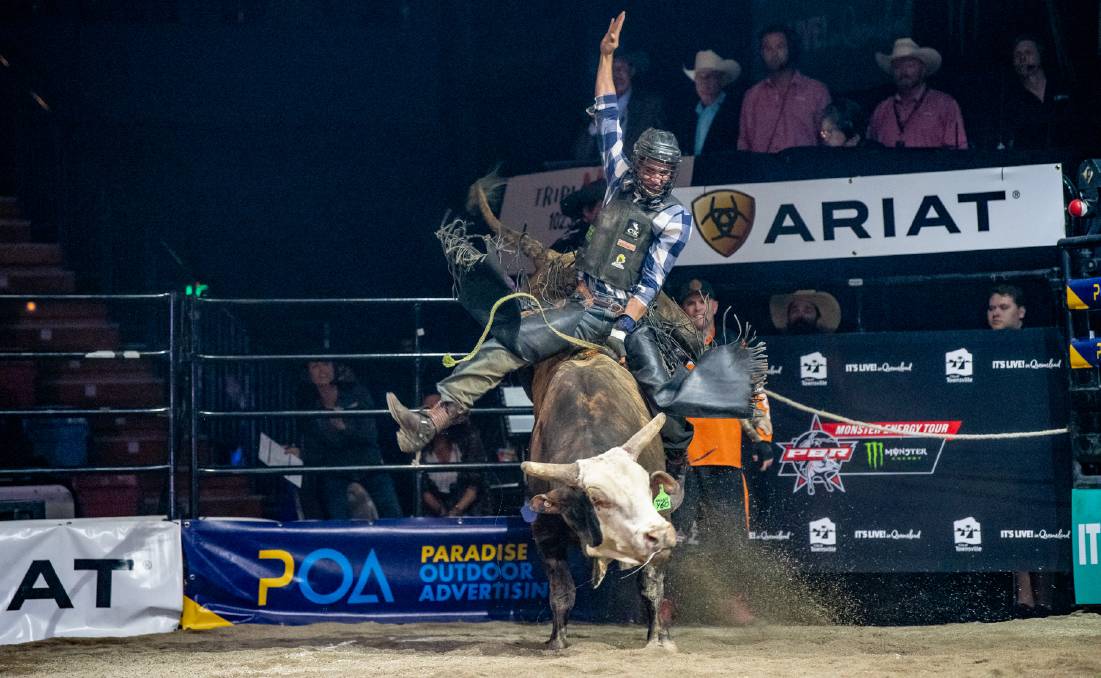 Mount Isa's Jake Curr is the 2020 PBR Australia Rookie of the Year.

A return to the heartland, regional Australia, was how PBR Australia weathered the disruption that was 2020, according to Glen Young.

Like everyone else, they didn't know how long lockdowns and quarantines would last, just working to whatever governments mandated.

"We kept dropping events until the tour as it was couldn't happen anymore," Mr Young said.

"We had to restructure, although Townsville was always the grand final whether we had a crowd or not.

"We looked at where people could travel, and it gradually opened up."

They were contracted to 16 digital broadcast events and nine post-production television events, which sometimes meant two shows a day, a big ask for the riders.

Mr Young said their biggest problem had been the different interpretations of what was and wasn't allowed under ever-changing COVID-19 restrictions.

"We battled on," he said. "What held us was our brand, and merchandise, to pay wages."

Read more: Cowboys down in Clermont

He said 2021 was looking to play out like much of this year, with social distancing in place and people aware of the need to keep themselves and others safe.

"We've had to adapt and change, to cater for more digital consumption," he said. "People have to feel comfortable."