THE sights have been firmly set on agricultural enemy fall armyworm, with agronomists, scientists, government and industry bodies zeroing in on the best ways to manage the invasive pest.

Elders Toowoomba agronomist Matt Kenny checking one of the Trapview units that are being used to monitor for early flights of fall armyworm.

THE sights have been firmly set on agricultural enemy fall armyworm, with agronomists, scientists, government and industry bodies zeroing in on the best ways to manage the invasive pest.

Fall armyworm was first detected in Australia on two Torres Strait islands in January, before reaching the mainland at Bamaga in February.

It quickly established itself in North Queensland, Northern Territory and parts of Western Australia before rapidly spreading south, throughout Queensland and into NSW.

The highly migratory moth can fly up to 500km in as little as 48 hours and at the larval stage feeds on more than 350 plant species including cultivated grasses such as maize, rice, sorghum, sugarcane and wheat, as well as fruit and vegetable and cotton crops.

With its potential to decimate entire industries, research has been rapidly undertaken in a bid to stop it in its tracks.

Elders Toowoomba technical services manager Maree Crawford said there had been a tendency for growers to overuse synthetic pyrethroids, and that blanket approach was not proving successful.

She fall armyworm outbreaks needed to be managed in a structured way taking into account factors like weather, the lifecycle stage, the crop species and extent of the infestation.

Ms Crawford said the greatest challenge was to get adequate coverage of the larvae with pesticides because they burrowed deep into plant, increasing the risk of chemical resistance. 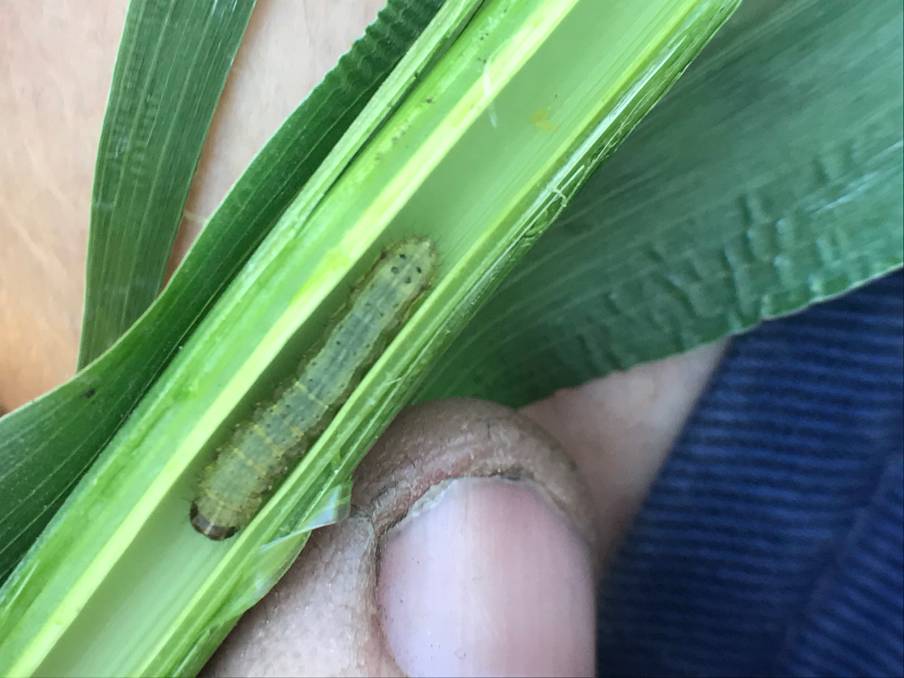 The destructive fall armyworm burrows deep into the plant.

For that reason, as well as their devastating impact on beneficial insect populations, Ms Crawford advised against blanket applications of synthetic pyrethroids.

"If you nuke everything, you're not going to have the beneficials to clean up new egg lays and hatchings underneath the leaf where your sprays have failed to reach all the fall armyworms," she said.

"Where people have tried a total knockdown approach, we're seeing them back there in big numbers in as little as 14 to 21 days, depending on temperature and day length."

Instead, rotating chemicals that preserved beneficial insects like the predatory Cotesia and Trichogramma wasps in conjunction with biotech products like Magnet, which targeted moths and reduced the amount of eggs laid, worked successfully when infestations were caught early, Ms Crawford said.

She said early detection was key to successful management.

"With this particular pest, you can't afford to take anything for granted. You need to be scouting constantly to get onto moths and hatchings at the early stages. If you get a change in the weather, get out with a head torch and look for them every night for about a week."

The CSIRO is leading a comprehensive research program into fall armyworm's insecticide sensitivities and genetic make-up. 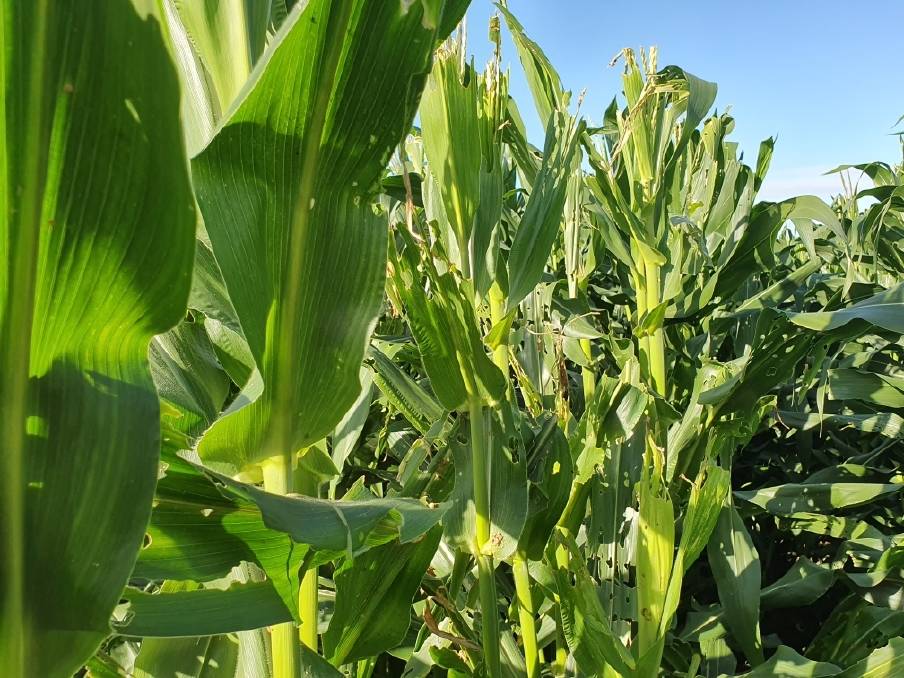 Early results show the pest is currently showing no resistance to the important insecticides chlorantraniliprole, emamectin and spinetoram.

The findings indicate that synthetic pyrethroids are unlikely to control fall armyworm in the field.

Genetic markers of resistance to Group One pesticides, organophosphates and carbamates, have been detected in some fall armyworm samples in WA and Queensland, which the scientists say need to be carefully managed slow the resistance in the field.

"This new knowledge will provide critical information to help guide insecticide use to reduce resistance risk."

Their warnings come as the Australian Pesticides and Veterinary Medicines Authority this week issued two additional permits to control fall armyworm in sweetcorn, safflower and sunflower, bring the number of current permits to 37.

Agriculture Minister David Littleproud said the Australian government was committed to supporting efforts to minimise the impact of the pest on production industries.

"Industries and governments are collaborating to support farmers manage this pest.

"The Australian Government recently provided $600,000 to Plant Health Australia to address critical gaps in national research and development which were identified in a national workshop.