The crane was unloaded piece by piece at the Port of Townsville and will take several months to assemble.

A mammoth crane will be an imposing sight on the horizon in Townsville, with the structure to loom higher than the city's current tallest man-made structure, the famed Sugar Shaker.

A MAMMOTH crane will be an imposing sight on the horizon in Townsville, with the structure to loom higher than the city's current tallest man-made structure, the famed Sugar Shaker.

The Port of Townsville has purchased it's first ship-to-shore crane since the 1970s and once assembled, it will stand at almost 100 metres high.

The crane, which was sourced from Irish company Liebherr, is the final component to the port's $30 million multi-user cargo handling facility upgrade.

The Liebherr Super Post Panamax Ship-to-Shore crane has the capability to lift two 20 foot shipping containers at once, equating to 70 tonnes.

"The new crane will increase berth capacity by around 20 per cent, greatly improving loading and unloading time for vessels servicing our region," Port of Townsville infrastructure and environment general manager Marissa Wise said. 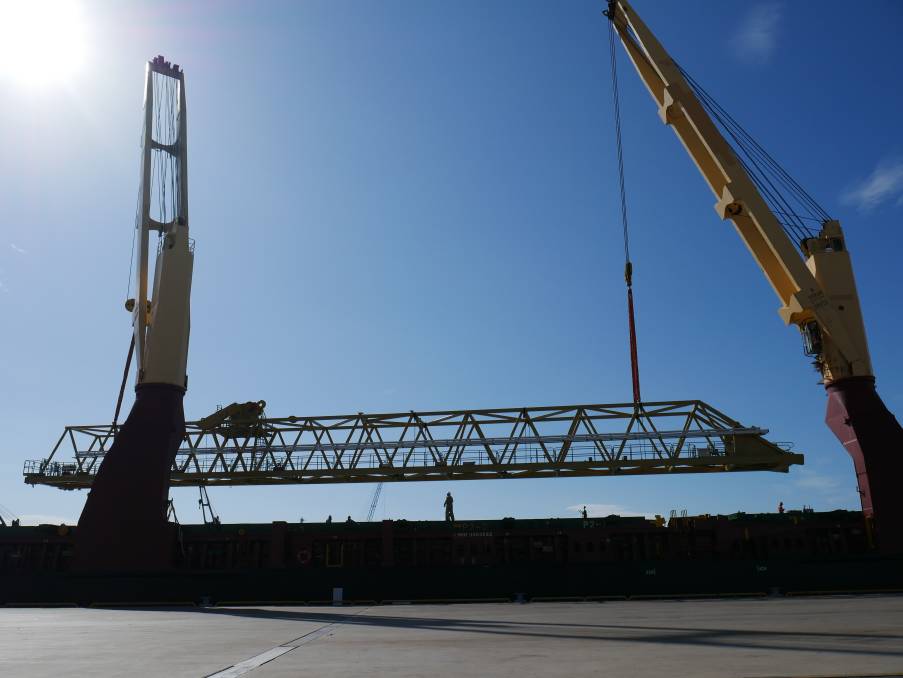 Another portion of the crane gets unloaded.

The crane's assembly will support 15-local jobs, and once complete in April, it would dwarf Townsville's current tallest structure, the Grand Chancellor Hotel, by about 24m.

The crane would be painted in the port's blue and gold corporate colours, which fittingly is the same colours of the beloved North Queensland Cowboys NRL team.

"Contractors from Townsville-based Universal Cranes will support the assembly, which will take several months, and include positioning the crane on the wharf and completing a series of safety and operational checks," Ms Wise said.

She said an open tender process was conducted before appointing a supplier.

With only a handful of companies worldwide manufacturing this type of crane, and none in Australia, the contract was awarded to Liebherr, with the port working closely with Liebherr's manufacturing team in Ireland to ensure the new crane provides optimal benefits for the port, local stevedores and port users from across northern Australia. 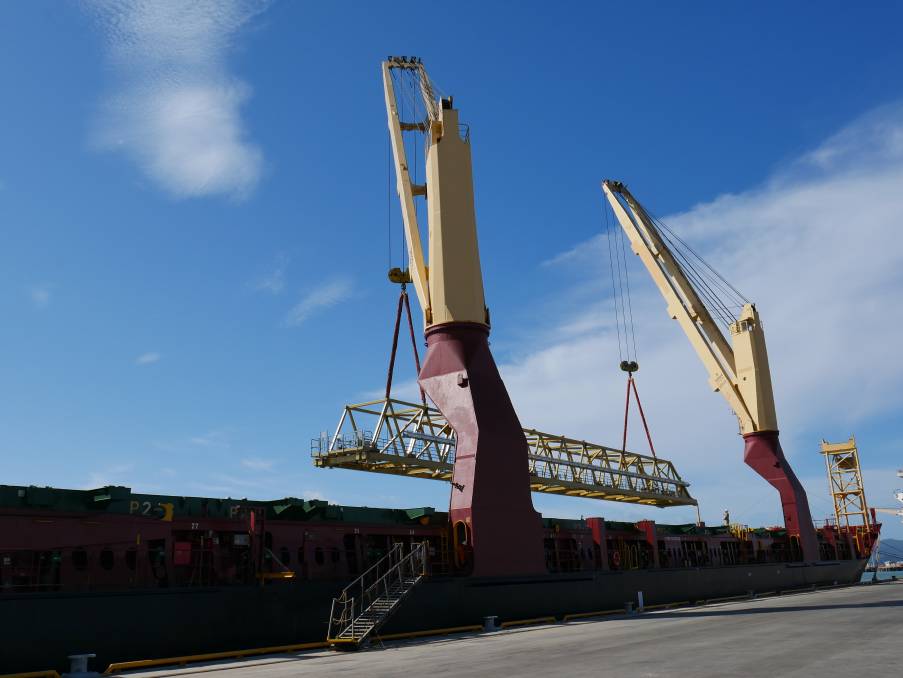 Another piece of the crane is unloaded.

"Combined with the port's berth 4 wharf upgrade completed in 2018 and the container and cargo terminal opened earlier this year, the crane will enable growth and handling efficiencies in containerised cargo, general cargo and project cargo," Ms Wise said.

"Investments like this one are vital for optimising the port's assets to ensure we keep up with Queensland's growing freight demands and prepare for the larger vessels the port will be able to accommodate following completion of the channel upgrade project in 2023.''