A PHONE app has been launched to alert tree croppers to oncoming extreme weather events.

The app aims to give the horticulture tree crop industry and its growers a valuable tool to help prepare for and respond to extreme weather events.

The weather app is built upon the national map of commercial tree crops (including avocado, banana, citrus, macadamia, mango and olive crops), overlayed by Bureau of Meteorology data, including a satellite image of Australia.

It will help growers and their industries to respond to severe weather events, including tropical cyclones, thunderstorms, hazardous winds, hail and rain.

AARSC founder and director, Professor Andrew Robson, said with many of our most lucrative tree crops concentrated in geographical regions, the impact of a single severe weather event can be significant.

"Our weather app will be particularly valuable in this La Nia year, when more severe weather events like tropical cyclones and heavy rain are expected, and when horticulture will also be struggling with a drastic shortage of pickers," Professor Robson said.

AUSTRALIAN Mango Industry Association chief executive officer, Robert Gray, said the app will have the greatest value at a regional, state and national level for his $200 million industry.

"It joins the dots between the weather, where the farms are and our production data coming from those farms," he said.

"The app will be used ahead of an impending weather event to help inform our crop flow forecasts, which are shared with everyone from buyers in the marketplace to transport and logistics companies, as well as government agencies."

"Providing advance warning of weather conditions is one thing, but knowing which areas in the Northern Territory and Queensland have been affected by a cyclone and which have been spared also enables us to quantify the impact and what it means for future supply and demand."

Bananas all on board

IN the banana industry, cyclones are one of the biggest threats to production.

Research and development manager for the Australian Banana Growers' Council, Dr Rosie Godwin, said 94 per cent of banana production is centred on the Wet Tropics region in North Queensland, where most of the cyclones strike.

"Cyclones can be extremely erratic but growers can elect to harvest fruit early or to cut leaves from their trees so they are less likely to be blow over if they receive adequate warning of an advancing cyclone," she said.

"The last day before a cyclone crosses the coast is when this app will be most useful. But in the days after a cyclone, it will also help to quantify the area of banana production impacted." 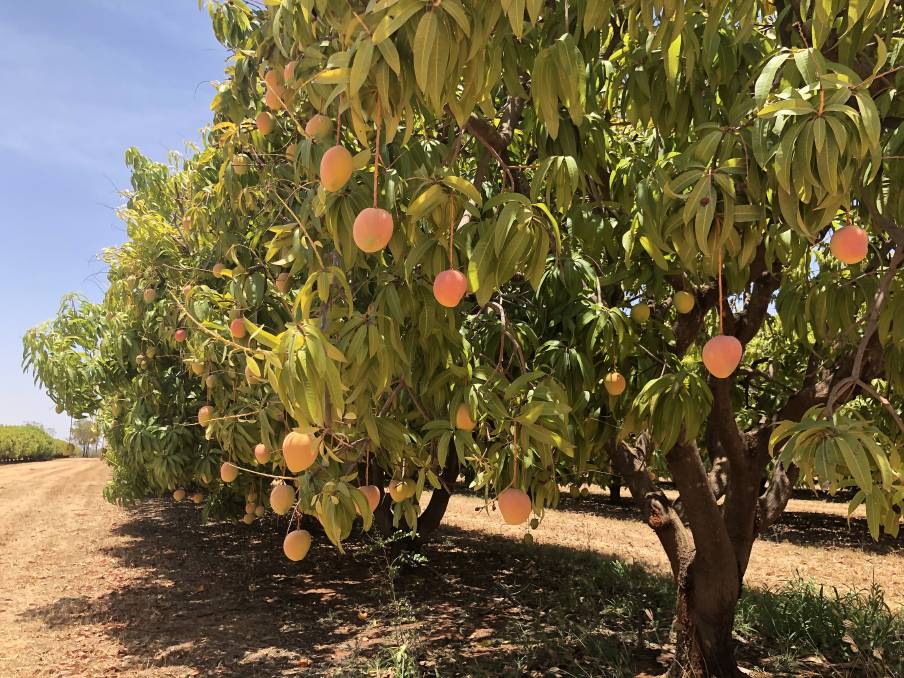 Co-developer of the app, Craig Shephard, engaged extensively with industries and their growers to compile the map of tree crops and said they have welcomed the launch of the tool.

"These are big industries and the severe weather app will help to guide decision-making at multiple scales at critical times," he said.

"In the face of an adverse weather event, we expect it will help growers to better time their harvest and labour requirements, which ultimately means that more produce can be picked and then sold."

"This ensures that growers maintain a return on production and consumers aren't exposed to a significant price increase due to reduced availability of produce, as seen with bananas following Cyclone Larry."

Professor Robson said this was particularly true of the mango harvest, which extends for just five to six weeks in each growing region.

"Understanding when weather events are coming, even days out, can be hugely beneficial, especially when you are also thousands of pickers short in Australia due to COVID-19," he said.

"Bad weather can delay a harvest, meaning growers can effectively lose their labour as they are forced to move to other, non-affected farms for work."

"But if a grower has advance warning of a week of heavy rain, they may be able to change their harvest logistics, and bring in everyone available to pick 24 hours a day to get the crop off before the bad weather arrives."

Such harvesting decisions have flow-on effects for transport and cold room storage, the quantities of packing boxes needed and, ultimately, forward-selling and returns.

Post event, the path and impact zones of tropical cyclones and severe thunderstorm cells will also be available in the app, greatly assisting response and recovery by analysing the area of tree crops affected.

CHIEF executive officer of Avocados Australia, John Tyas, said the app will enable his organisation to better support growers both during and immediately after natural disasters.

"Our industry is valued at $500 million and growing, and knowing which regions and individual growers have been impacted will allow us to reach out to them and provide the support they need," he said.

The Australian Tree Crop Map: Severe Weather App can be viewed in any browser, on any device.

At the request of industry, the AARSC will now begin undertaking further research and development to include additional layers for other severe weather events, including floods, heatwaves and frost.

View the app, as featured in the industry applications and maps gallery, at www.une.edu.au/webapps

Presenting authoritative weather information, in near-real time, is a powerful example of how spatial data can be applied in direct response to natural disaster events.

The mapping of tree crops is built to national standards and does not include any personal or commercial information on plantings.