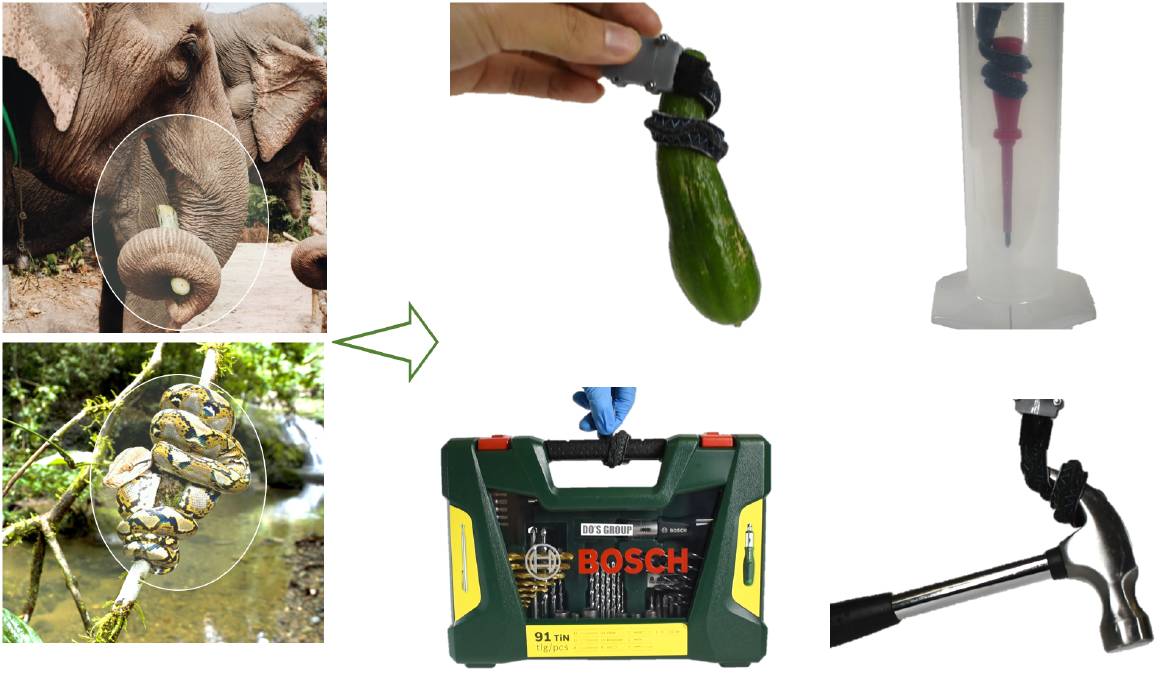 GRIPPING: The design within nature has inspired UNSW researchers to explore a "robotic snake" gripper to lift objects.

It's eerie to watch but it may just present a fix to robotic fruit picking.

A ROBOTIC elephant's trunk may be the perfect device to help automated fruit picking.

The soft fabric robotic gripper behaves like an elephant's trunk to grasp, pick up and release objects without breaking them.

The researchers say the versatile technology could be widely applied in sectors where fragile objects are handled, such as agriculture, food and the scientific and resource exploration industries - even for human rescue operations or personal assistive devices.

Scientia lecturer and UNSW Medical Robotics Lab director, Dr Thanh Nho Do, said the gripper could be commercially available in the next 12 to 16 months, if his team secured an industry partner.

"Our new soft fabric gripper is thin, flat, lightweight and can grip and retrieve various objects - even from confined hollow spaces - for example, a pen inside a tube," Dr Do said.

"This device also has an enhanced real-time force sensor which is 15 times more sensitive than conventional designs and detects the grip strength required to prevent damage to objects it's handling.

"There is also a thermally-activated mechanism that can change the gripper body from flexible to stiff and vice versa, enabling it to grasp and hold objects of various shapes and weights - up to 220 times heavier than the gripper's mass."

Dr Do said the researchers found inspiration in nature when designing their soft fabric gripper.

"Animals such as an elephant, python or octopus use the soft, continuum structures of their bodies to coil their grip around objects while increasing contact and stability - it's easy for them to explore, grasp and manipulate objects," he said.

"These animals can do this because of a combination of highly sensitive organs, sense of touch and the strength of thousands of muscles without rigid bone - for example, an elephant's trunk has up to 40,000 muscles."

"So, we wanted to mimic these gripping capabilities - holding and manipulating objects are essential motor skills for many robots."

Dr Do said the researchers' new soft gripper was an improvement on existing designs which had disadvantages that limited their application.

"Many soft grippers are based on claws or human hand-like structures with multiple inward-bending fingers, but this makes them unsuitable to grip objects that are oddly shaped, heavy or bulky, or objects smaller or larger than the gripper's opening," he said.

"Many existing soft grippers also lack sensory feedback and adjustable stiffness capabilities, which means you can't use them with fragile objects or in confined environments. 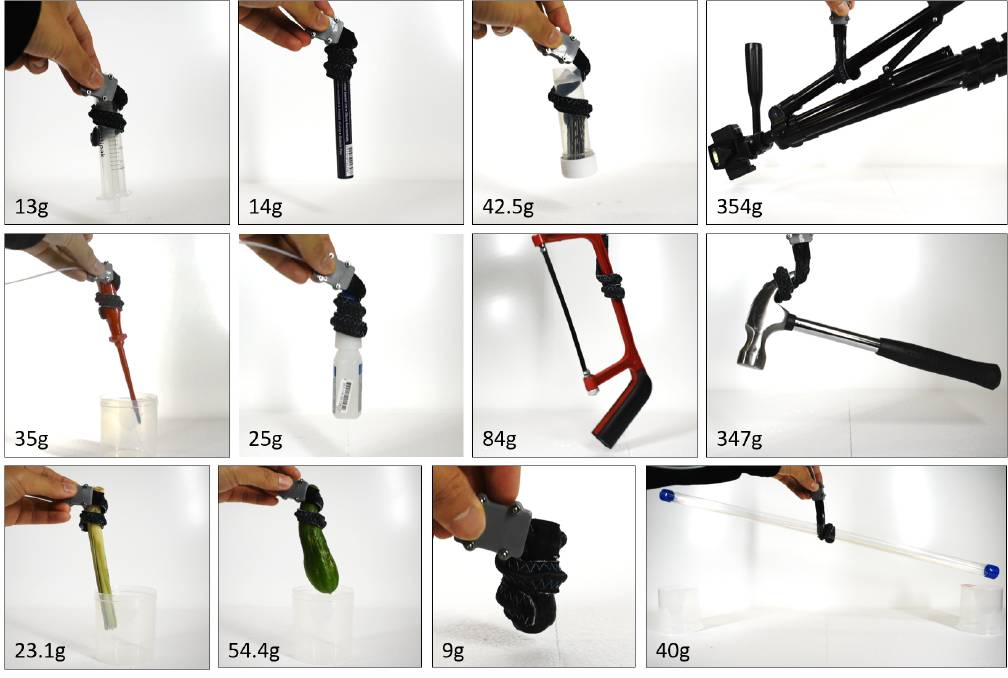 VARIETY: The gripper has been tested on a variety of objects both hard and soft, of various weights.

"Our technology can grip long, slender objects and retrieve them from confined, narrow spaces, as well as hook through holes in objects to pick them up - for example, a mug handle."

Lead author Trung Thien Hoang said the researchers' fabrication method was also simple and scalable, which allowed the gripper to be easily produced at different sizes and volumes - for example, a one-metre long gripper could handle objects at least 300 millimetres in diameter.

During testing, a gripper prototype weighing 8.2 grams could lift an object of 1.8 kilograms - more than 220 times the gripper's mass - while a prototype 13 centimetres long could wrap around an object with a diameter of 30 mm.

"The gripper's flat continuum also gives it superior contact with surfaces as it wraps around an object, while increasing the holding force," he said.

"What's more, the total heating and cooling cycle for the gripper to change structure from flexible to rigid takes less than half a minute, which is among the fastest reported so far."

The story Trunk "gripper" could be used to pick fruit first appeared on Good Fruit & Vegetables.