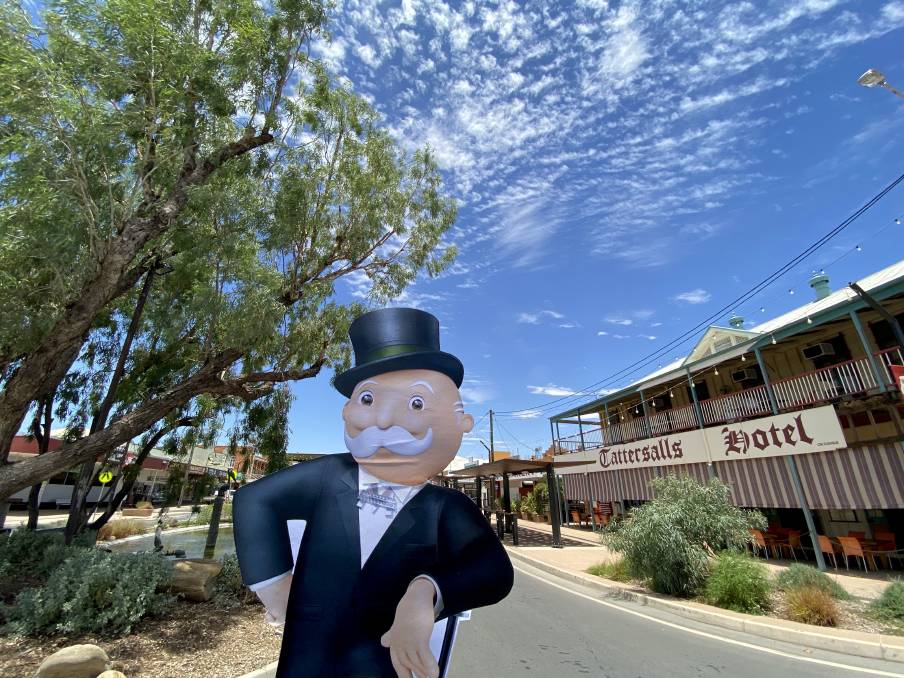 The Monolopy man pictured at the Tattersalls Hotel, Winton.

The town of Winton has passed go to collect its spot on a souvenir edition Monopoly board.

THE town of Winton has passed go to collect its spot on a souvenir edition Monopoly board.

The home of Waltzing Matilda is once again being put on the map with the town one of 22 locations across the nation featuring on the custom Australian Community Relief Monolopy game.

The edition is being released this week to raise funds following the impacts of various disasters including bushfires, floods and COVID-19.

Three Queensland towns are included in the game with Bundaberg and Noosa joining Winton on the board.

Winton is worth $160 on the board - $20 more than the other Queensland towns.

Winton Shire Council Mayor Gavin Baskett said it was fantastic that the outback town had been included in the game.

"Monopoly is a game everyone loves to play, it's in household kitchen tables all over Australia and to see Winton there is fantastic," Cr Baskett said.

"The Tattersalls Hotel is the best in town and has one of the best steaks and coldest beer in Australia.

"It is all a part of growing tourism and promoting Winton."

However, Cr Baskett did query the cheap asking price for Winton and its position on the board.

"I think we've been sold a bit short there, it is great to be on the board but they could have put us around near Mayfair and Park Lane, we're the pinnacle of the outback.

"Beauty is in the eye of the beholder and we love Winton and reckon it should have been worth the most on the board, but perhaps the people making the decision haven't been to Winton.

"But we are ahead of Bundy and Noosa, they are also great places with a lot to offer, but you won't find dinosaurs, Waltzing Matilda or opals in those places, or the darkest skies in Australia." 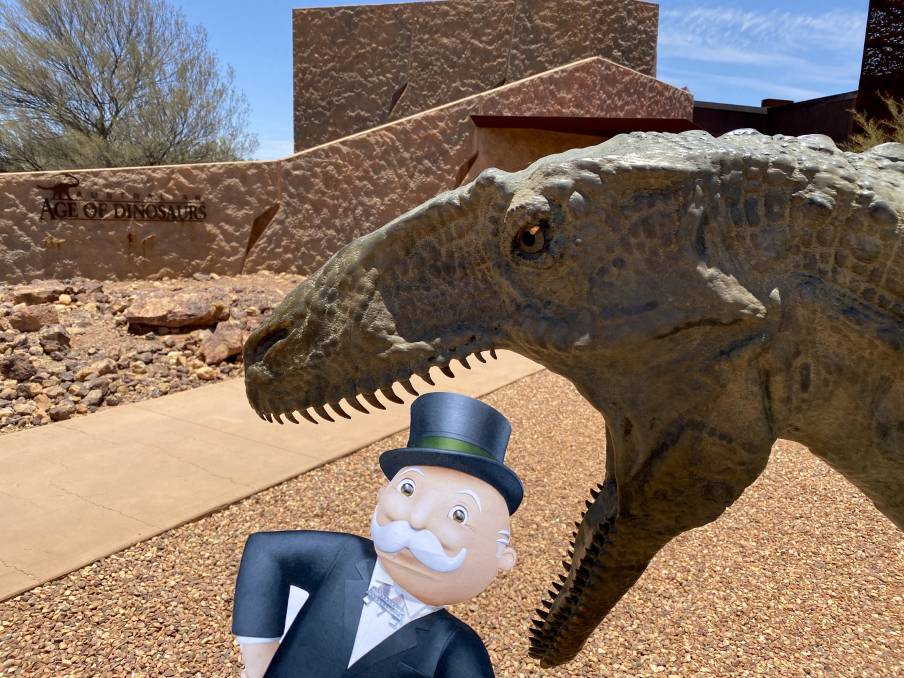 Winning Moves Australia, the makers of custom Monolopy boards licensed from Hasbro, representative Charlotte Waalkens said as well as showcasing some of the regions severely impacted in 2020, the game has also been created to highlight the community spirit and strength of these stunning locations.

"We wanted to provide Australians with something positive in the challenging year that is 2020, and highlight how incredible our own backyard is, whilst also supporting Australians in need," Ms Waalkens said.

"The communities chosen have all gone through a tough time for one reason or another as everyone has in 2020 and we thought they deserved something special to remind everyone how incredible they are, and help inject some positive spirit.

"Choosing which locations to put on the board was unbelievably difficult, as there are so many phenomenal places to choose from in Australia, and we wanted to showcase places above and beyond the usual cities or hotspots.

"We feel that the Australian Community Relief Monopoly board and puzzle capture the heart of Australia and shine a positive light on regions that otherwise may not normally receive such exposure. We hope it will also bring a bit of much needed joy to Australian families over the holidays. "

A total of $5 from each board game sold and $2 from each Monolopy puzzle will be donated to the Australian Red Cross.