A global pandemic will not stand in the way of the Burrumbuttock Hay Runners. 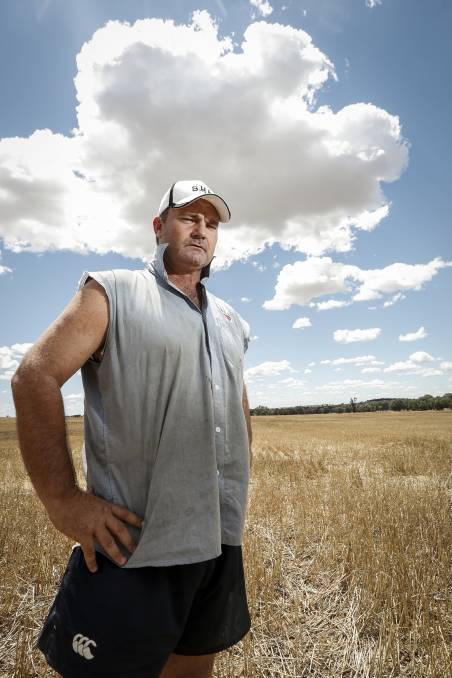 IT'S ON: Brendan Farrell agonised over whether to go ahead with a 2021 hay run.

A global pandemic will not stand in the way of the Burrumbuttock Hay Runners with chief Brendan Farrell announcing the big rigs will head to Winton, Queensland at the start of 2021.

In fact Mr Farrell is hoping more than 300 prime movers and 500 trailers will make the trek carting bales of hope to the outback for the traditional Australia Day run.

"It's a big ask but it's one weekend a year ... one," he said when asking truck drivers to volunteer.

"If your heart's in the right place, you'll come on the run."

Mr Farrell, who is in the throes of a very busy harvest, said the constraints of the coronavirus crisis, border closures, trucks and hay had him agonising over whether to go ahead with a hay run.

"(But) at the end of the day, there are still a lot of areas in NSW and Queensland that are in major drought ... we don't seem to realise that," he said.

Mr Farrell said Winton and surrounding areas "have been doing it tough for a fair while".

He later posted stark images of bare landscapes to make the point the rain, which has seen many regions enjoy their best season in decades, hadn't made it to Winton.

If the numbers go his way he'd like to take 100 trucks of hay to Boulia to thank a special fella called "Jack" who has previously fundraised for the runners.

Mr Farrell conceded they'd raised "bugger all money" in 2020 thanks to COVID-19.

The story On the road again: Hay run will head to Winton first appeared on The Border Mail.