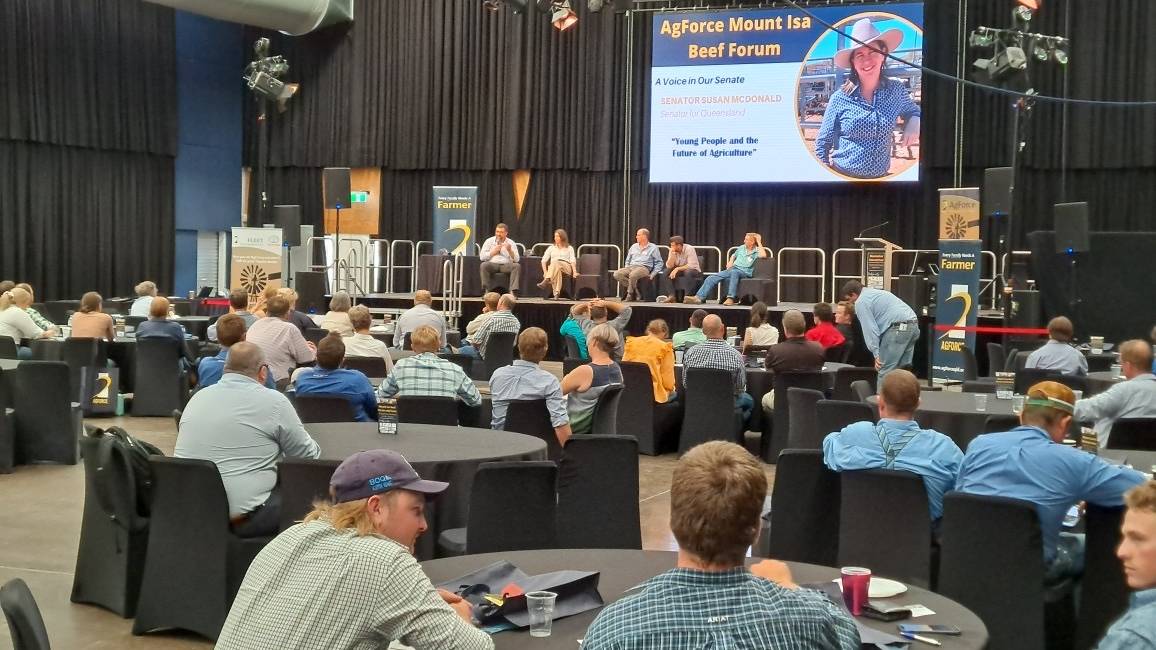 The development of cropping in north Queensland will help grow the all-important cattle export industry.

The development of cropping in north Queensland will help grow the all-important cattle export industry.

THE further growth of live cattle exports through the development of cropping was the focus of AgForce's hugely successful Beef Forum in Mount Isa.

Sponsored by MLA and the Port of Townsville, the forum was notable for the number of young producers in the 160 strong crowd.

Home grown Senator Susan McDonald underscored the importance and value of the live export industry to northern Australia and the important role cropping would play in the further development of the industry.

Senators McDonald and Matt Canavan and AgForce Cattle president Will Wilson played key roles in a six month deferral of new export livestock loading regulations, which are expected to add $40-$60/head to the cost of shipping cattle.

"COVID has not made it easy, but more engagement at the industry to industry level is needed," Mr Pankhurst said.

"Obviously our exporters are talking to their customers every day, but cattle are very scarce. Our customers are not making any money."

At present 450kg-plus cattle suitable for Vietnam are making about 380-390c/kg liveweight ex-Townsville. However, that market would prefer 500kg-plus animals, as cattle are usually only fed for 10 to 30 days before slaughter.

McCullough Roberton lawyer Trent Thorne also advised an announcement on the class action following the 2011 ban on live exports to Indonesia was expected in mid-December.

In the lead up to the Mount Isa forum, live export round table meetings were also attended by Greg Pankhurst and Peter Watkins in Greenvale, Georgetown and Normanton.

MORE READING: 'Bridging the gap between producers and consumers'.