The sale broke CQLX's price per kilogram record, which had only just been the week prior when Droughtmaster steers peaked at 556.2c.

The sale-topping pen of No.0 steers was drawn from Thirsty Creek, Gogango, and had an average weight of 202kg to give vendor a return of $1155/head.

"The vendors were really happy with the sale and the weaners will do a good job," Mr Wendt said.

"We're in a good environment at the moment and the lighter end of the cattle are selling very well, so is the heavy end too, but they just seem to be exceeding all expectations.

"They were just good quality lightweight steers, it's a supply and demand thing and the supply is down and the demand is high."

With only four prime and store sales left at CQLX in 2020, Mr Wendt predicted the selling season would finish off on a good note.

"I think in these next few sales we could see more producers making the most of this good money before Christmas," Mr Wendt said.

"We'll see it until the end of the year and even into the start of next year, I really can't see much change in it to be honest.

"Rain permitting, I believe the market will stay strong." 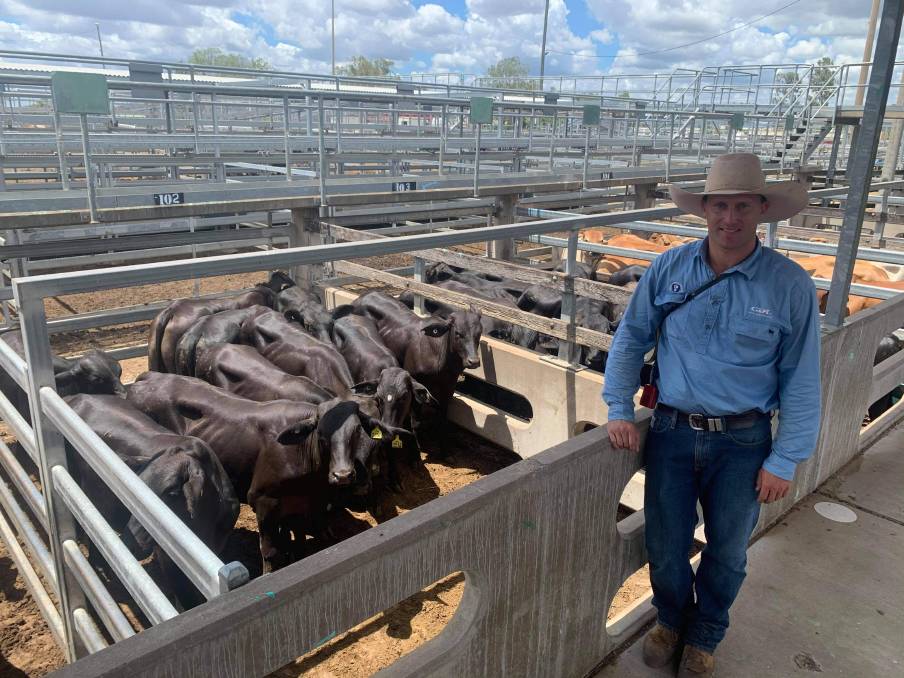 More than 2688 head were penned at the sale with more than half of the yarding being steers.

Most cattle were drawn from the local CQLX catchment region, with some coming from further north at Mackay, Clermont and Bloomsbury.

Peter and Lyn Brady, Mount Larcom, reached 396c for their draft of Brahman steers, which weighed 435kg to return $1727.

K Modrzynski, Canoona, peaked at 530c for their offering of 144kg Brahman-cross cattle that returned $763.

The cow price was solid and Corones Family Trust had a good result for its 544kg Droughtmaster offering, reaching 303c to make $1651.