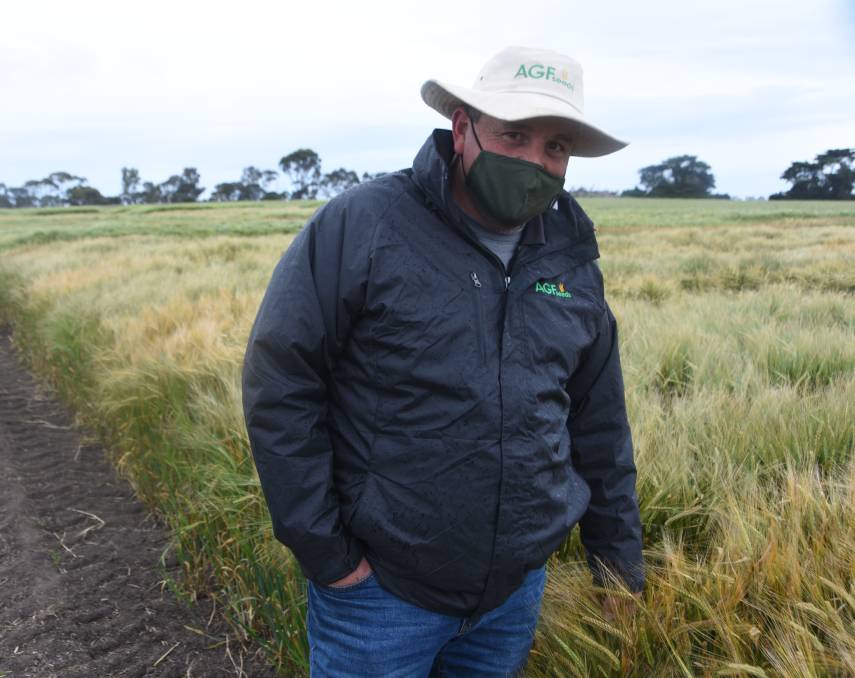 Fungicides can play a critical role in controlling fungal disease, but ultimately varieties with better resistance are required.

"There are really only three main modes of action available, the triazoles, the SDHIs (succinate dehydrogenase inhibitors) and the strobilurins, while there are other products just released or in the pipeline that is where it stands at present," Mr Poole said.

"You only have a limited number of 'shots' in your arsenal fungicide-wise so to get varieties better able to stand up to disease is critical," he said.

He said the goal with fungal disease management was to keep the top four leaves, but particularly the flag leaf, green for as long as possible.

"The best possible scenario would be to have varieties that have enough genetic resistance to get the plant to the flag leaf stage without significant damage and then a fungicide could be applied to protect all the important leaves that drive yield, if the season favoured application."

He said if foliar fungicides were required they needed to be applied in the growth stage 30-39 period covering stem elongation which coincides with the emergence of the top four leaves in the crop canopy.

Application in this period will maximise green leaf retention in these important top four leaves, provided there is sufficient soil moisture.

When foliar fungicides are applied before flag leaf, Mr Poole said there was the possibility in susceptible varieties that another spray would be needed at flag leaf emergence (GS39) to protect the leaves that emerged after the first spray.

The need for the second spray was frequently down to cultivar susceptibility and the level of rainfall following the first spray.

He said Septoria has been the major concern in recent years, but said that a new pathotype of stripe rust meant popular HRZ varieties, such as DS Bennett and Trojan were now more susceptible to the disease.

Mr Poole said the current stripe rust situation was reminiscent of 2003-05 when resistance in H45 broke down in southern NSW meaning growers were more dependent on foliar sprays.

This year, croppers with much higher yield potential than normal are in the strange position, for mainland Australia, of considering a third fungicide application for their susceptible cereal crops.

Mr Poole said while unusual, the high yield potential meant it could be worthwhile, not only to "top up" the protection of the leaves but to protect the head which can only be protected from head diseases if the spray goes out before the disease is visible.