Auctioneer Paul Dooley in action during the sale on Friday. Photo: Lucy Grills

Buyers had to be turned away such was the demand at the Holbrook sale.

The Lambpro prime lamb brand cemented itself in the seedstock record books last week as the highest grossing single vendor beef or sheep studstock sale in the country.

In a year when the supply of sires has struggled to keep up with buyer demand, Holbrook's Tom Bull and his team didn't struggle to clear just over 1200 ram lambs across two days for an overall average of $3295 and gross of $3.977 million.

On Thursday 304 of 327 terminal and Lambpro Tradie rams sold to average $1459 before auctioneer Paul Dooley and Elders agent Ross Milne raced through 903 Primeline Maternal rams in four hours on Friday to average $3913 and top at $15,000 to Buckley Farms, Mt Gambier, South Australia.

Sometimes it took them just 40 to 50 seconds to sell individual lots.

Mr Milne said it was an incredible sale to be involved in. "It's a good loyal and dedicated clientele and many have been involved with the Lambpro brand for a long time and see full value in it," he said.

"A lot of work goes into it; a lot of research in the genetics, a strong client service and it's a very good product that certainly stands up in the commercial world and performs."

It was their biggest catalogue yet with more than 40,000 data entries and the selection day totally booked out. Average prices were up by $400/hd in some categories as buyers raced to get their hands on the composite maternal lamb genetics.

Two decades on since developing his Primeline Maternal breed, Mr Bull never thought it would be possible to hit the heights of this year.

"Those rams are only four to five months old and most of them, like the Primeline, is a composite, so I think it's more a reflection of where the industry is at," he said.

"People are buying on data and trying to buy performance, not just big overfed rams. I think it shows the Primeline Maternal breed itself really coming to the fore.

"There is a fair bit of momentum there not only for the rams but ewes as well."

Buyer registrations are capped before the sale to ensure their orders are met. 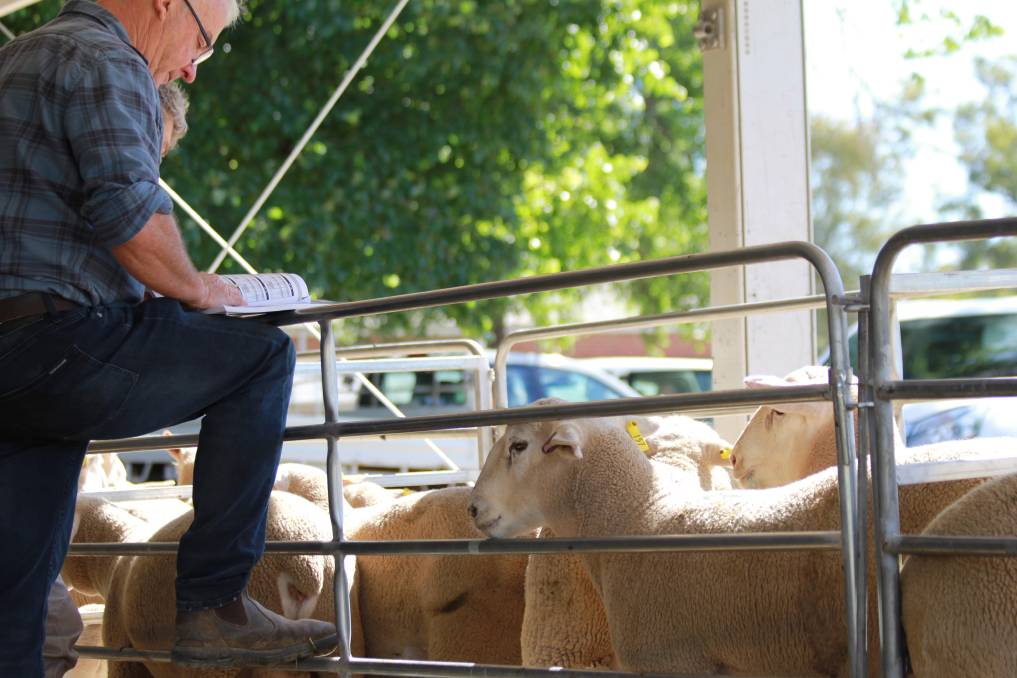 "What it does, it gives us a lot of confidence," he said.

"I knew the top would go well but I didn't expect the middle to stay up so high and operate at $4000 all day long.

"It was so far above where I thought it would be.

"We thought we would put a fair few more on and try...we did knock back a number of new clients. We couldn't afford to have too many people."

Victoria's Damian Merrett of Glendonald Pastoral Trust secured 31 rams having seen their performance in his flock of 8000 ewes.

Their June lamb marking had risen from 135 per cent to 150 per cent, carcase yields were up to 51 per cent and lambs were dressing 26 to 29 kilograms at five months.

His excess ewe lambs were being sold as breeders with 1468 head averaging $323/hd just a few weeks ago. 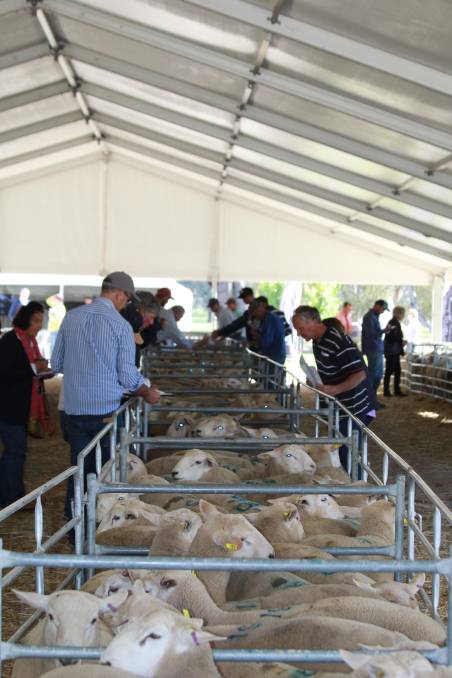 "That's why we are going into it full steam, just with the added profit," he said.

"It (the sale) was fast paced and really red hot but I think it just proves that repeat buyers are coming back and the sheep are doing the job for everyone," he said.

"There are new people coming in to the system too and people are prepared to pay a bit more money to get the rams for their breeding program especially with the figures they have."

Sponsored by
Small and middle sized growers facing uncertainty ahead of citrus harvest
Test
Australia's biggest property owner Gina Rinehart is selling almost two million hectares of her holdings in a breath-taking move to dispose of many of her stations across northern Australia.
Test
Good competition brought great results across the yard for quality cattle at Emerald.
Test
Toyota's HiLux ute retained its top spot for new vehicles sales in February.
Test
There were 4269 cattle offered at Gracemere on Wednesday.
Test
There was a yarding of 1140 at Blackall on Thursday.
Test
The city of Townsville has received the good news that it has been selected as the preferred location for a new storage and maintenance facility to support the Singapore Armed Forces' training in Australia.
Test
Farmers impacted by Cyclone Niran can apply for financial assistance.
Test