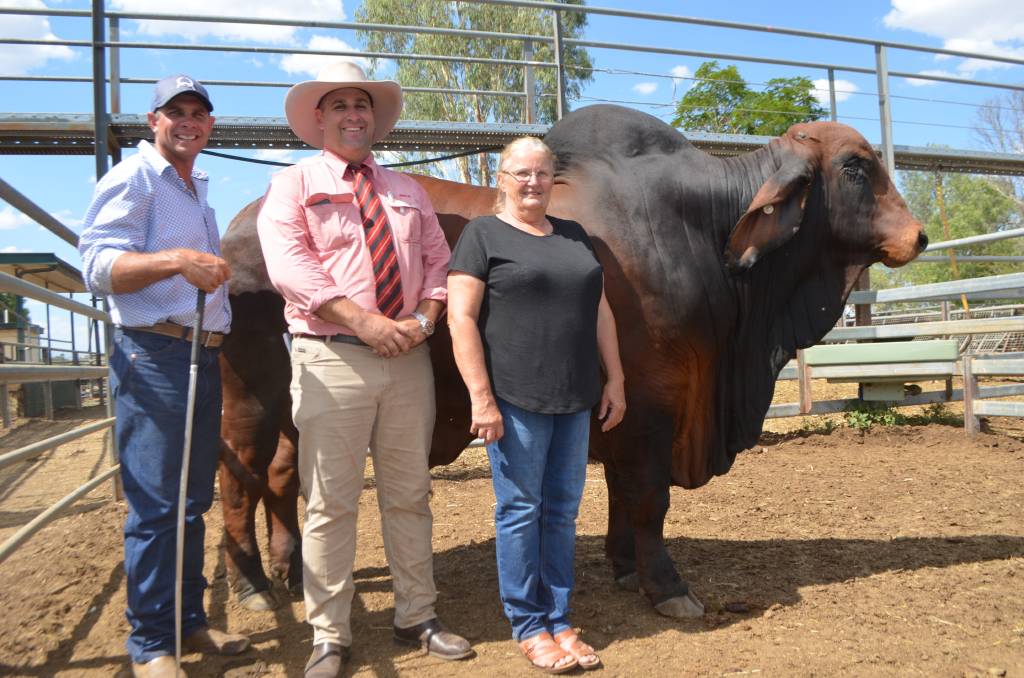 Records tumbled at the Gold City Brahman sale today, with the previous sale top price eclipsed not once, but three times.

RECORDS tumbled at the Gold City Brahman sale today, with the previous sale top price eclipsed not once, but three times.

Quality genetics were in fierce demand at the Dalrymple Saleyards, as 48 vendors presented 190 quality red and grey sires.

It was the Rule family of Marlborough who first beat the previous sale record of $27,000 set in 2018, nudging slightly ahead when the hammer dropped on Cleethorpes Flynn (PS) at $28,000.

The red sire entered the ring weighing 912kg, had a scrotal measurement of 41cm, eye muscle area of 142 square centimetres and P8 and rib fat of 12mm and 8mm respectively. 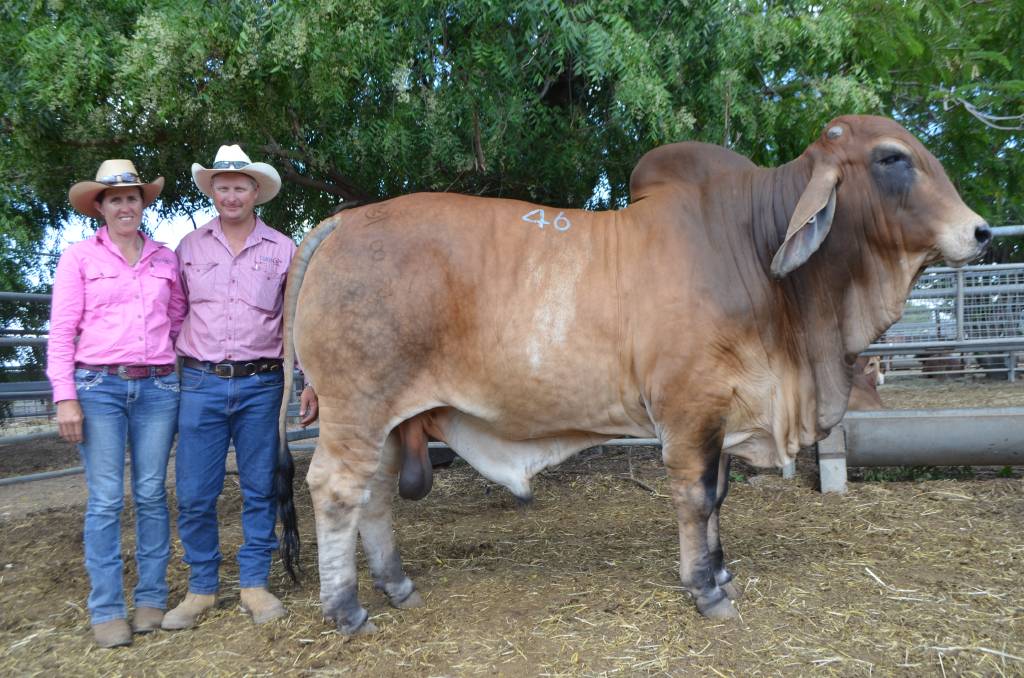 It was the herd bulls which attracted the top money when the greys entered the ring. 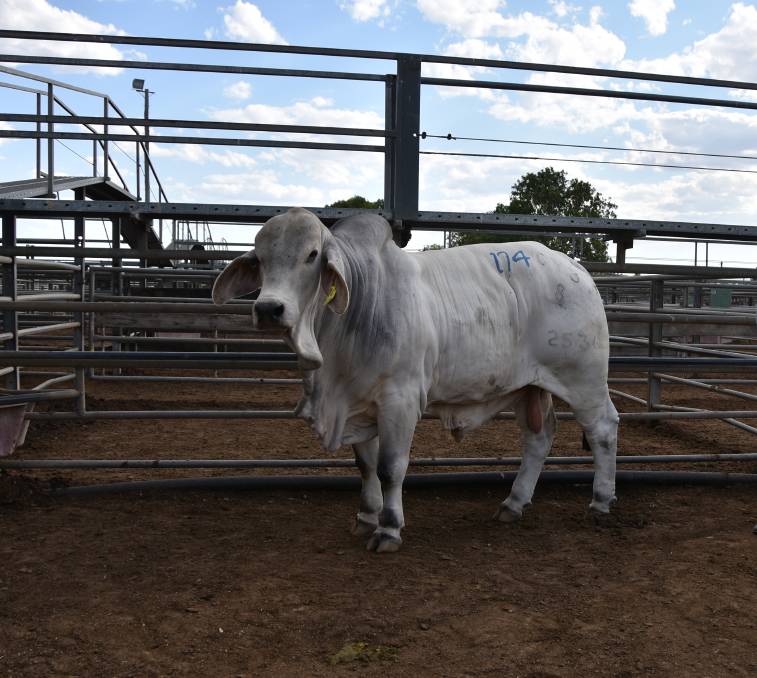 Bill and Kay Geddes, Doonside Stud, Rockhampton, presented Doonside 2536 (PP), a 33-month-old son of Glengarry Drummond 1148, which sold for $30,000, the highest price achieved for a grey at the sale and the third bull of the day to eclipse the previous sale top.

Troy Smith, Greengrass Developments, Charters Towers made the winning bid for the sire, which entered the ring weighing 860kg, had a scrotal circumference of 36cm, EMA of 138sq cm, and P8 and rib fat of 10mm and 7mm respectively. 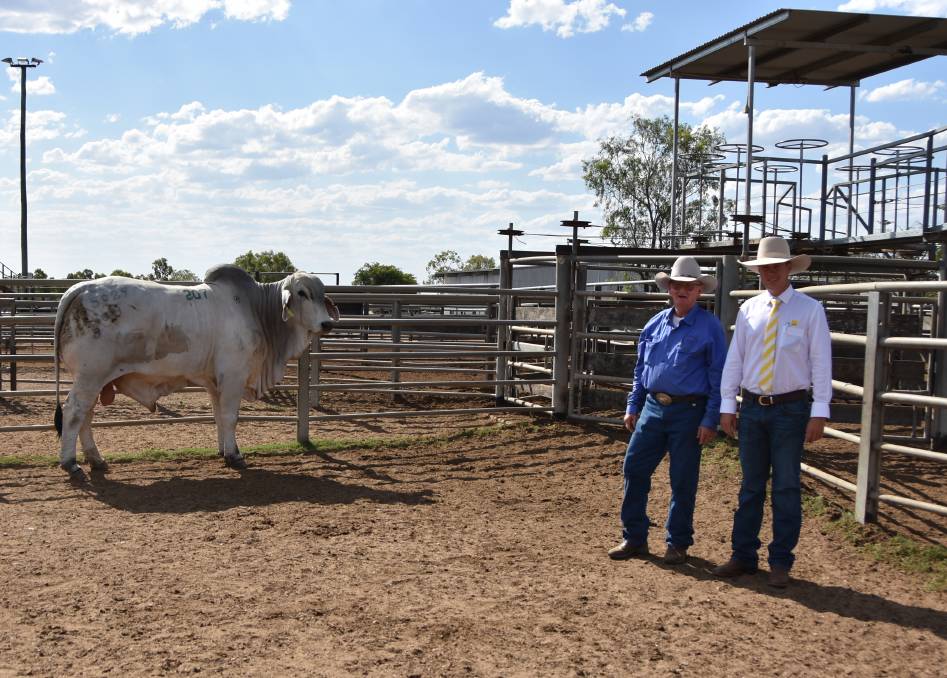