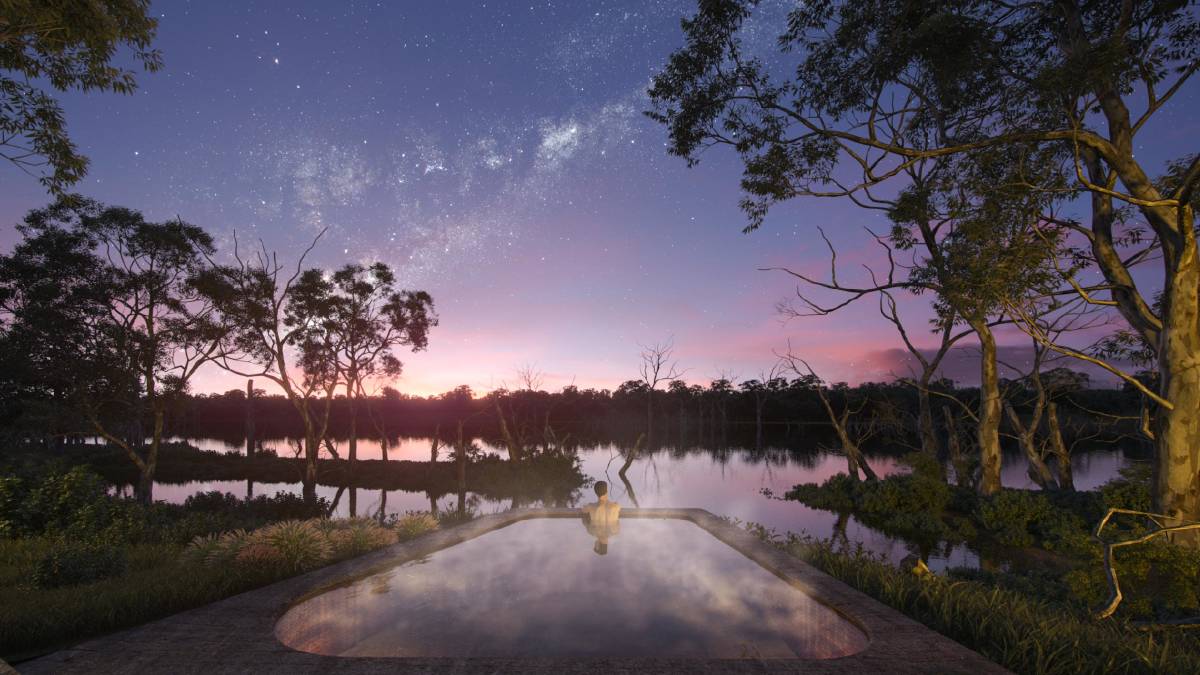 One of the concept drawings for the Cunnamulla Hot Springs and Riverwalk project on the Warrego River.

Artesian water, which has been sustaining western Queensland for over 100 years, will be used to lure more tourists to south west parts of the state.

Western Queensland will have the cleanest, most healthy tourists around once three proposed hot springs and spa bath plans come to fruition.

Steam could be rising from hot baths, hot springs and spa gazing projects at Thargomindah, Cunnamulla and Dirranbandi, helping create a trail of therapeutic and tourism wellbeing throughout the south west.

Moree and Lightning Ridge in NSW have a long-established name for their hot pools and bore baths while the artesian baths at Charlotte Plains homestay east of Cunnamulla featured on reality TV show Farmer Wants a Wife recently when local Alex Taylor shared a tub with one of his prospective partners.

Eulo is home to a group of ancient hot springs bubbling up from the ground, and the tiny town hosts a mud bath experience.

Balonne Shire Mayor Samantha O'Toole said it made sense to capitalise on naturally occurring artesian water, and the three projects would fit right in to the traditional tourism market. 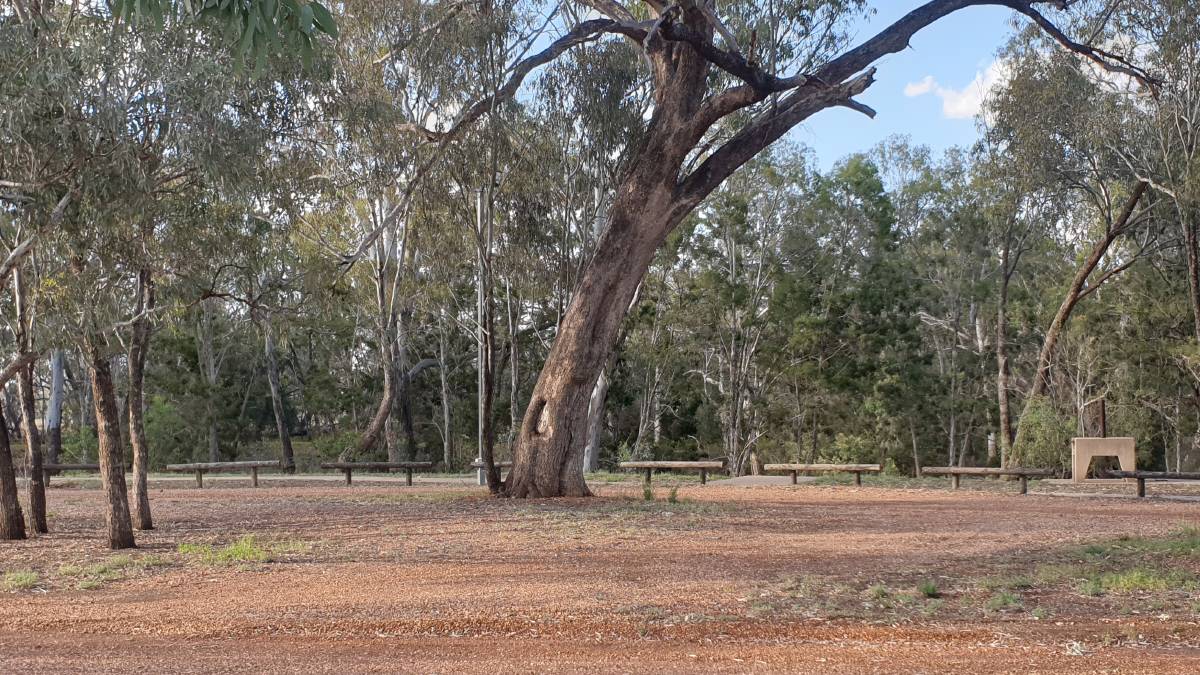 Council land is the preferred site for Dirranbandi's Dip.

The Dirranbandi Dip is the quirky name planned for the project in that shire, taking advantage of the town's history of being built on the sheep's back.

"We wanted to pay homage to that," she said. "We're thinking of a sauna and cold dip as well as the hot baths."

The idea began when the Murray-Darling Action Group formed by local residents began looking for ways to offset the harsh impact of water buybacks on their economy.

Being funded with money from the federal government's Murray-Darling Basin Economic Development Program, the council last week announced that it had identified a preferred location in council-owned Jack Dwyer Memorial Park for the project.

That will be subject to signing off on a business case prior to any works beginning.

Cr O'Toole said the council had hoped a site would be found on private land but that now seemed less likely, given that pure bore water gave the project more authenticity, and putting it too far away from the source would involve piping and treatment costs.

"It's always been our hope that the facility would be operated privately," she said. "There are serious restrictions on how councils can do things, and a private operator can integrate it with other tourism experiences or value-add to an existing business."

As the result of an expressions of interest process, the council is working with someone from the community and Cr O'Toole said they would likely look at a long-term lease arrangement once the Dip was built.

Spa Guru founder Kirien Withers has been appointed as the project consultant for conceptual design and theme, site selection and project costings.

They hope to call tenders in early 2021. 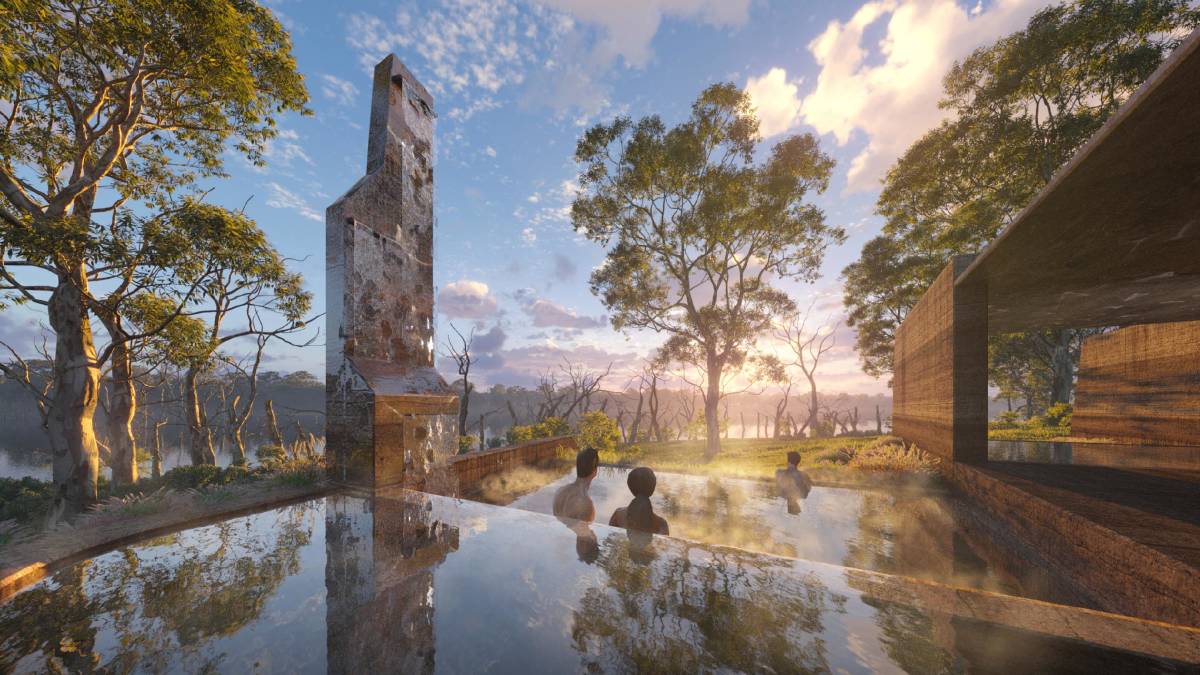 Another concept design for Cunnamulla's hot spring and riverwalk project.

The Warrego River is the backdrop for plans by the Paroo Shire Council for a hot springs and riverwalk project that could incorporate massage rooms, a light pool and sun terrace.

That project is also making use of Murray-Darling Basin Economic Development Program grant funds to offset the effects of water buybacks and is at the stage of receiving community feedback on design concepts drawn up by Cox Architecture.

Mayor Suzette Beresford said around 70 people had contributed to public meetings, raising points about hydrology that the architects would now work with.

"Our research shows these are very popular worldwide," she said. "We're aiming to attract a lot more visitors to the area."

One of the earliest artesian bores drilled in Queensland was at Noorama Station south east of Cunnamulla in 1887.

Man bathing in the water from an artesian bore in the Cunnamulla District, Queensland, ca. 1894. Picture: State Library of Queensland

Among those consulted about the viability of the therapeutic bathing tourism market were the operators of the Peninsular Hot Springs on Victoria's Mornington Peninsular.

Cr Beresford said they'd been advised there was a huge appetite for them, and they were keen to incorporate their Warrego River frontage and natural environment aspects.

She said the planned facility, which they hoped would be complete by June 2022, was different to the existing artesian attractions at aquatic centres in Mitchell and Blackall. 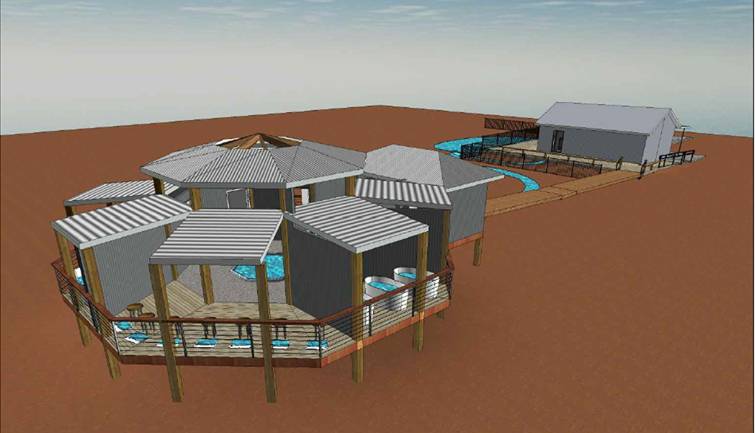 Further west, the Bulloo Shire Council has released concept plans for a proposed Spa Gazing facility that incorporates single and group baths as well as foot baths, in private compartments.

It has similarities with the bath houses installed at Julia Creek in 2018, which have been very popular.

The story Councils dipping their toes in first appeared on Queensland Country Life.