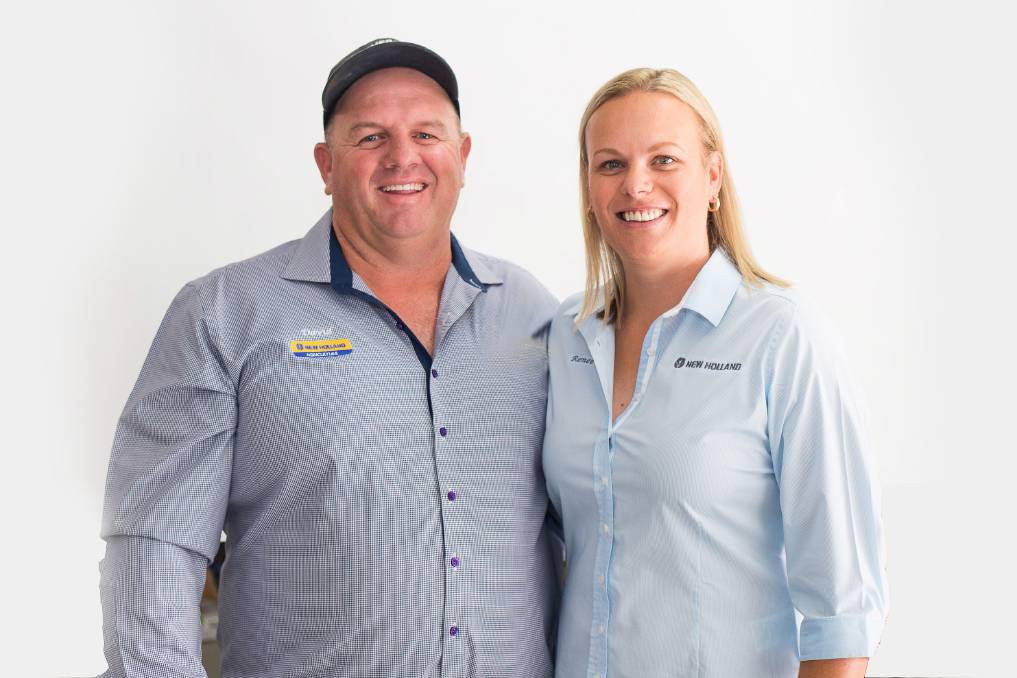 If you talk to most farmers, they will tell you there is one word that strikes fear into them more than any other - and that is drought.

If you talk to most farmers, they will tell you there is one word that strikes fear into them more than any other - and that is drought.

It is a tough time. It requires them to re-think their business model, potentially diversify operations and come together to collectively get through it.

After purchasing McPherson Parts and Service from his father Barry and one of his business partners in 2014, the young entrepreneur set about diversifying the family's operation so it would be better protected next time drought struck.

McPherson Parts and Service was mostly involved in broadacre farming and, therefore, at the mercy of the weather gods. When the season was good, the business was flush and when it was bad, it suffered.

Six years later, Mr Thompson now oversees a conglomerate that includes six different small agricultural businesses - the combined resources of which helped protect the jobs of more than 80 people during the latest dry spell in NSW.

"We have come through one of the hardest droughts on record, and if we'd just had a broadacre dealership, it would have been very hard to stay open," he said.

"To be honest, I think it would have been difficult for any of our individual businesses to survive on their own.

"But because we now have branches in towns surrounded by properties with irrigation and - in a drought - farmers need hay, expanding has paid-off for us.

"It allowed us to be there not just for our employees and their families, but also for our customers. We could support them during a time when they really needed it."

Mr Thompson and his wife Renee first had the idea for expansion long before they had the means to make it a reality.

Not long after they purchased McPherson Parts and Service, the couple started looking around for other businesses to invest in.

About the same time, Mr Thompson - who had worked for the McPhersons since 1996 and had a long-standing relationship with New Holland - mentioned to some of the company's team he wanted to diversify.

As luck would have it - about the same time - another entrepreneur, Adam Kaplan, also spoke to some of their team about potential investment opportunities.

Mr Kaplan owned several automotive dealerships in Sydney, but was keen to expand into the agricultural sector.

One of the staff members put him in touch with Mr Thompson and they were each impressed with the other.

The six branches now operate under one umbrella, but Mr Thompson said each was successful because they had actively managed to maintain autonomy and a focus on community roots. All retained their names.

"They are staffed by locals and - perhaps most importantly - the branches have continued to support the communities that support them. It is very important for us to remain locally-focused," he said.

Mr Thomson said all of the dealerships were long-standing and established when they were purchased and all staff were retained. None needed to re-apply for jobs.

He said there had also been opportunities for staff in each branch to develop and advance.

"For example, we had a sales manager who is now a branch manager," he said.

"As the business has grown and expanded in the past few years, we have employed extra staff and are recruiting now."

AEH works closely with careers advisers at local high schools in the towns where it operates to help provide employment and training opportunities to young people.

With the widespread adoption of GPS and other digital technologies in agricultural equipment, young and 'tech-savvy' employees will be essential in future.

He oversees all branch operations, but lets each run to optimum efficiency.

"Managers have their own style and each branch its own culture and way of doing things," he said.

"When things work well, there is no need to interfere. Our approach with AEH has allowed each business to become more efficient by pooling resources and drawing on each other's experiences and skills."

Mr Thompson said the branches had more opportunities to share inventory, were able to help each other out and provided value to customers.

He said customer service was everything to the business and the reason AEH central NSW was so successful.

"In 2020, Forbes Machinery Centre was named New Holland dealer of the year," he said.

Mr Kaplan has replicated the NSW business model and set up a second AEH operation in Tasmania. He plans to expand into other Australian states to provide farming solutions across regional and rural communities.