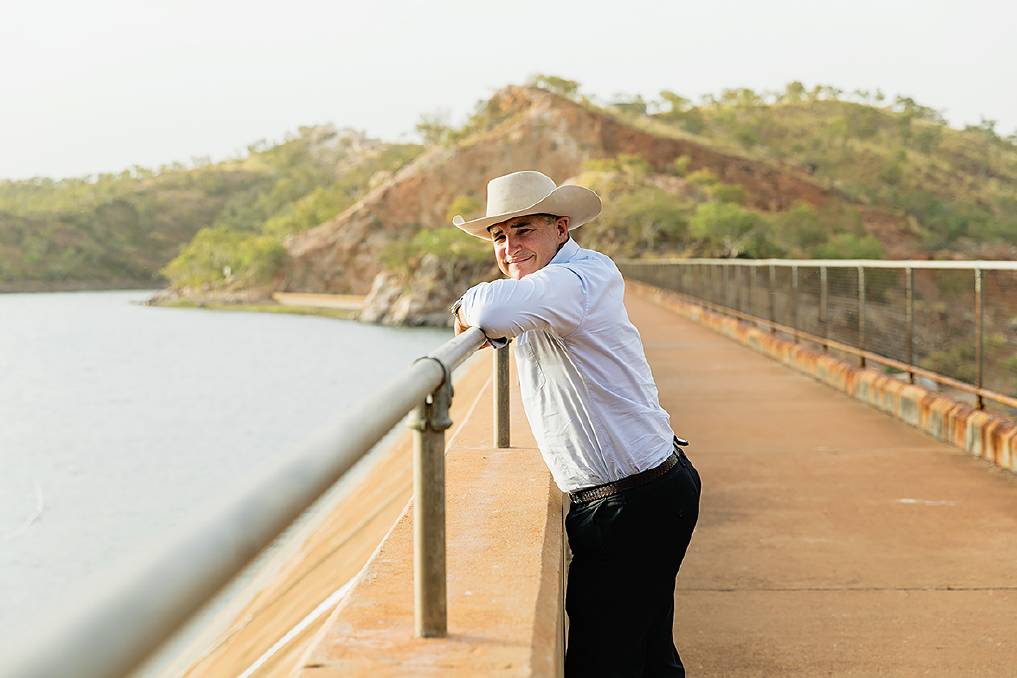 KAP Leader Robbie Katter said he was buoyed with the results of a ReachTEL poll showing Townsville residents were keen on a separate state.

A referendum on whether North Queensland should become a separate state will be held within six months of the next parliament forming if Katter's Australian Party Leader Robbie Katter gets his way.

A REFERENDUM on whether North Queensland should become a separate state will be held within six months of the next parliament forming if Katter's Australian Party Leader Robbie Katter gets his way.

The KAP, which is expected to have major sway as to who forms government following the October 31 state election, commissioned a poll on the contentious issue.

Mr Katter said the results of the ReachTEL poll conducted in Townsville showed North Queensland would become a state in its own right if a referendum was held today.

Of the 350 residents in the Mundingburra electorate canvassed, 36 per cent "strongly agreed" with the push for a North Queensland to secede from the state's south while 21 per cent "agreed".

Another 17 per cent were indifferent, while collectively 26 per cent "disagreed" or "strongly disagreed".

Mr Katter said he was buoyed by the results of the poll, conducted in late September, and said he would push for a referendum within six months of the next parliament on whether the North should take control of its future and officially separate from the south.

He said the referendum question would be posed to North Queenslanders only, with the boundary to be drawn strategically alongside the Tropic of Capricorn, north of Rockhampton.

Mr Katter said it was clear the only way North Queensland would get a fair go was to determine its own future and said the LNP and Labor were determined to prevent people from having a vote.

"They are constantly looking over their shoulders to butter up to Brisbane's inner suburbs regardless of the effect on regional Queensland," Mr Katter said.

In September, 2016 the LNP voted with Labor to oppose the KAP in a motion to establish of a separate state of North Queensland.

Again in March, 2018 the LNP and Labor even opposed a KAP proposal to conduct a $250,000 feasibility study into how much it would cost to divide Queensland into two separate states.

But Mr Katter said the major parties' blatant disregard of the proposal was now being drowned out by a growing tide of support from both Queenslanders and independent MPs.

NQ First Leader Jason Costigan last month backflipped on his previous dismissal of the plan and pledged his support for a North Queensland state.

In his policy document, Mr Costigan stated that should NQ First candidates be elected to parliament, they would actively advocate for a separate state of North Queensland and would vote in the affirmative on any motion that provides for the initiation of the process to create such a new state.

Mr Katter said finally holding referendum on the issue was the key first step in understanding what was the best future for North Queensland.

"We know that while there has been a push for North Queensland statehood since before federation, but the Queensland Government is controlled by Brisbane and therefore has always refused us this chance," he said.