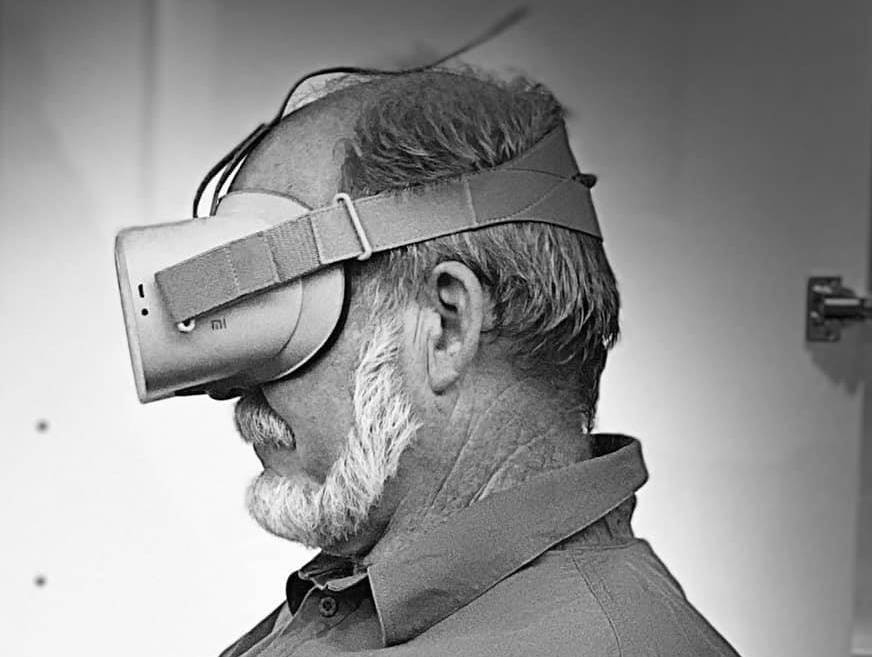 It's often said that necessity is the mother of invention so it should come as no surprise that one of Queensland's most isolated shires has been awarded the 2020 Butch Lenton Bush Council Innovation Award.

It's often said that necessity is the mother of invention so it should come as no surprise that one of Queensland's most isolated shires has been awarded the 2020 Butch Lenton Bush Council Innovation Award at the 124th Local Government Association of Queensland annual conference this week.

Residents of the Burke Shire in Queensland's Gulf Country are used to isolation but the four-month "nobody in, nobody out" policy instigated as part of its COVID-19 management strategy left it with the challenge of how to ensure essential staff training operations could continue.

While much of the globe was giving the verb, to zoom, a new meaning, Burke chose the out-of-the box response of virtual reality to deliver the necessary training.

The council partnered with VR specialist Next World Enterprises on the ambitious project, and their overwhelming success was celebrated by the state's local government sector at the LGAQ's gala award ceremony on the Gold Coast on Tuesday night.

"Our borders were completely closed and flights were suspended for four months, which triggered unprecedented challenges.

"We needed ongoing staff training, in particular, to ensure our workers were safe on the job, so we put our hand up to participate in a pilot virtual reality work, health and safety training solution with Brisbane start-up Next World Enterprises."

The company's solution provided VR training that reflected the reality of workplace situations.

Ms Keenan praised staff for embracing the technology with an open mind and willingness to learn, while Next World CEO and founder Michael O'Reilly paid tribute to what he described as Burke Shire's "ahead-of-the-game" thinking and early adoption of its new-age training.

"We couldn't be prouder of our partnership," he said.

"For decades, councils and businesses like Burke Shire have relied on the likes of eLearning and onsite training, which requires extensive travel, time, and funds to keep employees safe and educated.

"This partnership is a perfect example of how Next World allows workers to learn from anywhere, whether it be in their homes or way out in the middle of Queensland - it really is the future."

He said the implementation of Next World VR was critical for organisations wanting effective and affordable employee training. 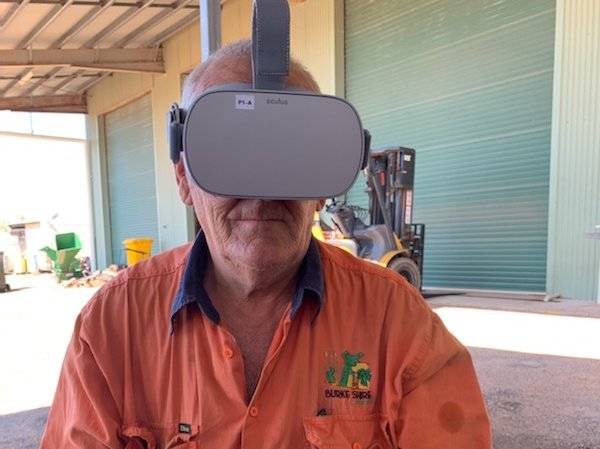 One of the Burke Shire Council employees using the VR headset.

That was a point raised by Burke Shire mayor Ernie Camp, who said they had identified a potential benefit that VR training could deliver to the Gulf Country's critical primary production sector.

"It is an exciting, innovative opportunity for our staff, driven by our staff," Cr Camp said.

"Our remote location, combined with the high cost of airfares in remote and regional areas of Queensland, makes access to face-to-face training challenging.

"Burke Shire is desirous to expand this way of learning beyond our workforce - to our communities, our region and across our state.

"By enabling simultaneous, interactive engagement with a wide audience, we increase the value to, and depth of knowledge of, the training program and participants."

Because Cr Camp was not able to accept the award in person, Winton mayor Gavin Baskett fittingly undertook the duty, given that the award is named after former Winton Shire Council mayor Graeme "Butch" Lenton.

Cr Camp said his council would consult with the community on how to best utilise the $10,000 prize money that accompanied the award, but suggested part could be spent on offering free VR training to residents.