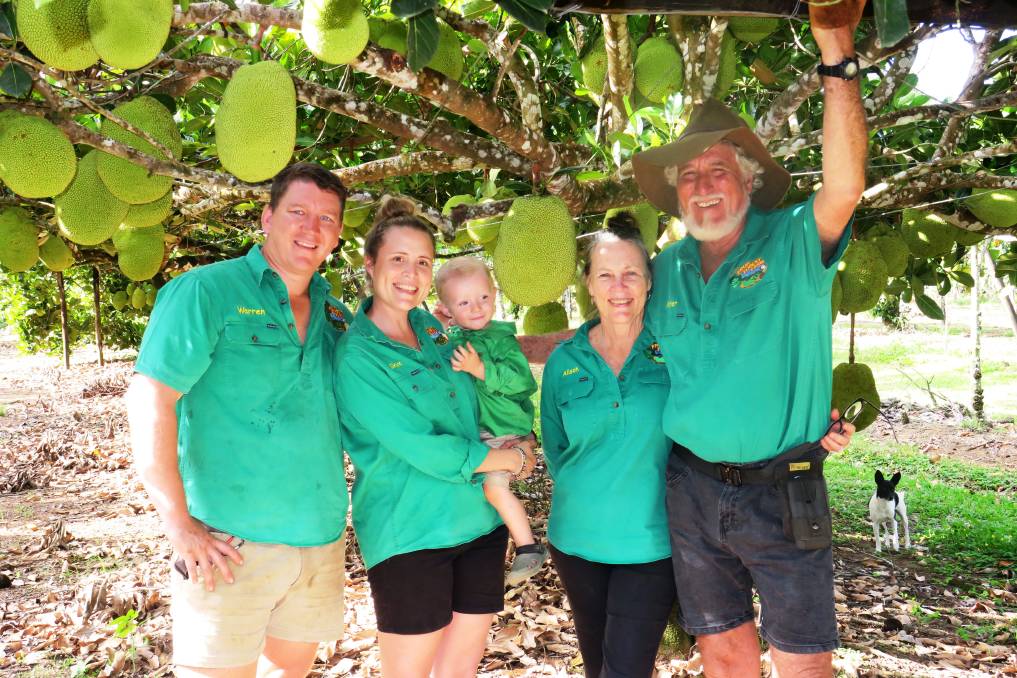 Growing exotic tropical fruits for niche markets has earned a North Queensland farming family a national award for their produce.

GROWING exotic tropical fruits for niche markets has earned a North Queensland farming family a national award for their produce.

Peter and Alison Salleras began farming their 90 hectare property at Feluga between Tully and Mission Beach in 1983 and made a business decision that would prove to be a winning formula.

Being in a high rainfall area, which is also prone to cyclones, Mr Salleras decided to go against the trend of growing Cavendish bananas, synonymous with the area.

Instead, he decided to diversify his crops and the highly successful Fruit Forest Farm was born.

"We grow a big variety of stuff, we have a lot of different fruit trees," Mr Salleras said.

"It decreases our risk if something doesn't flower or the market is wrong. Most of the year we are picking something.

"We try to grow things of high value, for a niche market, we didn't want to grow Cavendish bananas, but needed tropical fruits more suited to the high rainfall area of the Wet Tropics."

Mr Salleras and his family have a variety of fruit trees over 5.5 hectares and grow fruits more commonly seen in South East Asia.

"We have a lot of fruit in a small area and do it intensively."

Mr Salleras sent a selection of seasonal tropical fruit to be judged in the 2020 delicious Harvey Norman Produce Awards and took out the national trophy in the hotly contested From The Earth category, announced last week.

"It was a bit of a shock for a hill-billy mob out of North Queensland," Mr Salleras said.

"We pride ourselves on picking fruit at the right maturity, and sometimes we will pick every day in summer to ensure that right maturity.

"A lot go through and strip pick once, but you don't get that prime eating quality."

Their abiu, or cream caramel fruit, won them a state award earlier in the year and got them through to the national final, but they were out of season for the second round of judging so Mr Salleras instead sent a mixed box of fruit.

Delicious judge Neil Perry was full of praise for the tropical fruit, describing it as amazing.

"Tasting them, I can honestly say I was transported back to Thailand," Mr Perry said.

There's such sweetness and concentration of flavour that is rare with these fruits in Australia. - Neil Perry

And the Melbourne foodies where Mr Salleras sends most of his produce agree.

"Melbourne is a good market, there's a lot of foodies and they know their different fruits," Mr Salleras said.

"We have consistent, reliable quality which we pride ourselves on.

"People buy with the eye and come back for the taste.

"With our fruit, even before the next consignment gets there, they are asking where is the next lot, and they're willing to pay."