Destination: The Beauchamps sell Brangus steers, bullocks, and cull heifers into the live export market where they receive a premium for the right article.

While cane and bananas are a major focus of Dan and Sally Beauchamp's Bull Yard Holdings operations, Brahmans have held a special place in Mr Beauchamp's heart since he first encountered the breed as a 12-year-old boy living on his grandmother's property in Boulia.

While cane and bananas are a major focus of Dan and Sally Beauchamp's Bull Yard Holdings operations, Brahmans have held a special place in Mr Beauchamp's heart since he first encountered the breed as a 12-year-old boy living on his grandmother's property in Boulia.

The Beauchamps employ close to 75 people to work on their irrigated Banana plantation in Tully, and their cane operation in Ingham, though they live on more recently acquired country at Bluewater near Townsville.

"We run purebred Brahmans on improved country at Ingham and Tully. There are close to 60 young cattle at Tully and close to 200 cows and bulls on the Ingham block, where there are paddocks behind the cane fields with capacity for 400 to 500 head," Mr Beauchamp said.

Before they made the move to the coast in 2008 to be closer to their family, the Beauchamps had close to 600 purebred stud females on their property in Hughenden.

"When we shifted we bought our cows with us, but we noticed that there wasn't as much demand for sales of deckloads of paddock bulls so we switched our focus to selling the odd paddock bull and producing high quality steers and bullocks and replacement heifers," he said.

"The steers and bullocks, along with our cull heifers are sold into the live export market where we get a premium for the right article. We also find it's an easier market to shift cattle through quickly." 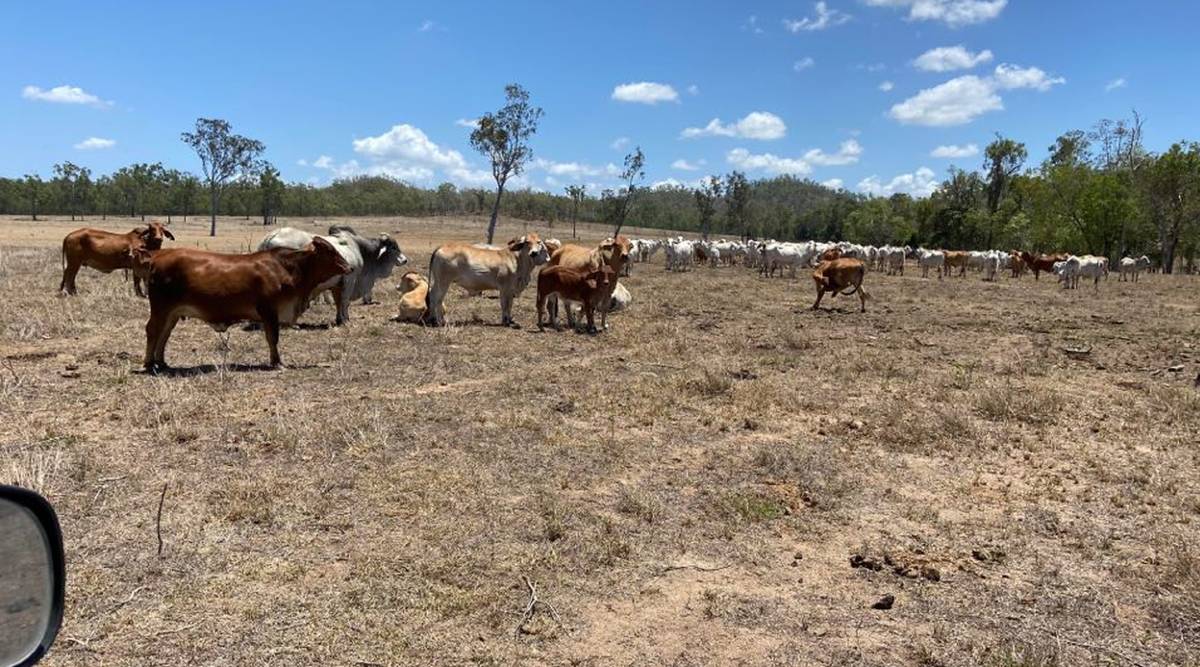 The Beauchamps focus on ensuring high fertility through their herd, which has helped them produce quality cows.

Mr Beauchamp said when he was growing up in Boulia he'd particularly liked the first Brahman he saw as it had a "spring in its step, and was a good doing bull".

"It wasn't long after we first started producing cattle that I fell in love with the breed all over again. They suit our country, they're very intelligent, and their ability to walk without fuss is a big plus as it makes them easy to work in large areas of country."

He said the bulls never really leave the paddock, though they mainly try to join them with the heifers from September to November.

"We do a lot of preg-testing when the heifers reach 24 to 30 months-old (then the dry cows are tested). We keep the good young consistent performers and the rest go. We're pretty focussed on ensuring high fertility through the herd, and that strictness is giving us the ability to produce some beautiful heifers."

Mr Beauchamp said he mainly leaves the running of the Tully and Ingham operation in the hands of his capable staff as he's focussing on improving the country and the herd on their Bluewater property.

To aid with this objective he has been buying bulls from the Gold City Brahman Sale for the last two years.

"Peter Chiesa has really built up that sale, the lines offered are much more uniform and of higher overall quality than what was available there in the past.

"There's always a good selection of middle of the line bulls that are well suited to tough country, and you don't have to spend big money on them to bring them home."

At the 2019 sale, Mr Beauchamp bought a bull from Troy Lindsay, Toy Boy Brahmans, which is performing well on the Bluewater block.

"He's on tough country there and he has never lost a kilogram of beef. He went out with the purebred heifers at 22 months-old and the first calves by him are starting to hit the ground now."

He said Mr Lindsay is a lovely bloke to talk Brahmans with.

"Troy couldn't be more helpful. I'd buy a bull from him any day. He produces functional and correct cattle with masculine heads and reliable fertility in his females."

Mr Beauchamp said he's very happy to be in the Brahman business, and wants nothing more than to see the breed reach new heights of success.

"Modern livestock transport, polypipe and electricity, and the Brahman breed, have all really pushed my show forward in the 40 years I've been working with cattle."

Sponsored by
Small and middle sized growers facing uncertainty ahead of citrus harvest
Test
Australia's biggest property owner Gina Rinehart is selling almost two million hectares of her holdings in a breath-taking move to dispose of many of her stations across northern Australia.
Test
There were 313 cattle yarded at Mareeba last week.
Test
Toyota's HiLux ute retained its top spot for new vehicles sales in February.
Test
There were 4269 cattle offered at Gracemere on Wednesday.
Test
There was a yarding of 1140 at Blackall on Thursday.
Test
There was a yarding of 740 head plus 92 cows and calves at Eidsvold.
Test
Younger cattle sold to very strong rates at Monto last week.
Test