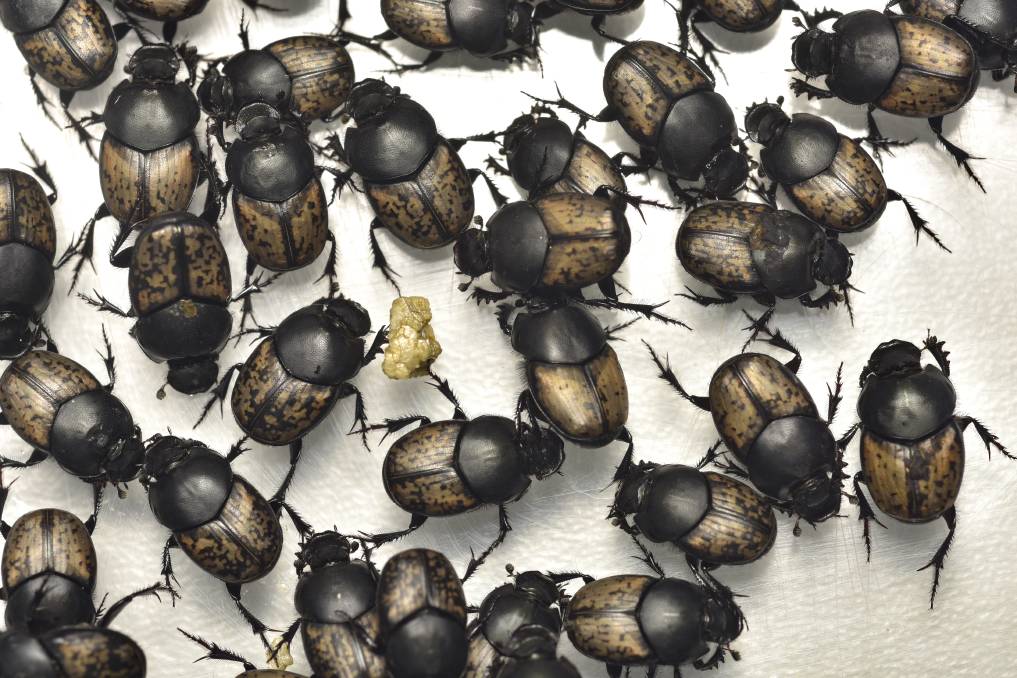 Dung beetles can help improve pastures by eliminating dung and leading to less habitat for flies and nematodes.

Dung beetles imported from Morocco can achieve impressive gain, with the pest reduction gains they bring estimated at up to $100/ha.

A NEW species of dung beetle has been imported into Australia to help fill seasonal gaps in activity of native dung beetle species and reduce the amount of animal dung for flies and nematodes to breed up in.

This journey gained an added layer of complexity when COVID-19 hit, meaning logistical problems in the exercise, however all were overcome.

The group of beetles' journey began last year when they underwent cleaning and rearing In southern France prior to heading to Australia.

They were then checked over by Aussie biosecurity officials before arriving at the CSIRO facility.

The beetles are the second dung beetle species to be imported to Australia through the DBEE project, which aims to import three new species to fill current seasonal and geographic gaps of dung beetle activity in southern Australia.

Results of the project are promising, with the introduced species credited with the significant reduction of fly and nematode pest numbers in Australia, improvement of pasture growth and recycling of soil carbon and nutrients.

While they are small creatures, team leaders are expecting big benefits.

The story Beetles set to get our pastures out of the crap first appeared on Farm Online.