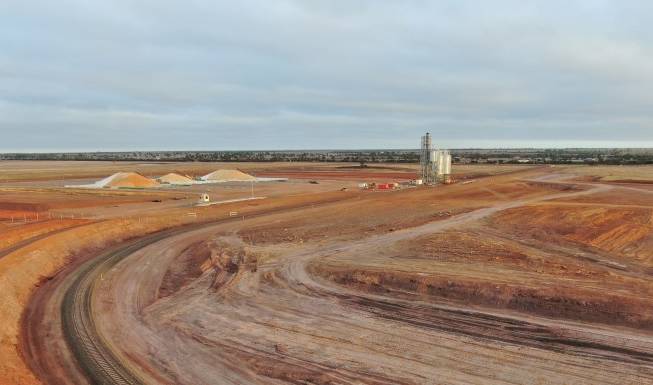 A survey has highlighted the challenges with freight infrastructure in the region.

Half of Central Highlands exporters have identified challenges with freight infrastructure, putting the need for road and rail upgrades in the region back in the spotlight.

The call to action comes from the Central Highlands Freight Task Analysis Survey conducted in June.

"The data demonstrates a significant demand to improve logistics connectivity for freight in and out of the Central Highlands," Mr Dowling said.

"This demand is only going to increase when you consider freight volumes in Australia are projected to grow by more than 35 per cent between 2018 and 2040, according to the National Freight and Supply Chain Strategy."

"The survey was further confirmation of a detailed study completed in 2015 by the Department of Main Roads and Transport that quantified freight imported and exported to and from the region and opportunities for supply chain savings using a multi-modal approach," Mr Doggett said.

The data demonstrates a significant demand to improve logistics connectivity for freight in and out of the Central Highlands. - Peter Dowling

Transport and Main Roads Minister Mark Bailey defended his government's commitment to improving Central Highlands freight infrastructure and said it stood to benefit from the $1 billion in new and accelerated roads funding announced by the Palaszczuk government in April.

"The funding will support dozens of local jobs across the various road projects in the region identified as priorities in the state's roads program," Mr Bailey said.

"That funding is driving our economic recovery by getting projects started quickly and workers into jobs as soon as possible."

"It won't come as surprise to those living and working in the Central Highlands that there are significant transport and road challenges facing the region, especially after the Palaszczuk government cut infrastructure spending by $12 billion," Mr Minnikin said.

Half of those surveyed identified challenges with freight options including schedules, infrastructure and ineffective costs of small loads.

The survey also found 62pc of businesses import goods and materials, with 59pc importing by road and 28.5pc via rail and air services.