There's a new Merino stud on the scene in western Queensland, and it received healthy interest when it staged a ram sale in Longreach last week. 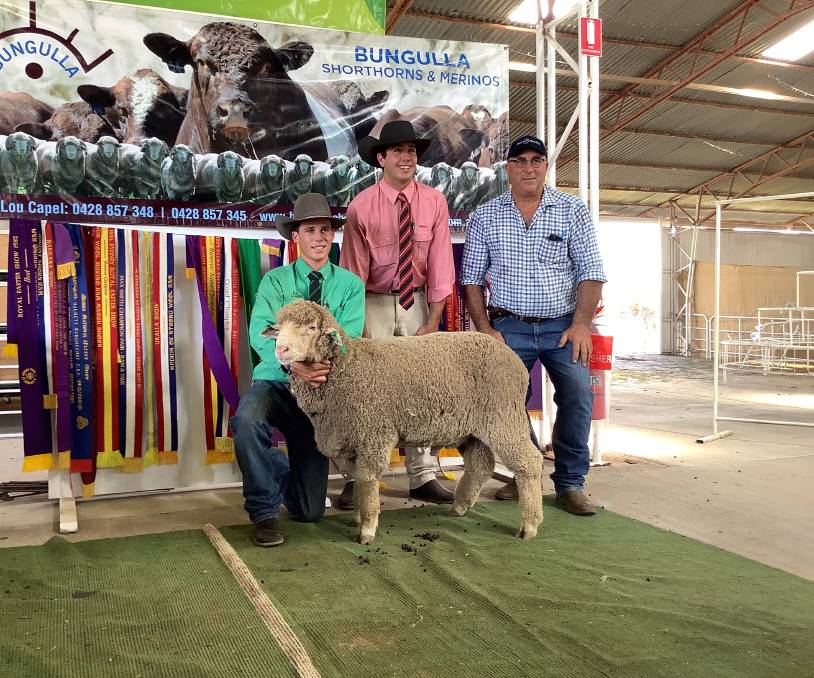 There's a new Merino stud on the scene in western Queensland, and it received healthy interest when it staged a ram sale in Longreach last week.

The Bungulla Merino Stud, based at Manilla in the New England region of NSW, was introduced to the region last year when it had sheep on agistment at Nogo Station near Longreach.

Stud principal Peter Capel said the interest shown in their sheep at the time among local wool producers planted a few seeds in the family's mind.

Then early in 2020 the Capel family purchased 15,175ha Laidlaw south of Longreach from Buckles and Ann Peacey, along with the sheep on the property.

"We talked to the agents here, who thought there was an opening to sell our rams," Mr Capel said. "We had a few more rams on hand at home than we needed too."

In a show of confidence, 75 of the 90 rams offered at the sale at the Longreach Showgrounds last Monday were sold for an average of $902, going to buyers from Quilpie, Aramac, Blackall, Longreach and Stonehenge.

Ms Dean bought two poll rams at the sale, saying she'd attended to support her new near-neighbours, but the rams that caught her eye were the uncomplicated style that suited her open country.

"I buy Woodpark rams from the Riverina because my country is very open and rams have to handle hot summers when I join," she said. "However, the top ram at Monday's sale was upstanding with good figures - I don't like to let a good ram go by."

She also bought at the Terrick Merinos ram sale at the start of the month and said she liked to try other bloodlines for comparison purposes.

Of the 19 people who took out bid cards for the Bungulla sale, 12 bought rams and Elders northern zone wool manager Bruce McLeish said they had at least three clients who came to have a look and ended up walking away with some excellent rams.

"I commend and congratulate the Capel family for showing confidence by bringing their genetics to the doorstep of Merino producers in western Queensland," he said.

"This shows a real vote of confidence that this style of sheep will suit the demands of the western Queensland environment."

Mr Capel said the Bungulla stud already sold rams to clients in southern Queensland where they did well.

"It's similar country here and we breed solid-bodied rams with quality white wool that handles summer rainfall," he said.

"The rams we presented were a real bread-and-butter example of flock improving rams that we specialise in.

"In all, the sale was a humbling and rewarding experience and we are very pleased with the result."

He also also said selling agents Nutrien, Elders and Schute Bell had been very supportive in getting the initiative happening, given that he and his family were flying blind.

"We had no expectations, we just wanted people to come and see our sheep," he said.

Mr McLeish said it had been great for the region's wool breeders.

"For instance, having the Capel family bring their sale to Longreach has given the Nunn family from Stonehenge the opportunity to secure genetics that they would normally have to travel to see in person.

"To bring 90 Merino rams to western Queensland and receive that response is a huge achievement and really shows the growth of the Merino industry in this area."

Mr Capel said it was too early to say whether they would breed rams at Laidlaw or continue to bring them up from their NSW base for future sales.

"We can't make too many plans, it's a work in progress," he said. "We intend to use the property for breeding and may fatten wether lambs back home."

Around 80 people in all attended the sale, opened by Longreach Regional Council mayor Tony Rayner in the newly renovated sheep and wool pavilion at the showgrounds.